Craddock thanks troops in Georgia 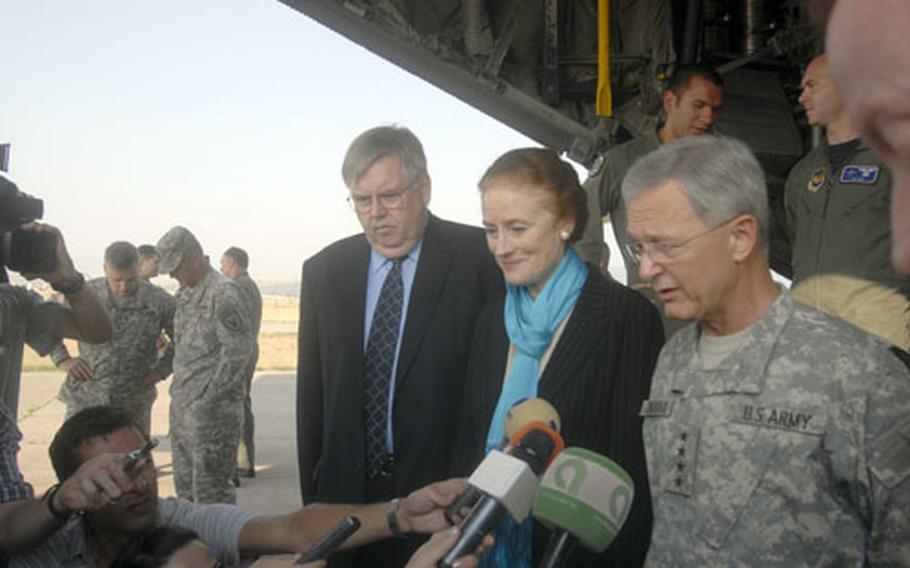 Craddock wrapped up his two-day assessment and assurance trip to Tbilisi by visiting the soldiers who served as trainers to the Georgian military for an exercise that ended just as the unexpected conflict began. The general also met with Ramstein Air Base pilots and air crew who landed at Tbilisi Airport earlier in the day with 16,000 pounds of humanitarian aid.

With Friday serving as the day Russian president Dmitry Medvedev assured foreign leaders that his troops would be withdrawn from most of Georgia, Craddock cast doubt on whether the deadline would be met.

The withdrawal of Russian troops from areas of Georgia is important for humanitarian assistance as well, said Henrietta Fore, U.S. Agency for International Development administrator.

"The access for nongovernmental organizations is extremely important," she said. "The access is so that food and water and necessary supplies are headed to the people in need and we can do assessments of the humanitarian need and the needs for reconstruction."

Additionally, the U.S. Coast Guard cutter Dallas is en route to Georgia with humanitarian supplies, and the USS Mount Whitney will ferry more such goods to the embattled Caucas-region nation in the near future, Dorrian said.