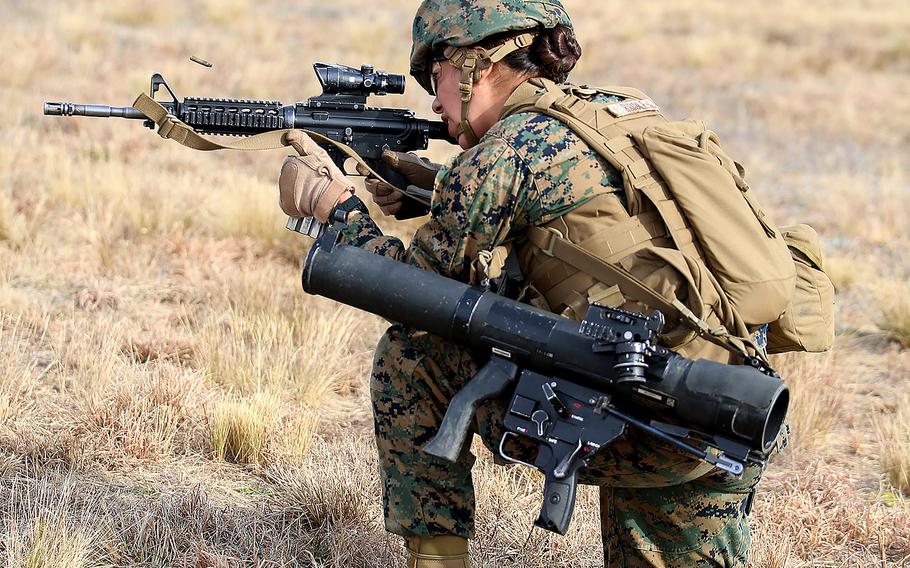 WASHINGTON — A panel of federal judges in California heard arguments Tuesday on whether the courts should weigh in on the male-only military draft now that the Pentagon opened all combat roles to women.

The case of National Coalition for Men vs. the Selective Service System had initially been dismissed because not all combat positions were open to women when it was first filed in 2013. Tuesday’s hearing in the U.S. Court of Appeals for the Ninth Circuit in Pasadena was originally set to discuss whether the 2013 dismissal had been appropriate.

However, Secretary of Defense Ash Carter on Thursday opened all remaining combat positions to women, in a move the Pentagon acknowledged “alters the factual backdrop” to the constitutionality of a male-only draft.

“It seems to me that there’s no need to argue whether it was ripe [appropriate for review] at an earlier time” given Carter’s announcement last week, Judge Ronald Gould said Tuesday. “The question is, is it ripe now in light of what the Department of Defense said so clearly?”

Gould, one of three judges reviewing the case, indicated Tuesday that he was inclined to send the case back to the lower court to have it reviewed now on its merits, given Carter’s announcement.

“As far as I am concerned, just speaking as one judge, that is probably what we should do,” he said.

Sonia McNeil, the Department of Justice attorney arguing on behalf of the Selective Service System, said the court should avoid a judgment that could impact the law before Congress has an opportunity to review it.

If the case is dismissed, it must be on the grounds that the outcome does not impact the plaintiff in a specific way or the issue was not timely for review.

Marc Angelucci, an attorney representing the Coalition for Men, a national advocacy group representing male interests in a variety of issues, said 18-year-old plaintiff James Leimeister of Houston has been impacted because he had to register for the draft solely on the basis of his gender or face fines, potential prison time and the loss of federal loans.

Judge Marsha Berzon questioned that argument, given the remedy would be that women also would have to register, which wouldn’t relieve Leimeister’s requirements.

The court adjourned, after both sides presented their arguments, with no indication when the judges would issue a decision.

Under the Military Selective Service Act, men must register 30 days after their 18th birthday with the Selective Service System, which could call upon them for compulsory military service in a time of war. They must stay registered until their 26th birthday. Failure to register has consequences, including prison, a $250,000 fine and denial of federal jobs or government benefits.

The Supreme Court upheld the constitutionality of the act in the 1981 case Rostker v. Goldberg. In that case, the court found that since the purpose of a draft in the case of war would be to fill combat positions, a male-only draft was constitutional since women were prohibited from combat roles.

In 2011, after a decade of war in Iraq and Afghanistan, Congress directed the Department of Defense to provide a review of its combat exclusion policies. In 2013, then-Secretary of Defense Leon Panetta ordered all remaining combat positions be opened to women by Jan. 1, 2016, unless the services provided compelling reasons to exclude some combat roles.

“Thousands of women have served alongside men in Iraq and Afghanistan, and like men, have been exposed to hostile enemy action in those countries,” Panetta wrote in a 2013 memo announcing his decision. “Integration of women into newly opened positions and units will happen as expeditiously as possible.”

Once Panetta began the process of opening combat roles to women, the coalition filed suit asserting the male-only draft was no longer constitutional.

“Especially now that the ban on women in combat is officially rescinded,” the coalition argued in court documents.

A lower California court dismissed the case in 2013 on the grounds that since not all positions were open to women yet, the case was premature.

In a legal analysis accompanying the Pentagon decision last week, it was noted the DOD would “consult with the Department of Justice as appropriate on these issues.”

White House spokesman Josh Earnest said last week that President Barack Obama’s administration would review the selective service law in light of the Pentagon’s decision on women in combat. A White House spokeswoman said Tuesday that there were no new developments in the review, and referred calls to the Pentagon.