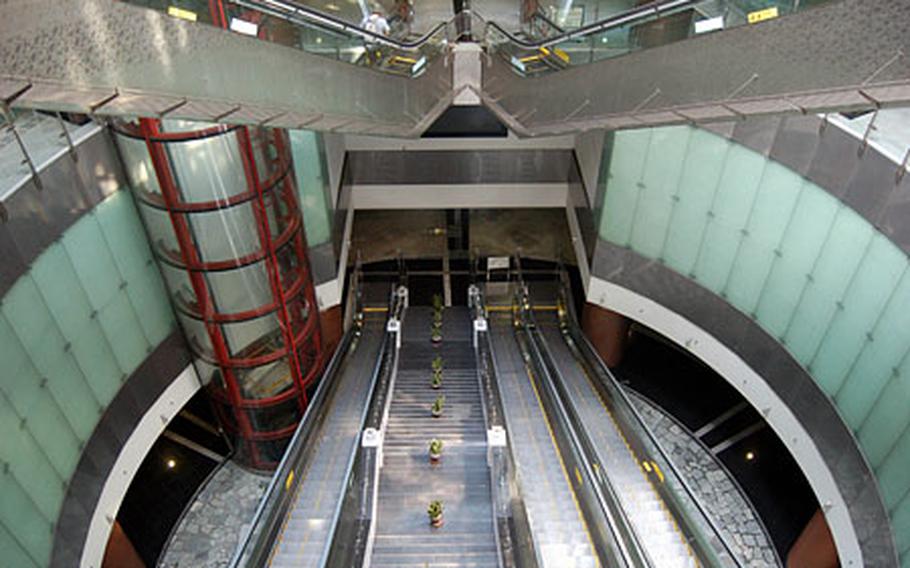 On Tuesday, a three-judge panel ruled that the South Korean government must pay the city of Seoul about 1.82 billion won ($1.93 million) in cleanup compensation for the leak at the Noksapyeong Station. (Jimmy Norris / S&S)

SEOUL &#8212; U.S. Forces Korea officials maintained Thursday that the source of a 2001 kerosene leak near Yongsan Garrison remains unknown, despite a recent court ruling that cited the base as its source.

A Seoul Central District Court three-judge panel ruled Tuesday that the South Korean government must pay the city of Seoul an estimated 1.82 billion won (about $1.93 million) to compensate for cleaning up a 2001 oil spill in a Noksapyeong subway station tunnel.

Because of the Status of Forces Agreement, the leak, if it came from a U.S. military facility, is the national government&#8217;s responsibility. South Korea can negotiate with the U.S. government for compensation.

USFK officials could not confirm Thursday whether any negotiations were scheduled.

&#8220;As we are not a party to the reported suit it would be inappropriate for us to comment directly on the judge&#8217;s findings or speculate on the future actions of either the [South Korean] or U.S. Governments,&#8221; USFK spokesman David Oten wrote in an e-mail.

South Korean officials detected the oil leak at the subway tunnel on Jan. 2, 2001, according to court documents.

USFK and South Korean workers worked jointly to determine its source. They found that &#8220;minor&#8221; quantities of gasoline had leaked from the base and were cleaned up at the time, Oten said.

Meanwhile, almost three gallons of kerosene were leaking into the tunnel daily, a South Korean Ministry of Environment official told Stars and Stripes in August 2001.

&#8220;The source of the kerosene contamination remains unknown and tests have been inconclusive,&#8221; Oten said Thursday. &#8220;USFK has a robust environmental program designed to safeguard the environment, and the Command acts aggressively to remediate known, imminent, and substantial endangerments to public health and safety.&#8221;

In December 2003, the South Korea Ministry of Environment and USFK jointly reported it was possible the kerosene originated from Yongsan Garrison because of underground water currents, according to the court. However, the ministry and USFK said the source could not be proved.

The South Korean court disagreed in its seven-page statement Tuesday.

&#8220;We can admit the fact that the soils contaminated with gasoline and kerosene leaked from the underground oil tank managed by USFK,&#8221; Judge Park Jung-ho said in the panel&#8217;s statement.