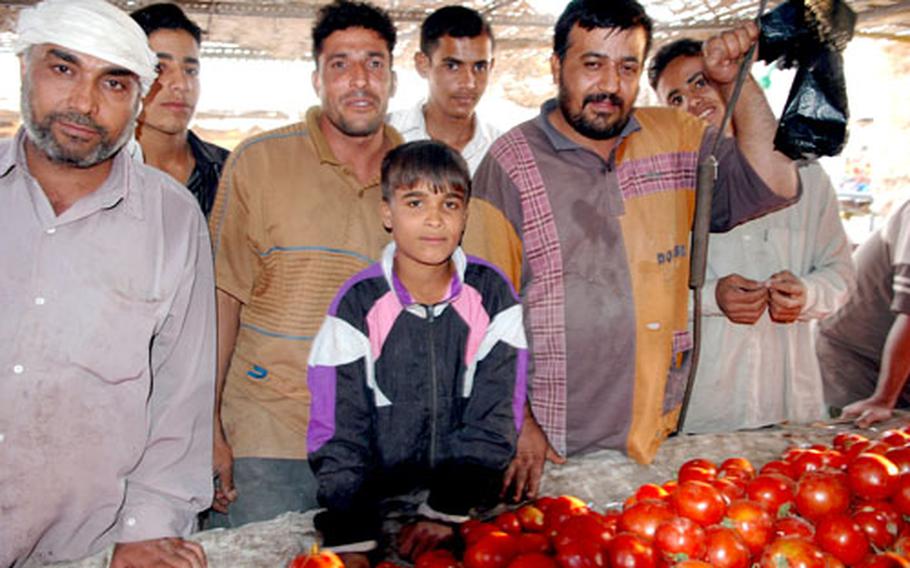 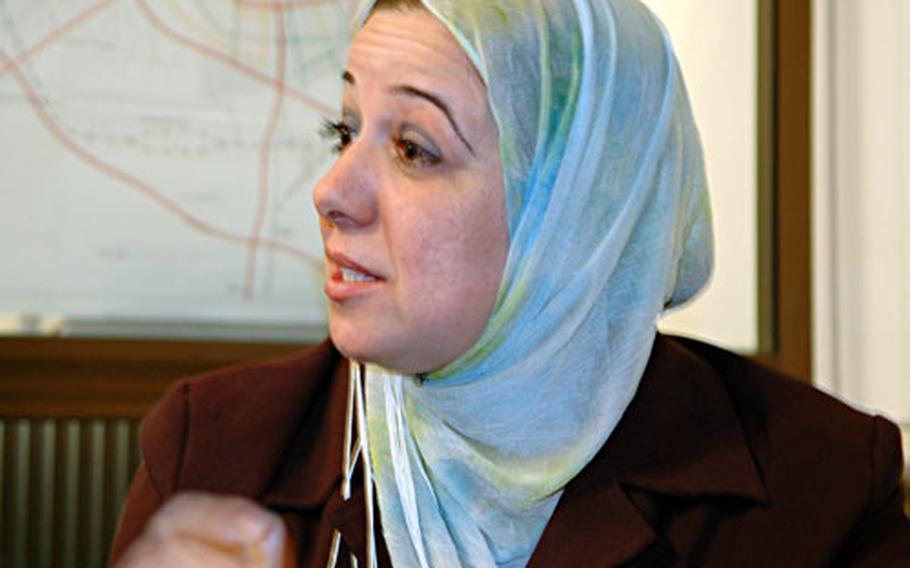 “Our hearts have been burned,” says Karada district advisory council chairwoman Taha Bushra. She and her colleagues on the elected council say they work hard to make local government accessible and helpful to the people of the area. (Anita Powell / S&S) 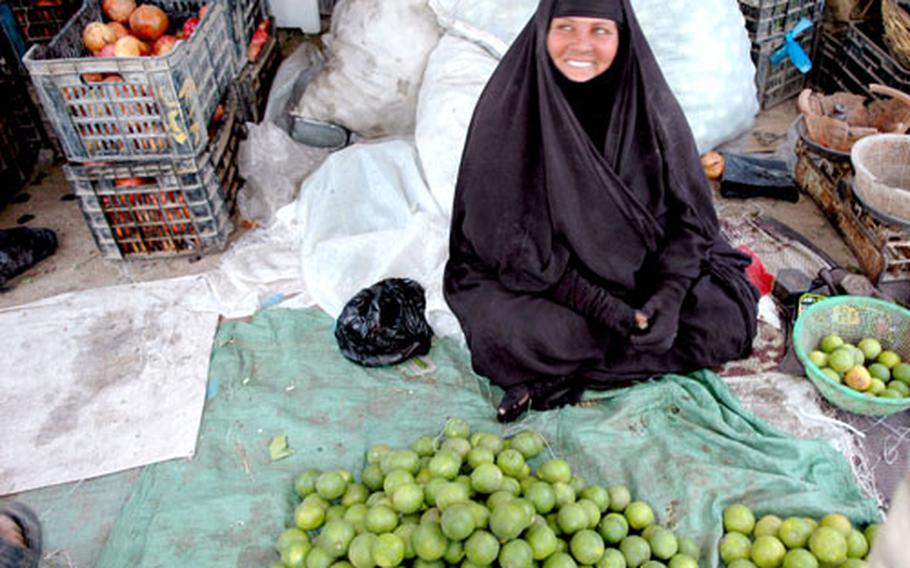 The trial of Saddam Hussein and seven of his associates &#8212; charged with killing more than 150 residents of the northern city of Dujail in 1982 &#8212; is scheduled to resume Monday.

A random sampling of Iraqis in and around the capital, a city that still bears numerous relics from Saddam&#8217;s 24-year rule, were asked what message they would like to give to the former dictator, if given the chance.

&#8220;I hope I see you in hell,&#8221; said tomato seller Radi Abd al-Hussein, 30, a Baghdad resident who has sold vegetables at an east Baghdad marketplace for five years.

Hussein&#8217;s 12-year-old son offered a simpler message: He held up an overripe tomato and asked that it be thrown at the former dictator.

Others were less virulent, but still negative.

While Hussein&#8217;s fate will be decided by a panel of judges from the Iraqi special tribunal &#8212; who have the option to confer the death penalty &#8212; the court of public opinion seems to have already settled his fate.

Naser offered a personal reason for his strong words:

Local leaders, too, said they&#8217;re working hard to overcome the legacy of Saddam Hussein &#8212; a legacy that affected all Iraqis.

An Iraqi media analyst, who asked that his identity be protected because he works with the Americans, said such feelings of hatred against the former leader are the norm in Baghdad. He estimated that 80 percent of people in Baghdad harbor ill will against the former dictator.

But the analyst said he also had encountered people who aligned themselves with rebel leader Muqtada al-Sadr, who has urged Iraqis to fight against Americans.

He said that many people in Iraq wish for a speedy resolution to the trial, and that most want the same outcome: &#8220;The majority of people think that Saddam should get the right punishment, which is, of course, the death penalty.&#8221;