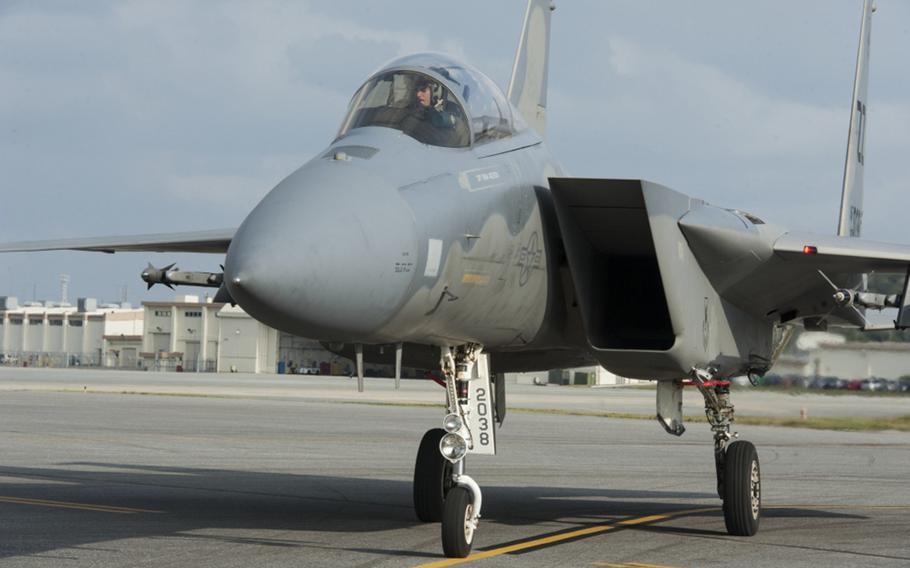 OKINAWA CITY, Okinawa — A Japanese court dismissed a demand Thursday by 146 Okinawans to restrict flight operations at Kadena Air Base because of aircraft noise.

The suit, filed against the U.S. government in November 2012, called for no flights between 7 p.m. and 7 a.m., and a payment of 1.5 million yen (about $13,000) to each plaintiff for health damages that included sleep deprivation, sleep disorders and noise-induced hearing loss.

The Okinawa City branch of the Naha District Court ruled that U.S. military activities in Japan are outside of its jurisdiction.

“All we want is to restore a livable environment. I wished our plight was heard by the U.S. government in court,” said Shusei Arakawa, 80, the director of a local child care center and leader of the residents’ group.

In a separate lawsuit, the residents are suing the Japanese government over noise generated from the air base, demanding suspension of noise in late and early hours and compensation for their health damages.

That ruling is scheduled for Feb. 23.

“What we are seeking is not money but quiet, undisturbed sleep at night and an environment in which children can play outdoors, free from noise that roars over their heads,” said Arakawa, a former Okinawa City mayor.

He said the residents would appeal Thursday’s ruling.

In November, a three-judge panel ruled that the Japanese government must pay 3,417 Okinawans roughly $6,614 each for legal expenses, because of aircraft noise at Marine Corps Air Station Futenma.

However, the panel dismissed the plaintiff’s demands to halt flight operations at Futenma, leaving some upset and vowing to appeal.