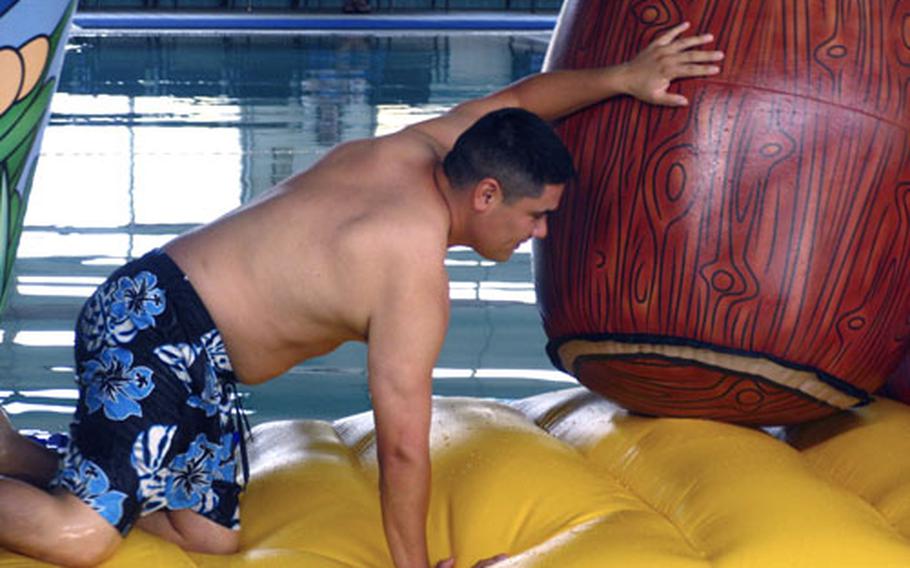 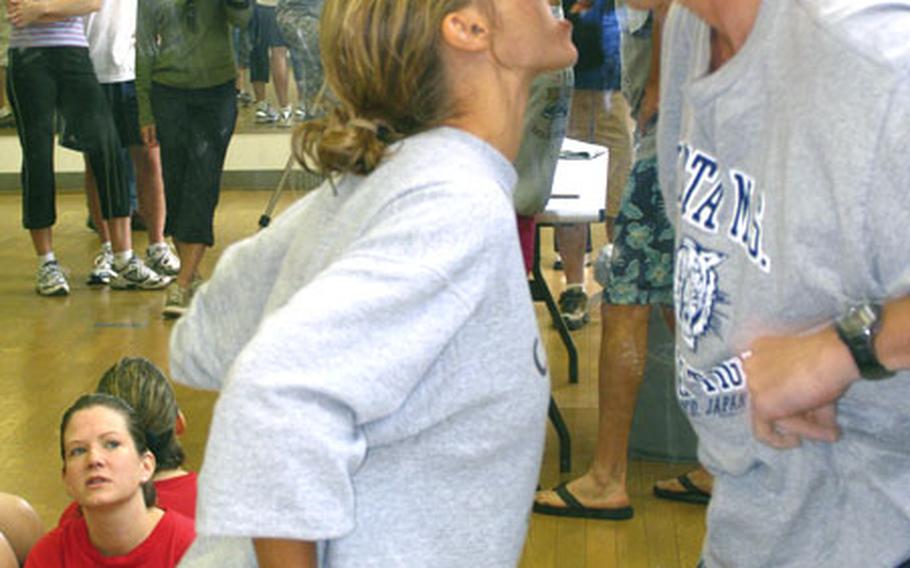 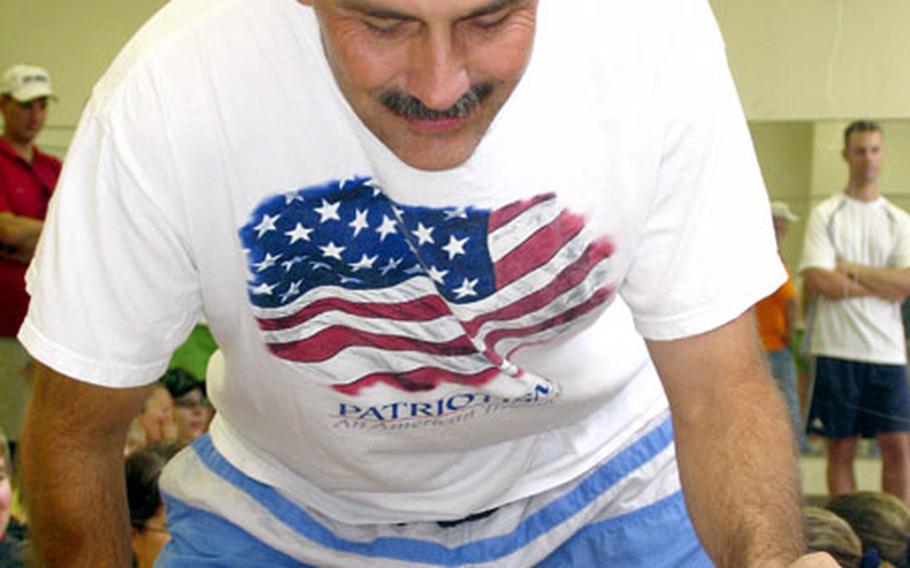 Navy Warrant Officer Matt Scott pauses before picking up a piece of octopus and passing it to his wife, Zina, during the eating stage of Saturday&#39;s second annual "Yokota Couples Fear Factor" contest. (Courtesy of Scott Champion)

YOKOTA AIR BASE, Japan &#8212; That Friday night Halloween party in the Yokota Officers&#8217; Club almost came back to haunt Bobby Myers on Saturday.

The Myers, married for 19 years, call themselves &#8220;huge Fear Factor fans.&#8221; On Saturday, they beat seven other couples to earn the grand prize: a weekend stay at the New Sanno Hotel in Tokyo and a new set of luggage.

&#8220;We wanted to put a different spin on it,&#8221; said Hugh Clark, Yokota Family Advocacy outreach manager. &#8220;The majority of couples lift and edify each other.

&#8220;Most relationships here are healthy and that&#8217;s what we want to celebrate: the healthy aspect as opposed to the negative aspects that tend to come up when you mention domestic violence.

Saturday&#8217;s showdown began with a physical challenge: The husband-wife teams were timed in relay fashion on an inflatable obstacle course set up in the pool, with penalties for touching the water. The field was narrowed to four for the repulsive eating stage, in which one partner had to pick up food with the mouth and pass it to the other for ingestion.

Added Bobby, &#8220;Maybe something like this can highlight the fact that families do stay together out there and are happy. Just look at us after 19 years.&#8221;

Other contestants Saturday were Eric and Tanya Hubbard, Brian and Christine Nefcy, Daniel and Kelly Sligar, Melvin and Tammy Pfeiffer, and Sylvester and Ebony Davila. All received consolation prizes, including free lunches from Bangkok Express.