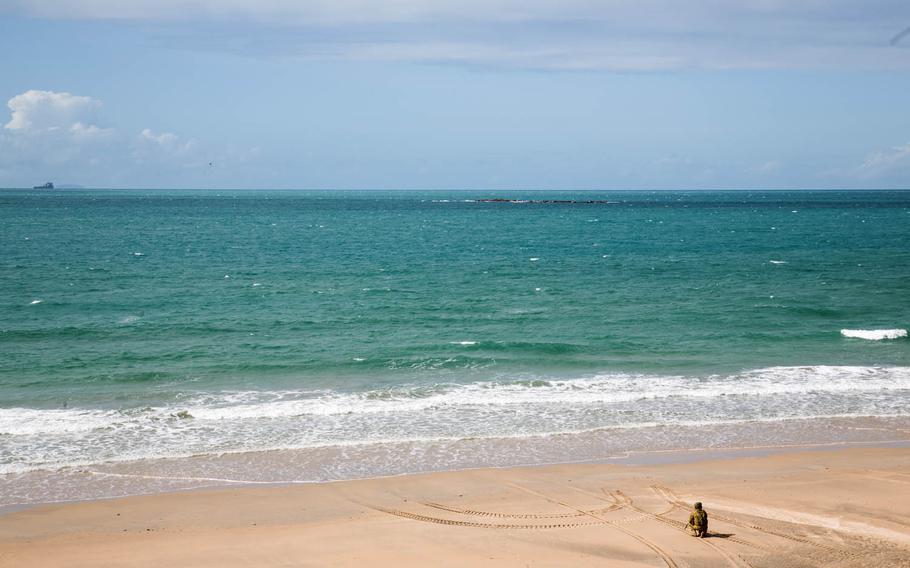 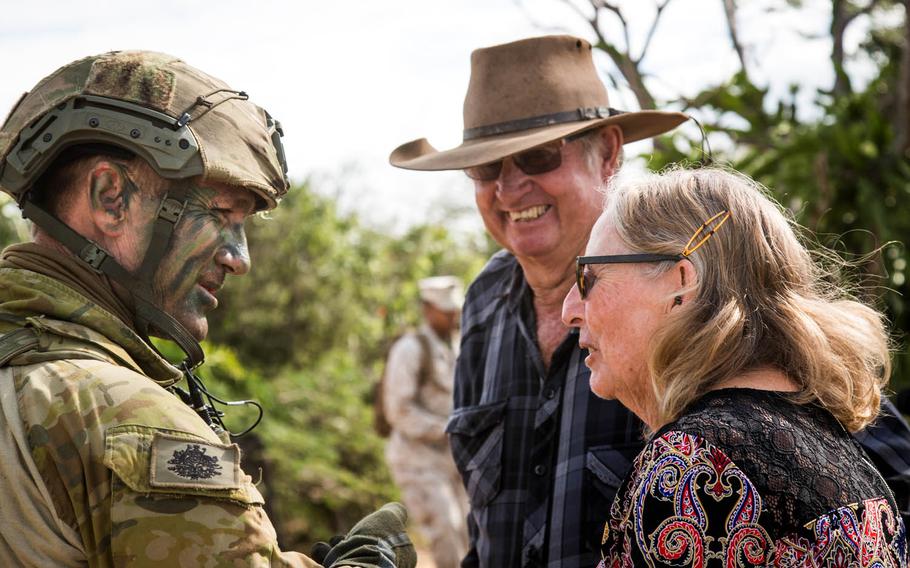 Fred and Evoyn Burns, right, were asked to share some of their oceanfront property on the coast of Queensland, Australia, for a Talisman Saber amphibious landing. (Marcus Fichtl/Stars and Stripes) 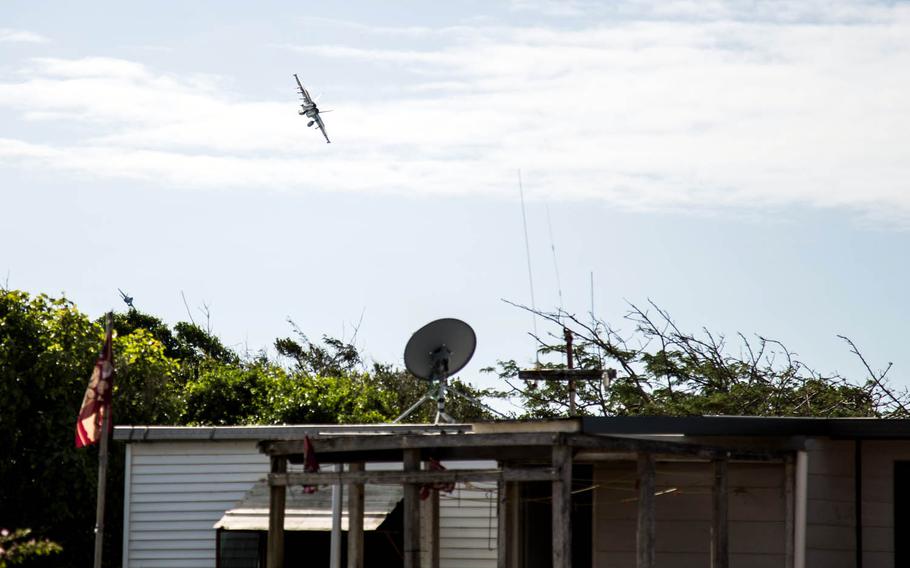 A jet flies over the home of Fred and Evoyn Burns during an amphibious landing, part of the Talisman Saber exercise, in Queensland, Australia, Thursday, July 13, 2017. (Marcus Fichtl/Stars and Stripes)

Last week’s drill — part of the monthlong, multinational Talisman Saber exercise underway in Australia — needed some oceanfront property. So, three months ago, Fred and Evoyn Burns were asked to share a bit of their personal paradise on Queensland’s central coast.

After a bit of negotiating, the couple told the Australian military “OK” and opened their retirement home just north of Shoalwater Bay Training Area, where 33,000 troops are taking part in the massive war games.

“It gave me goosebumps. It’s exciting; it’s unreal,” Evoyn Burns said as jets burned just over their beachfront home and landing craft crashed against the shore.

Asked why the military chose their property, Fred Burns said it’s because there’s nothing else like it.

“Where else will you find [3 km] of beachfront up that way, and [4 km] down the other way,” he said. “And if you get up in the morning and you see a foot track, you know something’s wrong.”

As tanks and troops quickly pushed across the beach and through their back yard, Evolyn Burns wasn’t worried about the tracks they left behind.

“They’ll be gone with the next tide,” she said.