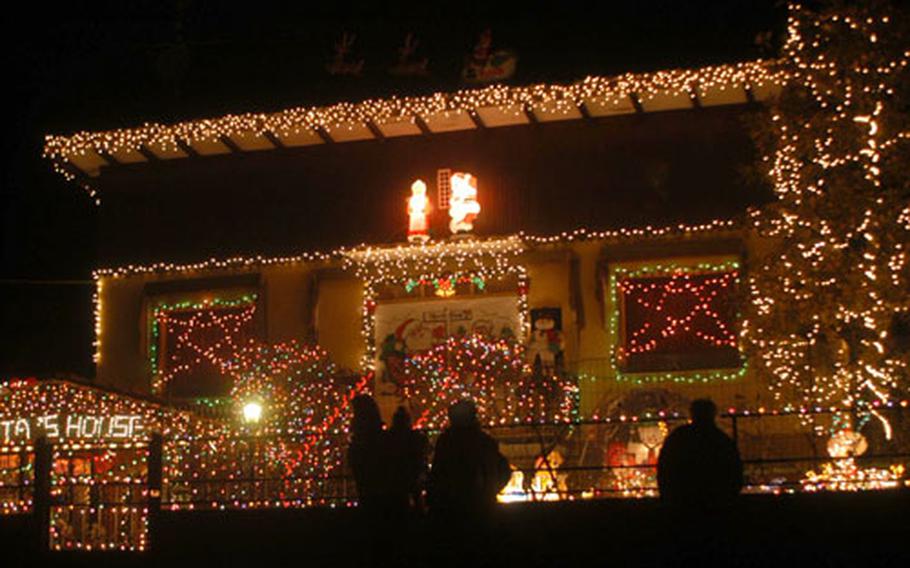 Italians have come from across the country to check out the Davis&#39; home. The lights are to stay on through Jan. 13. (Kent Harris / S&S)

Italians have come from across the country to check out the Davis&#39; home. The lights are to stay on through Jan. 13. (Kent Harris / S&S) Lit-up versions of Santa and Mrs. Claus watch over thousands of Italian children who visit the house, located a few miles from Aviano Air Base. (Kent Harris / S&S) 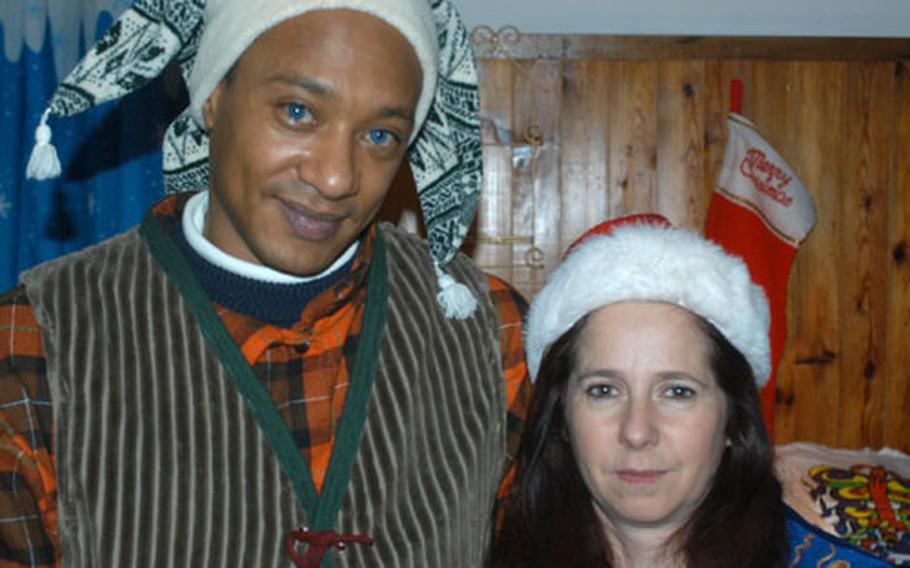 The Davis&#39; brought some American-style Christmas cheer to thousands of Italians over the last five years by going all-out to light their home in Marsure, Italy. This is the last year the decorations -- on display through Jan. 13 -- will be up, though. They’re moving to Spain in May. (Kent Harris / S&S) 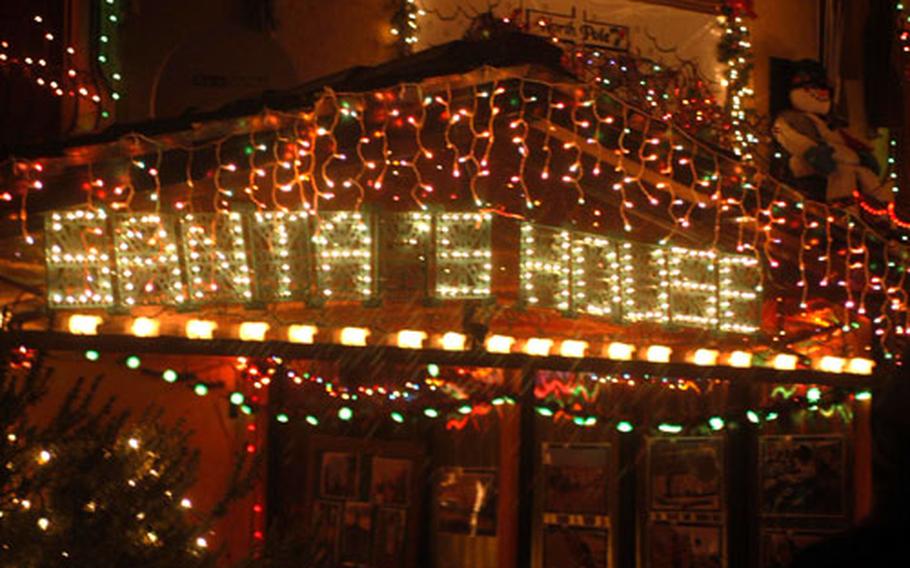 “Santa’s House” is actually the home of Air Force Tech. Sgt. Michael Davis and his wife, Katia. Their gift to the public is a light show featuring more than 35,000 light bulbs that draws lots of people who like to stop by and check out the extensive decorations. (Kent Harris / S&S)

MARSURE, Italy &#8212; Michael Davis didn&#8217;t intend to create a Christmas tourist attraction out of the home he shares with his Italian wife, Katia.

&#8220;Initially, it started out as a gift for her,&#8221; said Davis, a technical sergeant with the 603rd Air Control Squadron at Aviano Air Base.

The couple, who celebrated their 11th wedding anniversary Friday, met in Aviano in 1995 while Davis was serving his first tour with the Air Force. After they married, they served consecutive assignments at small bases &#8212; Woomera Air Base in Australia and Lajes Field in the Azores &#8212; during which, he said, they generally kept a low profile.

When they returned to Aviano, Davis decided to put up some of the decorations many Americans display during the holidays.

But there were. Word spread, and soon there were Italians driving from all around the area to see the house. The first display was five years ago, and the show and crowds have grown annually.

Davis said he added about 7,000 lights this year, bringing the total to around 35,000. There are dozens of displays around the yard, and the couple even converted its kitchen into a room for Santa and his guests.

Santa held court on the weekends leading up to Christmas, posing for pictures with children and handing out small gifts. &#8220;We had about 3,000 children this year,&#8221; Katia said.

Santa got some help on one weekend from three elves from Aosta &#8212; a city in northwest Italy near the French border &#8212; who showed up to offer their services.

Katia said that&#8217;s an indication of how word about the house has spread. They&#8217;ve hosted guests from as far as Sicily and Brindisi in southern Italy. Visitors have flown into Venice and then driven up to check out the display.

Davis said it takes about two months to set up the display and about as long to take everything down and pack it up. This year&#8217;s display, which will be up through Jan. 13, will be the last in Italy. The couple is moving to Mor&#243;n Air Base in Spain in May.

Davis said he doesn&#8217;t know how much money he&#8217;s spent over the years on the decorations, many of which come from the States. The couple ask for donations, but give all they receive to Terre des Hommes, a European human rights organization. Last year they raised about 3,500 euros for a project in Africa. This year&#8217;s proceeds will go to one in Peru.