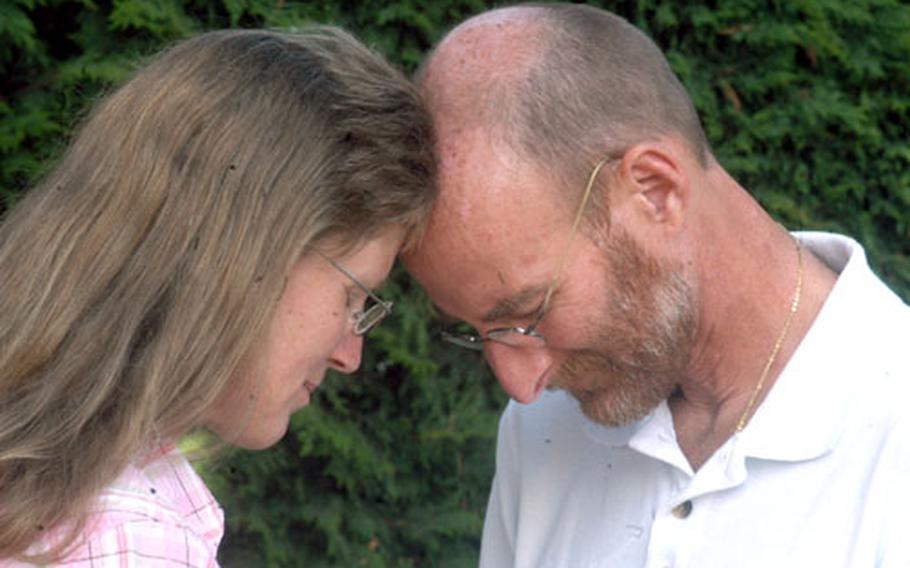 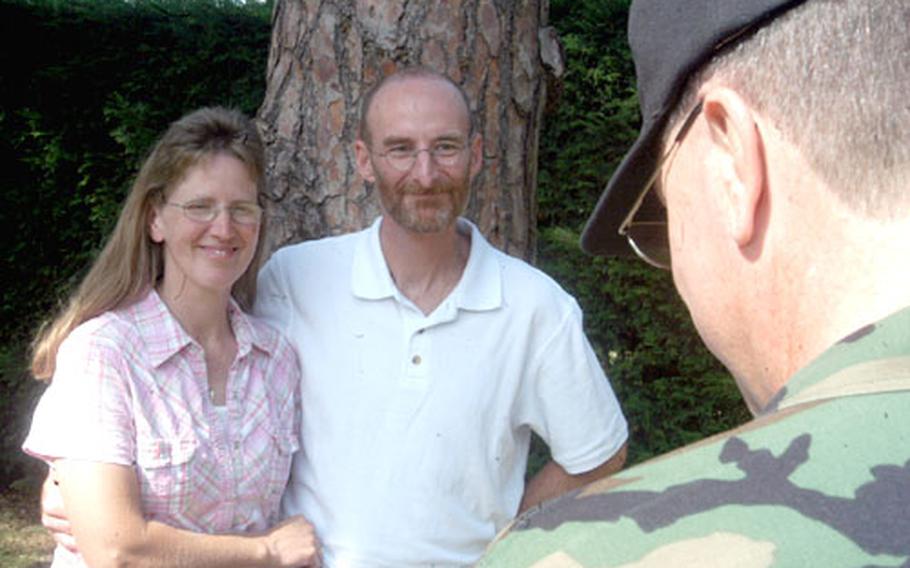 Tim and Laurie Temple reaffirm their wedding vows Tuesday at RAF Lakenheath, England, in a ceremony conducted by Chaplain (Capt.) Larry Kittle. Tim Temple attended school at the base in the 1970s when his father was a teacher. The park where the couple renewed their vows is dedicated to Temple’s father. (Ron Jensen / S&S)

RAF LAKENHEATH, England &#8212; Laurie Temple had been to RAF Lakenheath high school reunions with her husband and heard tales of the base in eastern England.

But the base held no special meaning for her. Until Tuesday.

Laurie Temple&#8217;s husband, Tim, surprised her Tuesday morning by taking her to the base and reaffirming their wedding vows on the site of a park dedicated in memory of his father, who died while teaching school in England in 1976.

The brief ceremony was conducted by Chaplain (Capt.) Larry Kittle and witnessed by Melanie, 13, one of the couple&#8217;s three children.

&#8220;This is where I grew up, basically,&#8221; he said. His only return was in 1977 to join the class he would have graduated with had his father, Charles, not died the previous year of liver cancer.

At the same time, he visited a park on base named the Charles R. Temple Memorial Park.

The park is now mostly covered by an expansion of the base gym, which Tim Temple said was appropriate since his father taught physical education.

Tim Temple said the couple often talked about returning to RAF Lakenheath, since it holds such a special place for him. Now his wife will be able to join in the conversations at school reunions.