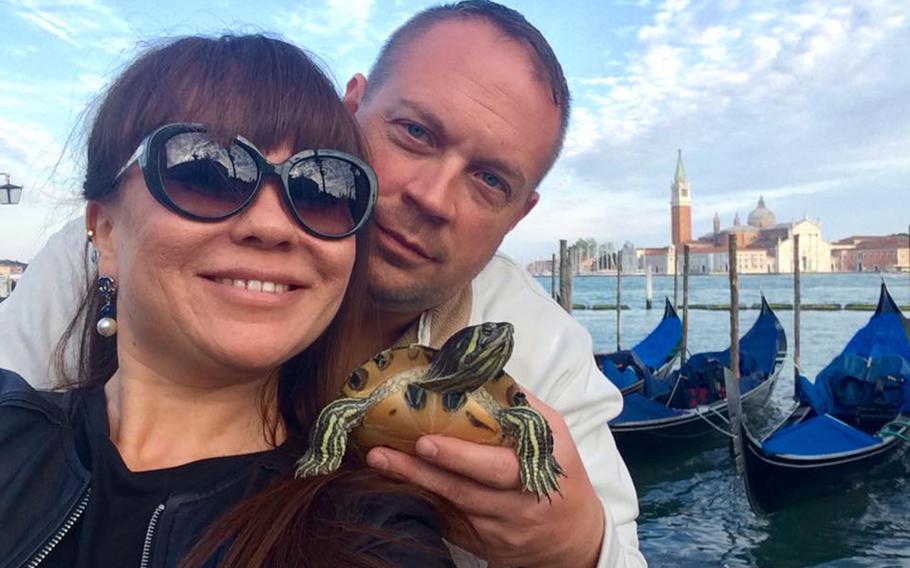 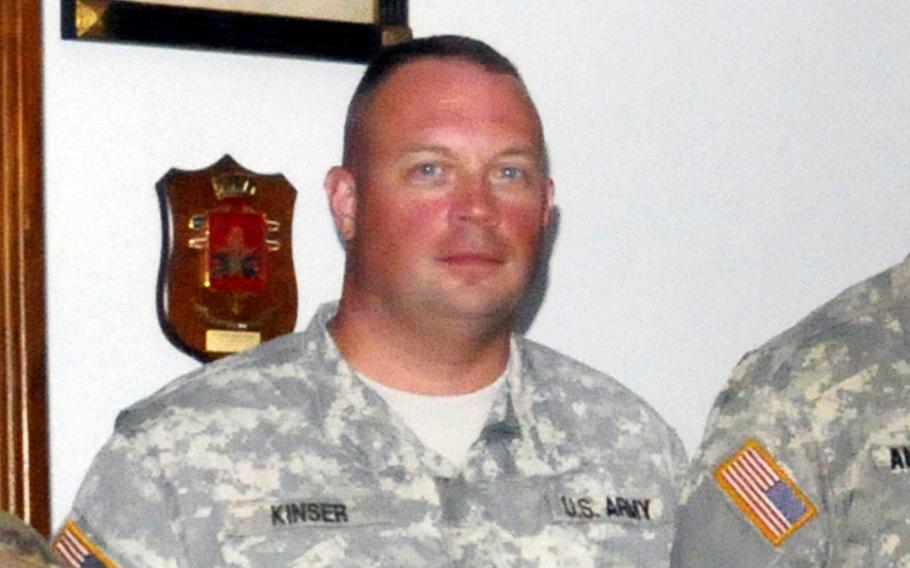 VICENZA, Italy — A couple found dead in a suspected murder-suicide on Monday have been identified as a retired U.S. Army major and his Russian-born wife.

Maj. Bradley Kinser, formerly a strategic intelligence research officer for U.S. Army Africa who retired in 2015, was found dead by local authorities in the bathroom of his home near Vicenza.

His wife, Leila, was found dead in the couple’s bedroom, according to Italian media reports, and had apparently been killed either by strangulation or suffocation.

Italian Carabiniere investigating the deaths said it appeared that Kinser had killed his wife and then slit his own throat, Italian media reported. Investigators found a note with the word “Sorry,” the shape of a heart and the letter U written in blood and stuck on the bedroom door, according to Italian media.

The couple were in their late 30s or early 40s.

The deaths were discovered after friends who were aware that Kinser was suffering from depression, including a Caserma Ederle chaplain, alerted authorities that they had not answered phone calls.

Kinser had served in Iraq and had lived in Poland, according to a Facebook page. Since his retirement Kinser had been working as a contractor for Inverness Technologies Inc. to provide “Soldier for Life-Transition Assistance Program” services in support of the Army Human Resources Command, authorities said.

Leila Kinser's Facebook page showed numerous photos of her pet turtle, Mashka. A post that went up at 8:51 p.m. on Saturday said, “I don’t have any more my Mashka I want to die.”

It was tagged “Leila Kinser is with Mashka Kinser.”