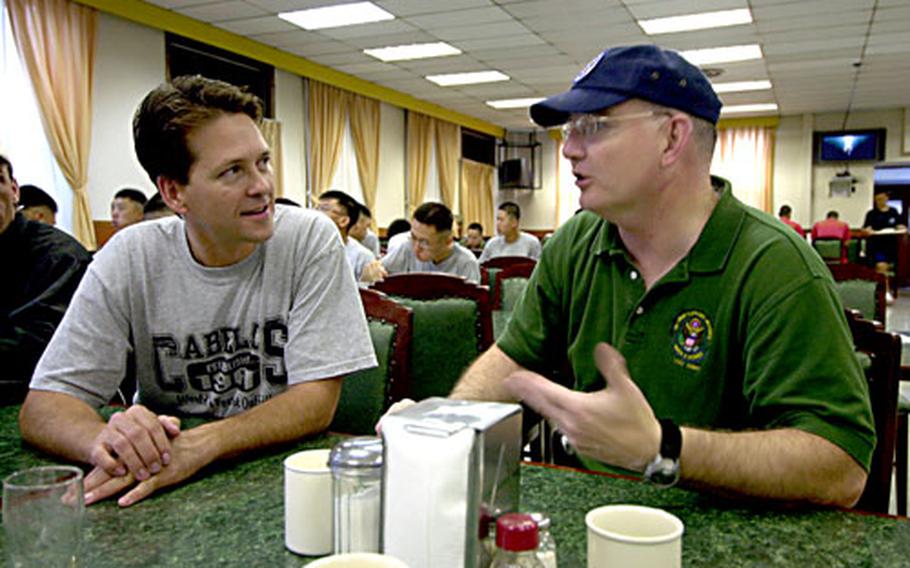 England, in Korea as part of a United Service Organizations tour, said he&#8217;s enjoyed meeting the troops and their families and said he feels a connection.

He said the people he&#8217;s met have told him stories about their homes and families.

It&#8217;s his first USO tour and his first visit to South Korea.

He said he thought his fans here get more out of the &#8220;hang time,&#8221; with him after the shows than they do from the music. England said he makes sure that everyone gets an autograph or picture after his shows.