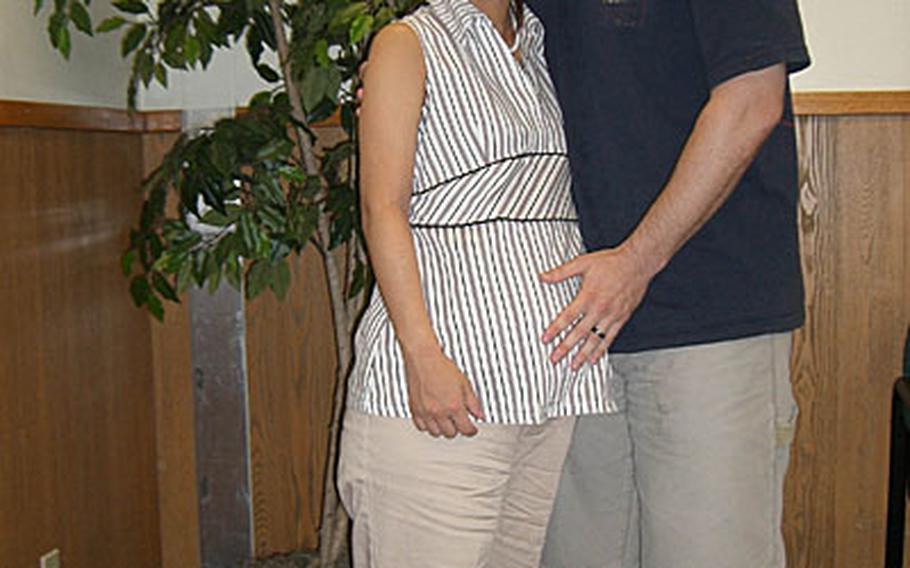 Air Force Master Sgt. Scott Bennett of the 353rd Operation Support Squadron on Kadena Air Base and Makiko Bennett have been married for 18 months. They are expecting their first baby in December. Makiko is pleased to see her American husband is well received among her family and Okinawan community. (Chiyomi Sumida / S&S)

Air Force Master Sgt. Scott Bennett of the 353rd Operation Support Squadron on Kadena Air Base and Makiko Bennett have been married for 18 months. They are expecting their first baby in December. Makiko is pleased to see her American husband is well received among her family and Okinawan community. (Chiyomi Sumida / S&S) 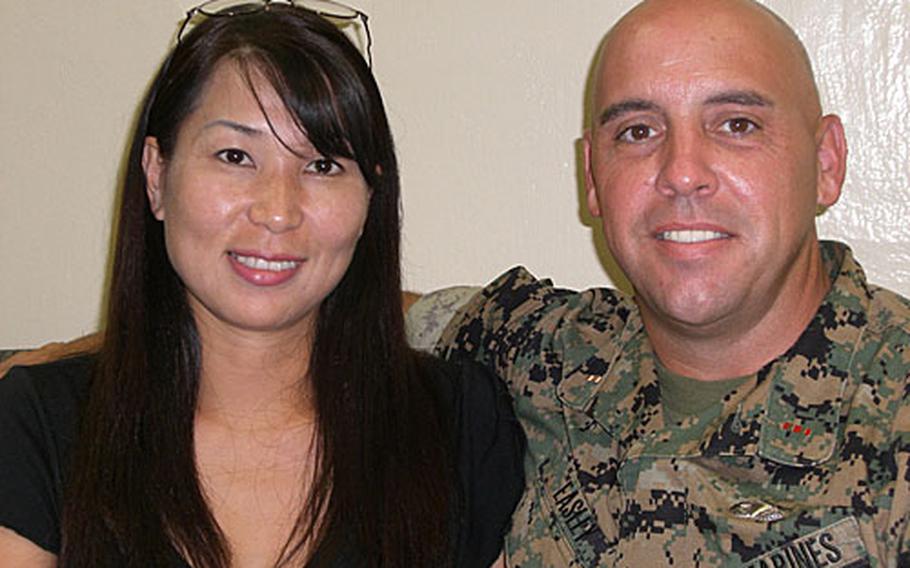 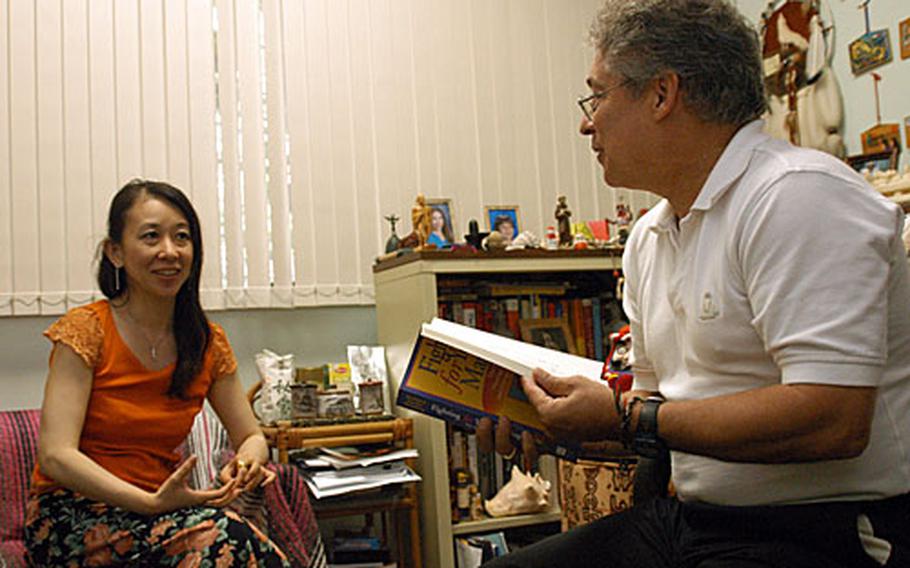 Fleet and Family Service Center counselors Hiroko Abe, left, and Mario Campa, right, work with military couples about to tie the knot at Yokosuka Naval Base&#39;s premarital seminar in Japan. The vast majority of the couples are American-Japanese, they said. (Allison Batdorff / S&S)

Kaori Miyanishi, who is working on her doctoral thesis on bicultural marriage at Kyoto University, said bicultural couples establish their own culture, apart from those of their families, by blending each other&#8217;s backgrounds.

&#8220;Through each other, they learn, broaden their views and enrich their life together,&#8221; she said.

&#8220;In Japanese society, we place importance on harmony, which I am still proud of, but I am beginning to learn that it is important to speak up when necessary,&#8221; said Bennett, whose husband is stationed at Kadena Air Base on Okinawa.

But Campa said about 70 percent of Japanese-American marriages end in divorce, compared to 50 percent of marriages of two Americans.

Money is the No. 1 stressor on a marriage, and bicultural ones are no different, Campa said.

Most U.S. servicemembers aren&#8217;t used to handing over their paychecks to their wives and being put on an allowance &#8212; a common practice in Japan, where women typically handle the family finances, he said.

Styles of communication also vary between the cultures, as Japanese believe in tatemae &#8212; the ability to socially lubricate a point by gracefully talking around it. Americans are honne, or very direct, Campa said.

And when children come along ...

In South Korea, children with an American parent and a South Korean parent hold dual citizenship until they are 22, when they must choose one. A South Korean loses his or her Korean nationality when he becomes a citizen of another country.Parents of babies born in Japan, including on U.S. military bases, with at least one Japanese parent must register the birth at the nearest municipal office within two weeks to get dual citizenship. If the baby is registered at the municipal office where a parent&#8217;s permanent address is registered, a copy of the family registration is not required.Parents of babies born outside Japan must contact a Japanese embassy or consulate and register the birth and claim his or her &#8220;reservation of Japanese citizenship&#8221; within three months. This process preserves the child&#8217;s Japanese citizenship until the age of 22, when he is given a chance to make his own choice of nationality.Sources: The Korean Immigration Service and the Naha Regional Legal Affairs Bureau of Ministry of Justice