Cost to move Sasebo ordnance to safer location would be high 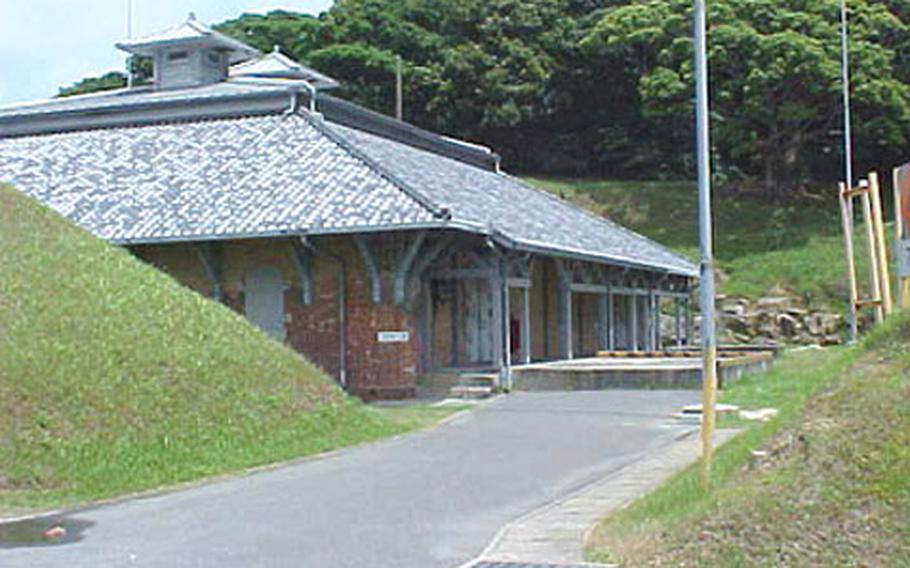 This magazine at the Maebata Ordnance Facility near Sasebo Naval Base was built for the Japanese Imperial Navy in 1913. (U.S. Navy)

The following correction to this story was posted July 28, 2006: A July 18 story about Sasebo&#8217;s Maebata Ordnance Facility should have said the industrial area across from the facility falls within an explosive arc; however, residential areas around the base do not.

It&#8217;s a bad arrangement for all parties &#8212; the families occupying the houses, the Japanese government responsible for their safety and the U.S. Navy, which operates the facility.

Sasebo city has complained about the arrangement for more than 30 years as additional houses, schools and an industrial complex have crept up to the depot&#8217;s edges.

Last year, the government of Japan agreed to discuss the issue with U.S. officials &#8212; the first step toward change.

The solution recommended at a joint committee panel meeting in December was to consolidate the facility with another, more remote one the Navy runs at Hario-Shima, about a half-hour away.

Hario-Shima is isolated, bigger and newer. But even though Maebata is a century old, it has many features Hario-Shima can&#8217;t match.

Bringing the proposed site up to par could cost an estimated $1 billion, said Lt. Cmdr. Jon Grant, who commands both facilities as ordnance officer.

Maebata&#8217;s assets are its natural features. Tunnel magazines are buried into hillsides and aboveground magazines are surrounded by heavy earthen berms. They stay cool and dry, a necessity for storing ordnance, and have enough space for storage and safe maneuverability.

Ordnance from 9 mm bullets to torpedoes to bombs is housed, repaired and stored on pallets at the facility for delivery to ships.

As ordnance has become more sophisticated, so have its storage requirements. A basic 1,000-pound bomb can rest stacked on shelves in a simple aluminum structure. But &#8220;smart&#8221; bombs &#8212; programmable computerized guided munitions &#8212; need air conditioning, humidity control and much greater security, Grant said. Maebata has been upgraded over the years for those conditions.

Simulating all that at Hario-Shima would take a lot of work, according to Grant.

And, he said, add to that the need to create more flat, stable space at hilly Hario-Shima, build a wharf to deliver ordnance to ships, and install basic utilities: Hario-Shima is so basic it lacks fresh water and electricity in much of the complex.

&#8220;We&#8217;re doing a lot of in-house planning about what would be feasible,&#8221; Grant said, adding the Navy, the Pentagon and Japan all have very inflexible rules and standards for munitions storage.