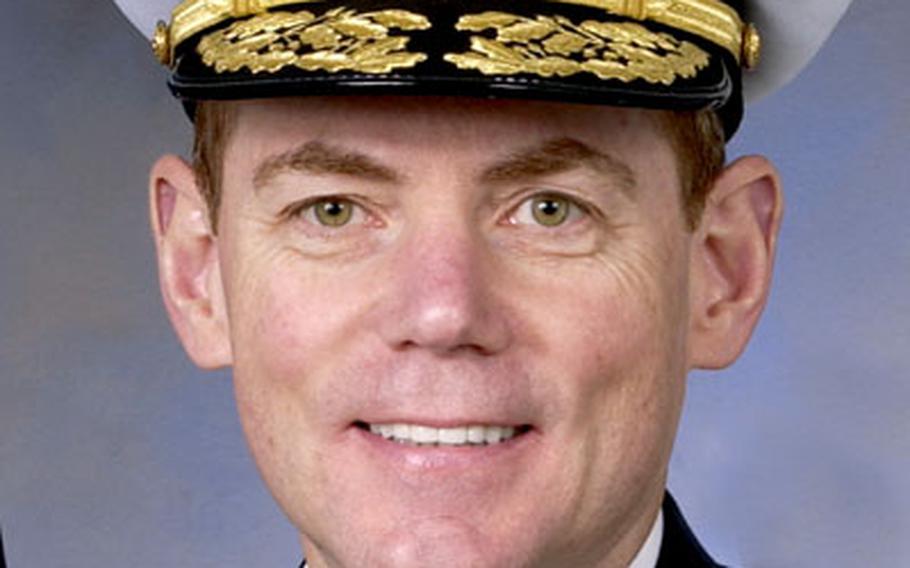 No timeline has been established yet for the change of command, and Walsh&#8217;s next move within the naval hierarchy has yet to be announced, a Navy official at the Pentagon said. Cosgriff&#8217;s nomination will go before the Senate at a later date.

Cosgriff currently serves as the deputy commander and chief of staff at U.S. Atlantic Fleet/Fleet Forces Command in Norfolk, Va. He has served his career in the surface fleet and is a &#8220;plank owner,&#8221; or was among the first to sail aboard the USS Wabash, a Wichita-class replenishment oiler that was commissioned in 1971 and then decommissioned in 1994.

Cosgriff graduated from the U.S. Merchant Marine Academy at Kings Point, N.Y., and then joined the Navy. He was among the first to receive a Master of Science in Strategic Intelligence from the Defense Intelligence College and earned the Naval War College Foundation Award for outstanding performance, the biography states.

Walsh, a naval aviator by trade, assumed command of NAVCENT and 5th Fleet, headquartered in Bahrain, in October 2005. He is traveling and was unavailable Friday for comment, officials said.