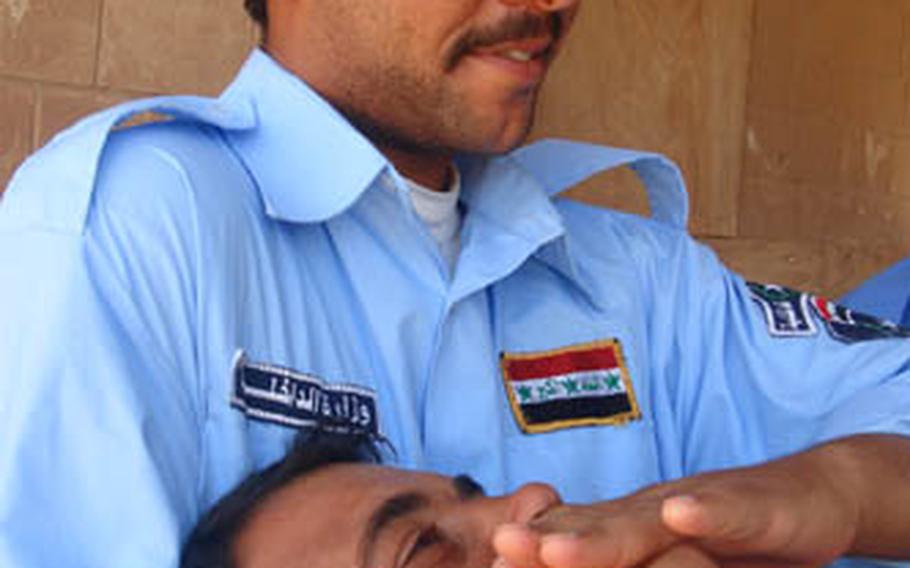 Iraqis learn to work as guards at a training site in Ramadi. (Michael Gisick / S&S)

Iraqis learn to work as guards at a training site in Ramadi. (Michael Gisick / S&S) 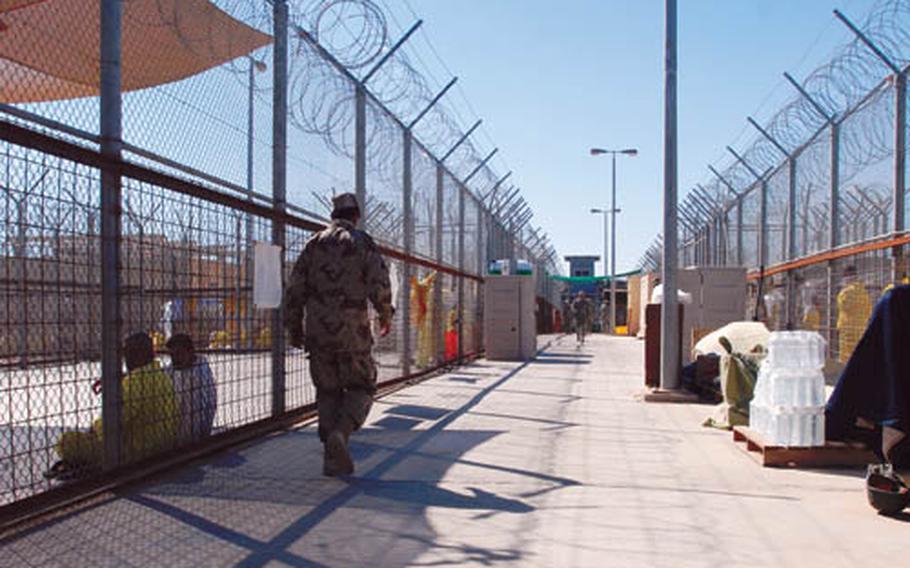 An Iraqi Correctional Officer patrols inside a compound at Camp Cropper, a Theater Internment Facility in western Baghdad. More than 1,700 Iraqi guards work at Camp Cropper and Camp Bucca. U.S. officials say they are being trained for the eventual handover of all detainee operations to the Iraqis. (Michael V. May / U.S. Army)

The five-day course is meant to address what U.S. officials see as the main problem at Anbar province&#8217;s 50 detention centers, which hold about 1,200 detainees. The jails are staffed by Iraqi police officers, and in most cases those officers have not received any training in jail work. In many cases, they alternate between the jails and patrolling the streets.

There, Iraqi guards man the catwalks surrounding the detainee blocks, among other duties.

Lt. Col. John Mayfield, an Army civil affairs officer attached to the Marines in Ramadi, described the course as "very basic" and said it was designed to train Iraqi officers who could, in turn, train other Iraqis.

He said the curriculum ranged from classes on human rights and the Geneva Conventions to record keeping, key control and hands-on classes in riot and prisoner control.

Marine Corps Staff Sgt. Bruce Hall, who led the 17-member group of trainers, said a few of the Iraqi officers from the provincial detention center in Ramadi were knowledgeable, but that officers from other facilities had "no standard operating procedure for handling detainees."

Most, he said, were "totally unfamiliar with the Geneva Conventions and human rights laws."

Hall said his trainers tried to impress on the Iraqis that the treatment of detainees would go a long way toward determining how those detainees would act once they were released.