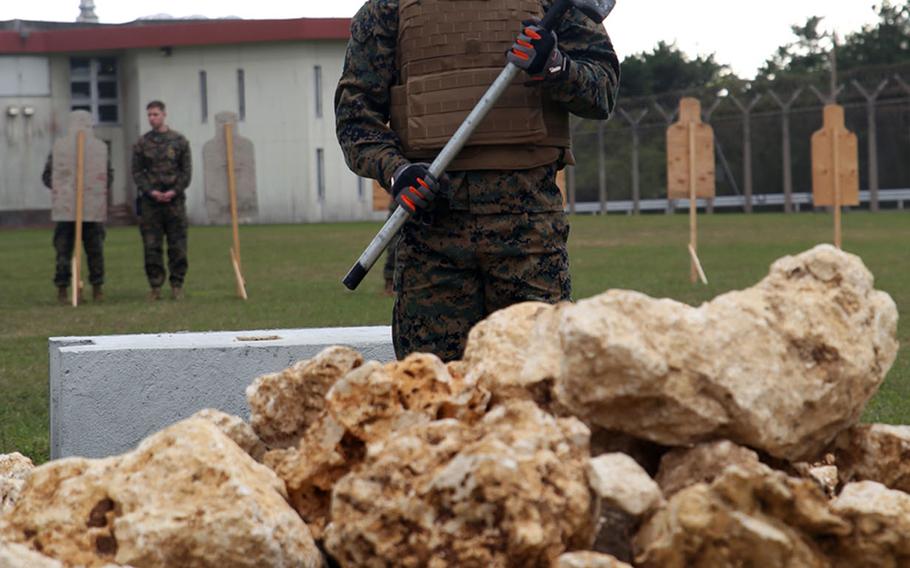 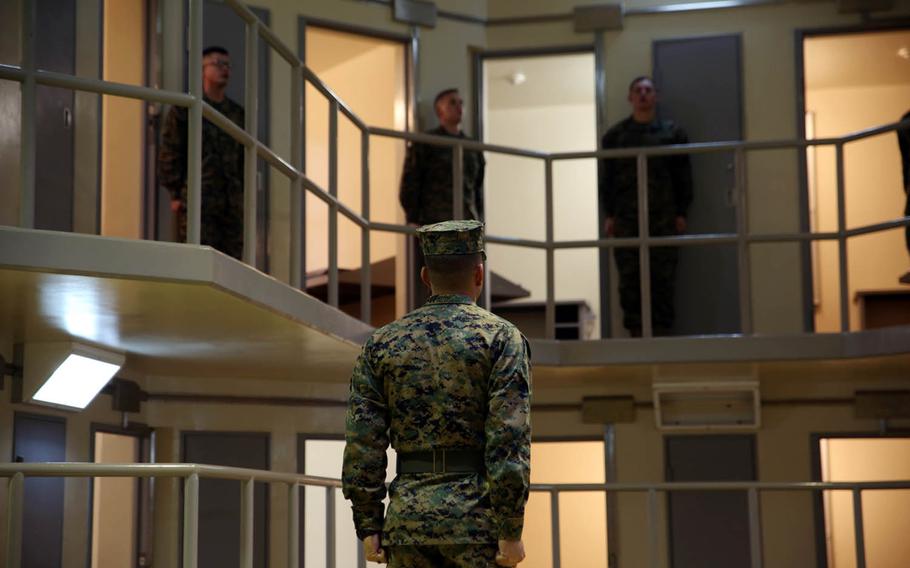 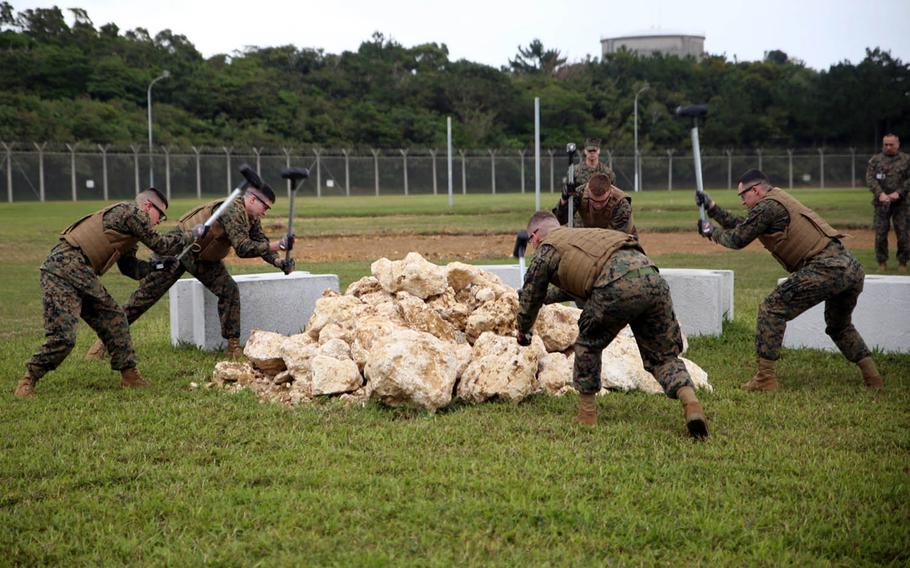 A new and improved version of the Correctional Custody Unit — dubbed “CCU 2.0” — is set to open May 2 at Camp Hansen, Okinawa. It is a penal institution and program that provides intensive training — such as combat fitness, educational coursework, formal uniform inspections, values-based relapse prevention and hard labor — to give commanders an alternative to discharging undeveloped or immature servicemembers who get in trouble.

While Marine officials were careful to say that the program does not include manual labor, part of the fitness requirements will see flak jacket-clad Marines pulverizing rocks with sledge hammers in the Okinawa heat.

The correctional units last operated in the United States and on Okinawa in 2004 when they were de-established due to “operational commitments” in support of operations Enduring Freedom and Iraqi Freedom. Marine officials hope bringing back the revamped CCUs will cut down on administrative separations and help Marines finish their enlistments honorably.

“The program has historically been an option to assist commanders with managing minor military offences for salvageable service members,” Marine spokesman 1st Lt. Edward Pingel, deputy director of Marine Corps Installations Pacific’s Communication Strategy and Operations, wrote in a statement to Stars and Stripes. “All military branches have utilized this program in the past as a preventative measure for administrative separation and understanding that mistakes young service members make do not define what they are capable of accomplishing in the future.”

The CCU program started in 1979 but became prevalent in the mid-1990s, around the time one was founded at Camp Hansen, Marine officials said. The Marine Corps hubs of Camp Lejeune and Camp Pendleton also had correctional units.

The CCUs were operated based on manpower, and due to mission requirements for staff, there were periods when the units were not in operation, Marine officials said. They were all shut down permanently in 2004 “solely due to staffing shortages,” while the U.S. military was preoccupied in Iraq and Afghanistan.

The decision to bring the CCUs back was made by Marine Corps leadership and staff who recognized that the maturation process, or “transformation” to becoming a Marine, does not end with the completion of boot camp, Marine officials on Okinawa said.

A Headquarters Marine Corps study showed that from 2010 to 2012, 33.6 percent of Marines receiving one or more nonjudicial punishments also received administrative separations before the end of their service.

“It is imperative that our Marines sustain the transformation they received during basic training,” Brig. Gen. Paul Rock Jr., command general for MCIPAC, said in a statement. “The new curriculum is designed to re-instill the values and high standards for which we as Marines are known.”

The second iteration of the CCU at Camp Hansen – which will be housed in existing facilities using existing staff – was slated to open Feb. 14, but was moved back to add more classes from the Training and Education Command and the revised Battle Skills Test program, MCIPAC brig commander Chief Warrant Officer 3 Brian Sheppard said in a statement to Stars and Stripes.

Participants are called “awardees” and spend either seven or 30 days under the constant watch and critique of a senior watch stander and assigned watch standers, Marine officials said. Each awardee receives an individual dorm room that includes a bed, a sink, water fountain and toilet.

The Marines and sailors in the initial operating phase will come from Marine Corps commands in Japan and will participate in instruction and training at classrooms and common areas at the MCIPAC brig and facilities at Camp Hansen. The program can accommodate 32 servicemembers at a time.

The curriculum is “designed to foster leadership and decision making abilities” and includes battle survival skills, Marine programs called “Thinking for Change” and “Prime for Life,” as well as a core-values refresher among other courses, Marine officials said.

“CCU 2.0 will rebuild damaged cohesion, self-worth, and Esprit-de-Corps, and will do so in a sustainable fashion - ensuring awardees are put back on track, with the tools to stay on track,” Sheppard said. “Awardees will be primed to complete their military service enriched by the internalization of our Corps’ ethos, ideals and values.”

Sheppard said it’s a misconception that manual labor is part of the program, despite the Marine Corps releasing photos showing Marines breaking rocks during a demonstration in January.

“All physical activities during this program are commensurate with field training exercises and combat conditioning conducted by the general Marine Corps population on a daily basis.”

Marine officials said the decision to bring back the CCUs was not in response to any previous high-profile crimes or incidents.

Marine officials said the program was extremely effective on Okinawa in the past, and they are hoping to replicate that success.

“The focus of the program is rehabilitation, not punishment,” Pingel wrote. “It provides intensive training and education designed to instill positive and sustained behavioral change.”