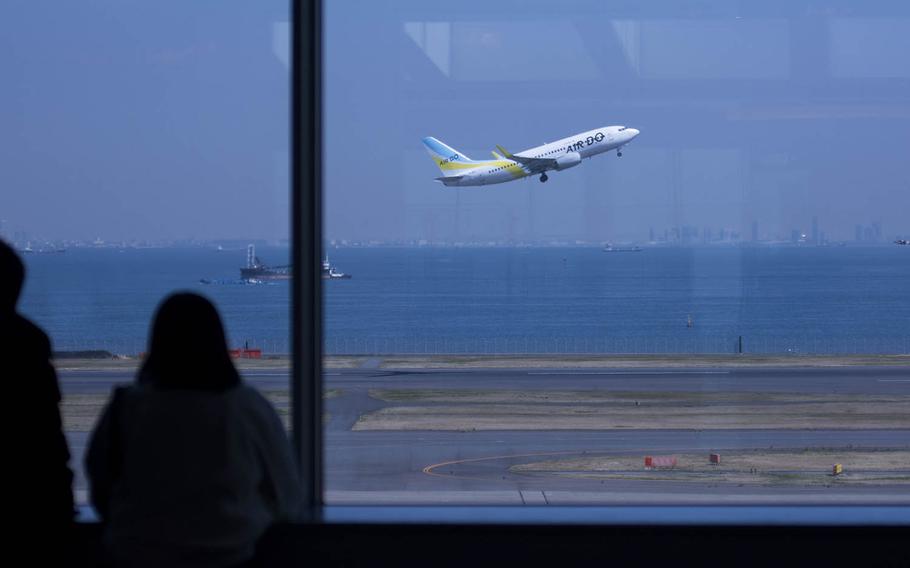 TOKYO — An American family that drew rebuke from Japan’s defense minister after skirting coronavirus restrictions in July has been barred from Marine Corps Air Station Iwakuni, and all U.S. military installations, for 10 years, according to Marine statements.

The family of four arrived July 12 at Haneda International Airport in central Tokyo and the following day boarded a commercial flight for Kintaikyo Airport, which shares a runway with MCAS Iwakuni, according to a news release by the air station Friday. Tests by Japanese authorities at Haneda later showed three of the family members were infected with the coronavirus.

According to the Marines, the family violated Japan’s Quarantine Act, along with orders in place from U.S. Forces Japan and MCAS Iwakuni to control the virus’ spread.

Japan at the time was experiencing the onset of a second wave of coronavirus cases.

Friday’s release came with an apology: “The air station expresses sincere regret to our Japanese neighbors for any anxiety caused by this incident and we will continue to strictly enforce appropriate COVID-19 risk mitigation measures.”

The family left Iwakuni on Friday for the U.S., according to an email Saturday from 1st Lt. Phillip Parker, a spokesman for MCAS Iwakuni, to Stars and Stripes. Parker said a family member employed by the Defense Department has resigned that position; Parker declined to identify the organization.

Earlier reports about the incident indicated a family of three; however, only three of the four family members tested positive for coronavirus, according to the release.

Defense Minister Taro Kono singled out the family at a news conference July 15 and called on the U.S. to tighten up its coronavirus testing and isolation procedures.

Kono said the family gave false information about its travel plans. He also cited the U.S. practice, afterwards curtailed, of housing military personnel newly arrived on Okinawa in an off-base hotel during their 14-day mandated quarantine.

At the time, U.S. personnel arriving at air bases in Japan were subject to quarantine but were not tested unless they experienced symptoms.

Not long after Kono’s statement, USFJ ordered anyone affiliated with the U.S. military, including service members, Defense Department civilian employees, contractors and family members, to test free of the virus before exiting quarantine.

The family’s ban, or “debarment,” followed a misconduct hearing Aug. 7, one day after the four were medically cleared. They spent 24 days of isolation in their base home, according to the statement.

The Marine statement indicated the family arrived at Haneda via a commercial flight from the United States. From Haneda, Japanese authorities cleared them to travel directly to their quarantine site, but not on public transportation. The next day they took the commercial flight to Iwakuni.

At the air station, they did not immediately enter quarantine, a violation of USFJ and base orders. The three learned their positive test results after entering quarantine, according to the Marines.

Contact tracing found no contacts linked to the family on the air station; of six traced off the station, none apparently contracted the virus, according to the Marines.

“While deeply regrettable, this incident caused no additional cases of COVID-19 within Japan,” the statement said.ditzler.joseph@stripes.com Twitter: @JosephDitzler