Core values — and fun — in the Wingman Day spotlight at Misawa 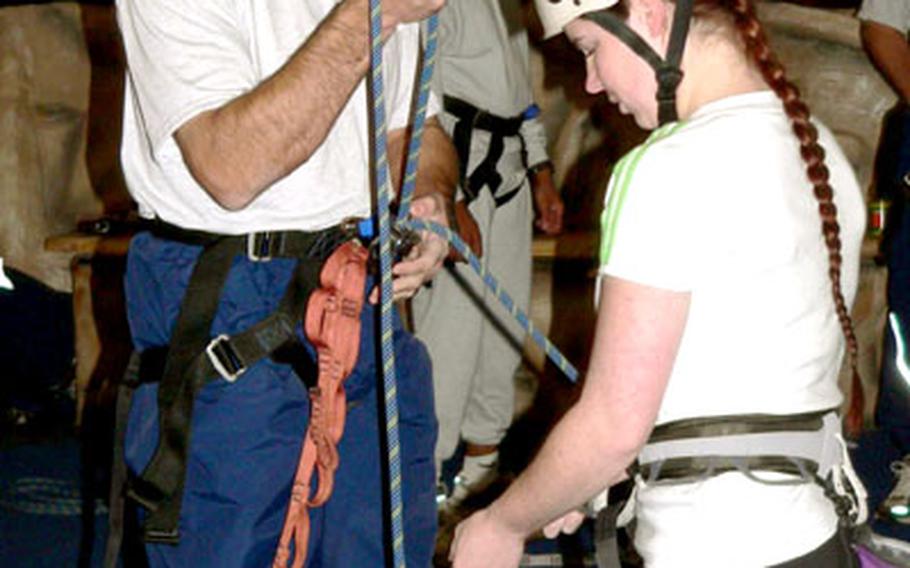 For a fighter pilot, those words from his wingman are as crucial to a successful combat mission as precise aim and quick fingers.

It&#8217;s a mindset that the Air Force is trying to expand beyond the cockpit.

Bases were to pick a day recently for the second annual Wingman Day. The normal routine stops for a day and units are to have fun together while emphasizing teamwork and the time-honored buddy system, both on and off the job.

&#8220;It gives us a chance [to foster] a sense of community and a chance to revisit our core values of integrity, service before self and excellence in all we do,&#8221; Angelella said.

Misawa kicked off Wingman Day on Wednesday. Before the morning frost melted, Angelella, 35th Fighter Wing Command Chief Master Sgt. Thomas Missel and the rest of the wing staff had scaled the indoor rock-climbing wall at the Weasel&#8217;s Den and played soccer.

Security Forces troops and medical staffers &#8212; sans uniform &#8212; bowled, and the 35th Services Squadron was up for dodgeball, to name some activities.

Suicide prevention was the impetus for the inaugural Wingman Day last year, according to Air Force officials.

At the time, according to the report, the 46 airmen who had taken their lives since Jan. 1, 2004, represented a rate of 15 per 100,000 for the year. Though that rate was a third lower than the comparative civilian 17 to 55 years-of-age population in the United States, it was the Air Force&#8217;s highest suicide rate in nine years, according to the article.