Copter that crashed was coming to aid of Afghan forces 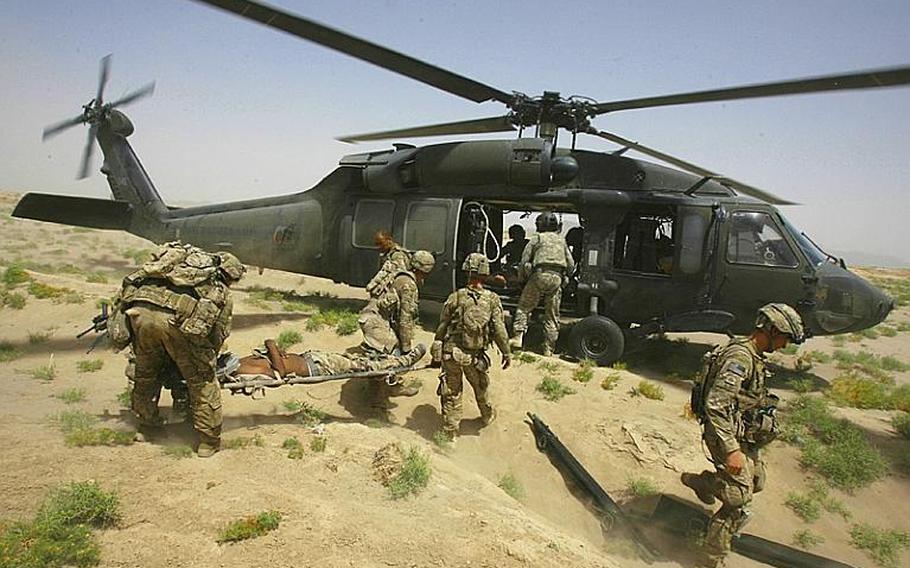 The UH-60L Blackhawk went down in Garmsir district around 9:40 p.m. while on a mission to pick up the wounded Afghans. The New York Times reported that four Afghan police officers had been killed and seven others wounded in a suicide attack at a police checkpoint, and that the American helicopter was flying to the scene to take the wounded to a nearby hospital.

The cause of the crash is still under investigation, though it is "very unlikely that crash was the cause of enemy activity," according to an official with the International Security Assistance Force. Coalition forces have secured the crash site.

The Taliban, on their English-language Web site, claimed to have shot down the chopper with "rocket fire" and cited unspecified higher casualty numbers, though their claims are often exaggerated.

Weather may have been a factor. Thunderstorms have been pushing through southern Afghanistan for the past few days, and Kandahar was experiencing steady rain Friday.As is standard practice, the names of the soldiers will not be released until families have been notified.

There have been several high-profile helicopter crashes in Afghanistan this year. In January, six U.S. troops died when their CH-53 Sea Stallion helicopter crashed in Helmand. And last month, 12 Turkish soldiers and two Afghans on the ground were killed when a helicopter went down in Kabul.

In August, insurgents shot down a Chinook transport helicopter in Wardak province, killing all 38 aboard, including 30 Americans and 8 Afghans. It was the largest loss of American life during a single day of the war in Afghanistan. druzinh@estripes.osd.milTwitter: @druzin_stripes