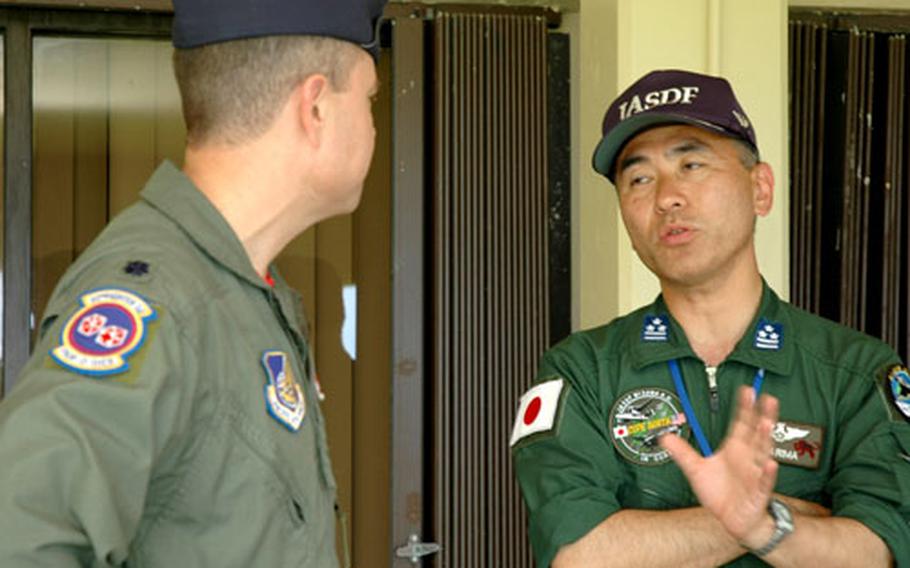 ANDERSEN AIR FORCE BASE, Guam &#8212; Japanese Air Self-Defense Force pilots spent the past week here doing something they can&#8217;t do at home: dropping 5-pound bombs from F-4s jets over a half-acre land target.

Japan has no live-fire air ranges, so pilots must use simulations rather than actual weaponry for drills, according to Col. Tatsuya Arima of Japan&#8217;s 8th Air Force Squadron.

It was the second year the self-defense force has used the Cope North training exercise for munitions practice while working on maneuvering and other drills with the U.S. Air Force, according to officials from both countries.

U.S. Air Force pilots from the 90th Expeditionary Fighter Squadron in Alaska, who are beginning a three-month deployment on Guam, represented the Air Force in the exercise, which started June 2 and ends Monday.

&#8220;I was really impressed with their abilities to effectively communicate,&#8221; said Capt. Matt Coldsnow, a 90th Squadron pilot who had never worked with pilots from a non-English-speaking country. &#8220;I thought that would be something to overcome.&#8221;

Instead, most of the Japanese pilots and officers spoke English and, in the air, only English was used.

The pilots worked in teams of two and made two bombing runs each day, said Maj. Jeff Doyle, who planned last year&#8217;s exercise and was a consultant for this year&#8217;s drills.

The training was to end Friday with an exercise allowing the Japanese to &#8220;fight&#8221; their way into occupied air space, drop bombs, then exit through the same enemy cover.