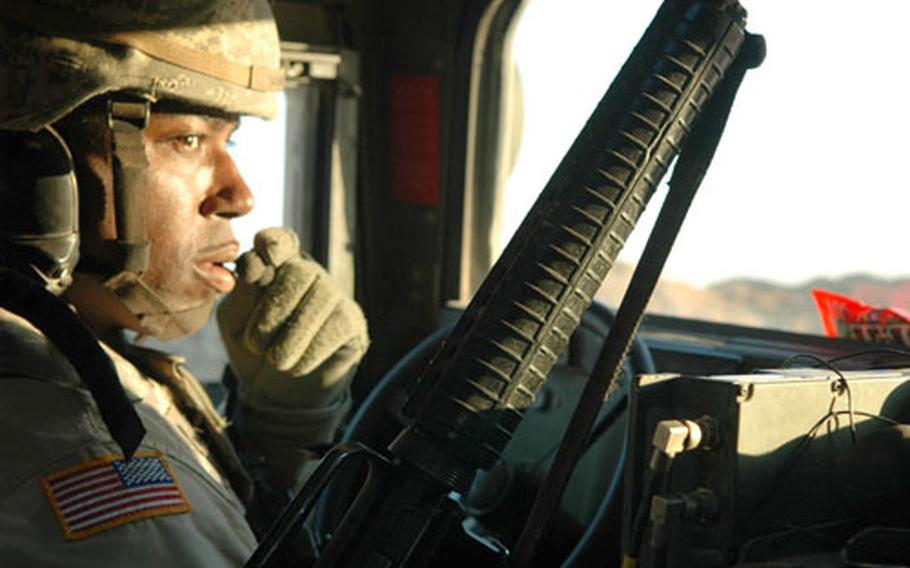 Sgt. Lehmann Skinner, 38, prepares to roll out on a convoy support mission in western Iraq. Skinner is a member of the 46th Engineer Battalion’s convoy escort, or Tactical Movement Team. (Monte Morin / S&S)

Sgt. Lehmann Skinner, 38, prepares to roll out on a convoy support mission in western Iraq. Skinner is a member of the 46th Engineer Battalion’s convoy escort, or Tactical Movement Team. (Monte Morin / S&S) 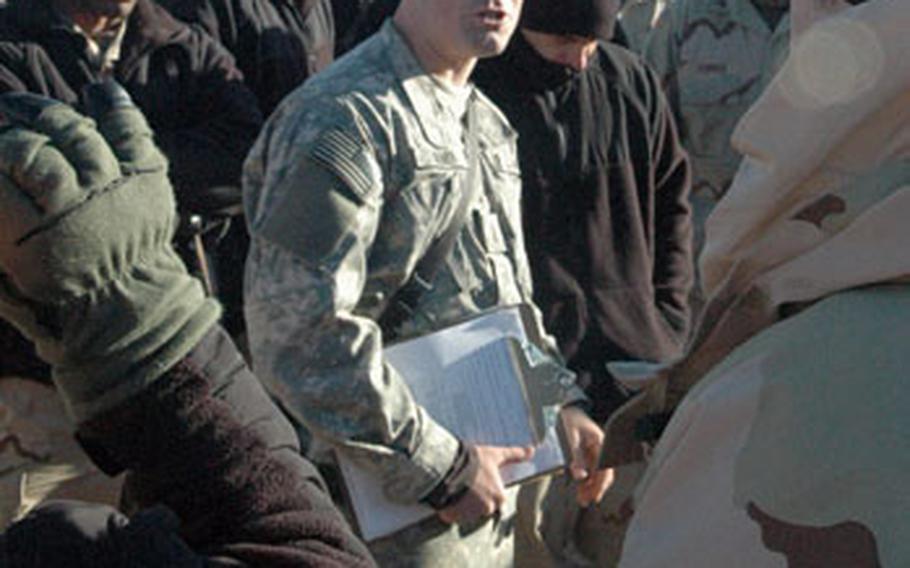 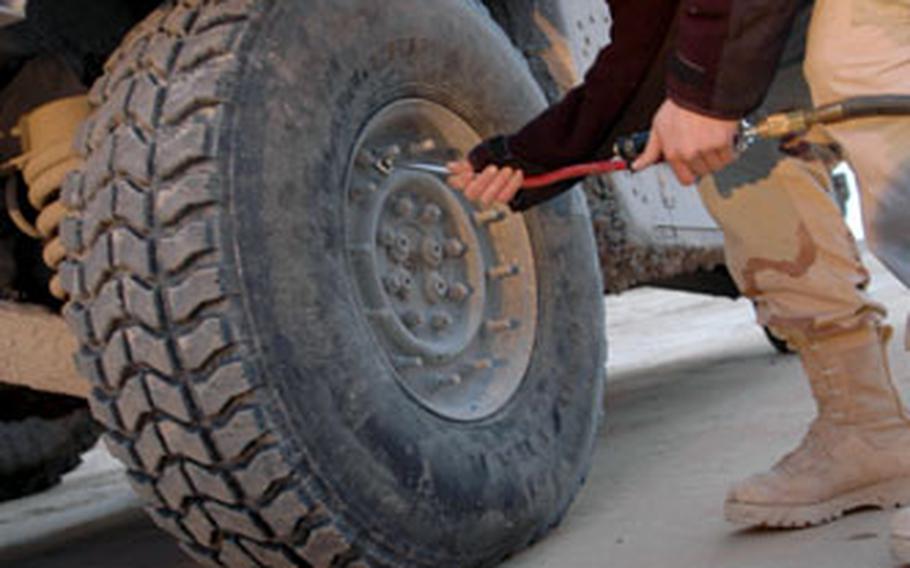 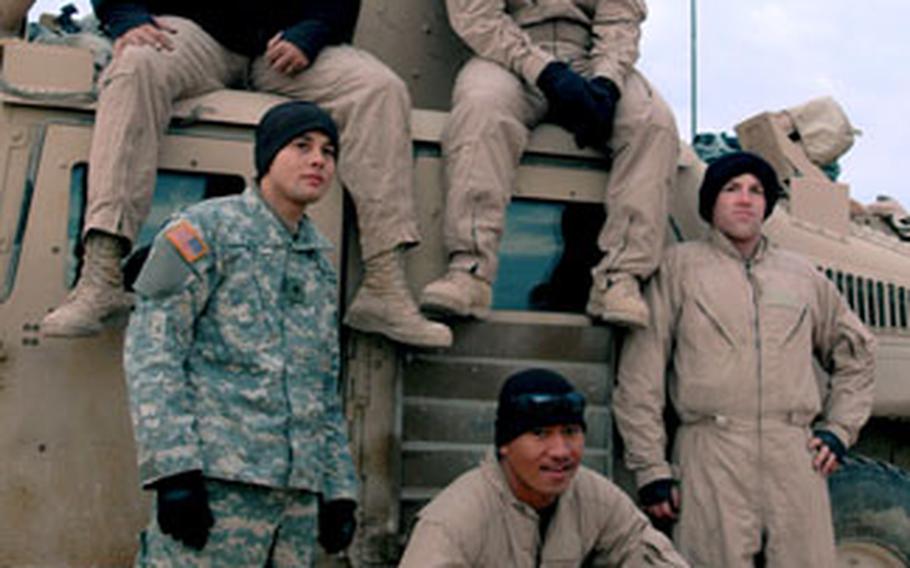 RAMADI, Iraq &#8212; Some people call it nerves, and other people call it the butterflies. Sgt. Lehmann Skinner has his own name for it. He calls it the Chicken Demon.

As a veteran of the first Gulf War, two recent Iraq deployments and assorted clashes throughout Central America, the 38-year-old New Orleans native knows all too well that gnawing sense of dread that infects a soldier during wartime.

It can take the form of a ghastly mental slideshow &#8212; a mind&#8217;s eye montage of roadside bomb attacks, burning vehicles, exploding ammunition, disfigurement and death.

As the oldest and most combat-experienced member of the 46th Engineer Battalion&#8217;s convoy escort, or Tactical Movement Team, Skinner said he&#8217;s counseled a few young soldiers who have confessed their fears.

Riding in a handful of Humvee gun trucks and recovery vehicles, the TMT escorts vehicles throughout Iraq&#8217;s western Anbar province. The job is one of the Fort Polk, La.-based battalion&#8217;s riskiest details.

When team members aren&#8217;t rolling to some far-flung outpost along a strip of blacktop cratered by roadside bombs, they&#8217;re winding through East Ramadi &#8212; about the most dangerous piece of real estate in Iraq at the moment.

So far, the unit has avoided any serious casualties in its first three months of deployment, but it has had a few white-knuckle rides.

A roadside bomb exploded on the Headquarters Support Company team on its very first run, flinging shrapnel into the lead vehicle and shattering the windshield of 1st Lt. Joe Kilner, 23, the convoy commander, but stopping short of causing physical injury.

On another occasion, the team was asked to investigate a suspected car bomb on a dark, desert highway. What they found was what appeared to be an abandoned tractor trailer. It&#8217;s hood was open, fuel leaked from its tanks and a tarp covered something unknown on the trailer bed. Chemical lights littered the ground.

Fearing that the truck was packed with explosives and that a triggerman was lurking in the shadows, soldiers kept their distance. When they were told by a command higher than their own battalion that they needed to dismount and investigate, they eyed each other.

The cargo was a shipment of soda, likely destined for a military dining facility.

Since the TMT is made up of volunteers, its ranks include cooks, fuelers, surveyors, mechanics and other specialties. Most of their missions have lasted more than a week, and one recent run kept them rolling between some of Iraq&#8217;s most austere military camps for 10 days. Comforts such as hot showers and hot meals were relatively few, but soldiers said they enjoyed such long-haul runs.

Perched in the gun turret of a Humvee, Clifton said it usually takes about 30 minutes before his hands become numb in the bitter cold of the desert night. Even so, he said he enjoys his job.

Not everyone is so excited to be providing armed escorts in Iraq, however.

Sgt. Michael Dixon, 33, was scheduled to muster out of the Army in January after being deployed to Iraq more than one year ago. However, Dixon found himself stop-lossed and deployed a second time with the 46th.

His ambition is to work for the Halliburton subsidiary KBR, where he dreams of earning almost five times his current salary.