Convicted airman is recaptured in England 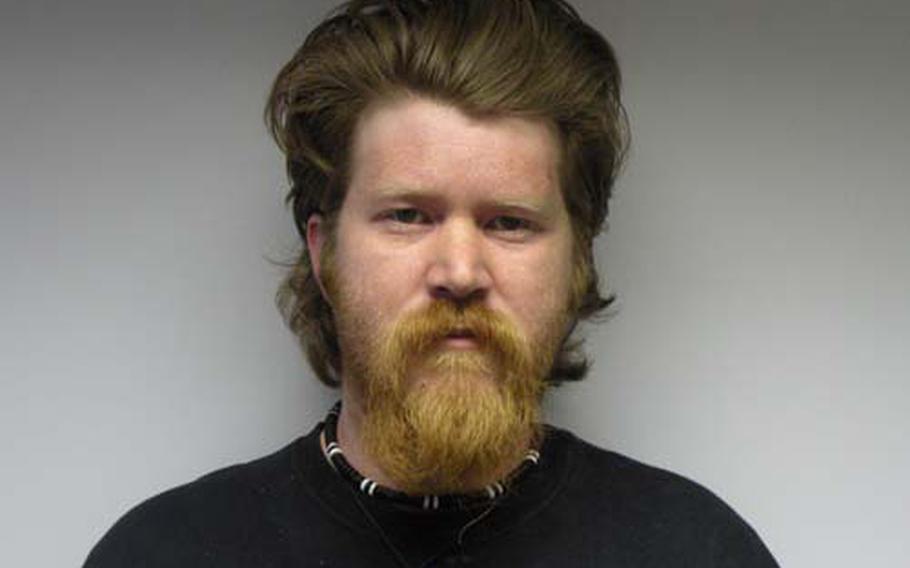 RAF LAKENHEATH, England &#8212; A convicted airman who escaped confinement and eluded American and British authorities for more than eight months was captured Wednesday night about 40 miles from this base.

A law enforcement team &#8212; led by the Air Force Office of Special Investigations &#8212; apprehended Airman Jeremy Parrott in the town of Ipswich just a day after he was featured on the June 2 edition of the British television show "Crimewatch."

Parrott was picked up on the street in the city center near a soup kitchen for the homeless, said Lt. Col. Terry Bullard, commander of the OSI&#8217;s Detachment 512, based at RAF Mildenhall.

"Everything went very peacefully," he said.

A nationwide manhunt for Parrott got under way in September after he slipped away from an escort during a visit to the Lakenheath base hospital. At the time he had served less than three months of a three-year conviction for possessing child pornography.

Parrott, 29, was being held at Lakenheath&#8217;s confinement facility Thursday and will likely remain there until military attorneys determine any additional charges he might face.

Authorities are not releasing details about the tips that lead to his capture, but Bullard attributed the "Crimewatch" appearance with the break in the case. Bullard said Parrott had been residing in the area but he stopped short of disclosing further details because of the ongoing investigation.

"We don&#8217;t want to lose the opportunity for interviews or evidence that might provide clarification about his living conditions and his ability to live on the economy," Bullard said.

Rumors about Parrott&#8217;s whereabouts have swept the local U.S. military community since he went on the lam. In March, an anonymous tipster delivered some of Parrott&#8217;s belongings to Stars and Stripes, including two Social Security cards, a field jacket, boots and a duffle bag. A Lakenheath spokesmen said the property had been thrown in a base garbage bin by mistake, and OSI agents retrieved the items from the newspaper.

Bullard said his detachment recommended OSI post the reward as a way to spur tips, and said British authorities suggested airing the case on "Crimewatch," a BBC program similar to "America&#8217;s Most Wanted."

The BBC&#8217;s "Crimewatch" Web site said Parrott had ties to the area and was last seen in October in Bury St. Edmunds, a town near RAFs Lakenheath and Mildenhall and home to scores of Americans tied to the U.S. military. Parrott had been using the name William McGonagle and pretending to be mute to conceal his American accent, according to "Crimewatch."

Along with his three-year jail sentence, Parrott also received a dishonorable discharge and demotion at his court-martial last July. He had been assigned to the 48th Aircraft Maintenance Squadron at Lakenheath.