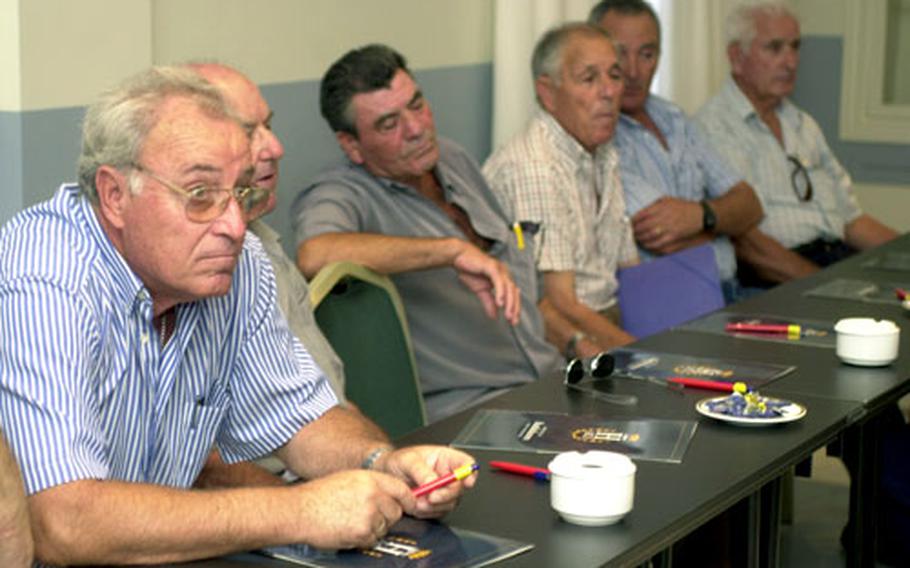 ROTA, Spain &#8212; Three U.S.-based military contractors have agreed to compensate Spanish workers suffering from asbestos-related illnesses due to their work on U.S. warships in Rota during the Cold War.

American lawyer Mitchell Cohen handed out checks ranging from $2,000 to more than $6,000 to about a dozen workers on Tuesday at a hotel conference room near Naval Station Rota.

Cohen, who is representing about 60 Spanish workers exposed to asbestos in the 1950s, &#8217;60s and &#8217;70s, could not give a total amount given to the workers or reveal the names of the companies because of the settlement terms. The companies, which have filed for bankruptcy, agreed to settle with the former employees Saturday.

Those with more serious health injuries received more money. More compensation could be coming to the workers, many of them in their 60s and 70s. Cohen has targeted about two-dozen companies that he believes owe the workers compensation for their illnesses because they knew asbestos was harmful.

Asbestos has been shown to cause cancer and lung damage. Many of the Spanish workers have been diagnosed with asbestosis, a hardening and scarring of the lung tissue that can be fatal.

Some spouses of the workers also suffer from health problems because they washed their husbands asbestos-covered work clothes. The disease can take 15 to 30 years or more to fully develop.

Cohen is a lawyer with the Philadelphia-based Locks Law Firm, which represents thousands of American and overseas shipyard workers exposed to asbestos while working on U.S. Navy ships. The firm has represented more than 13,000 personal injury victims across the United States since 1974. The firm typically does not target the U.S. military for asbestos-related claims, but instead seeks compensation from private companies.

The Navy did not know for a long period of time the harmful effects of asbestos, but the companies did, Cohen said.

Asbestos was a cheap, fire-retardant insulator used on U.S. Navy ships after World War II up until the 1970s.

Although the Naval Station Rota is a Spanish base, U.S. courts ruled that the claims could be filed in the United States because the employees worked on American ships, which is considered sovereign U.S. territory by law.