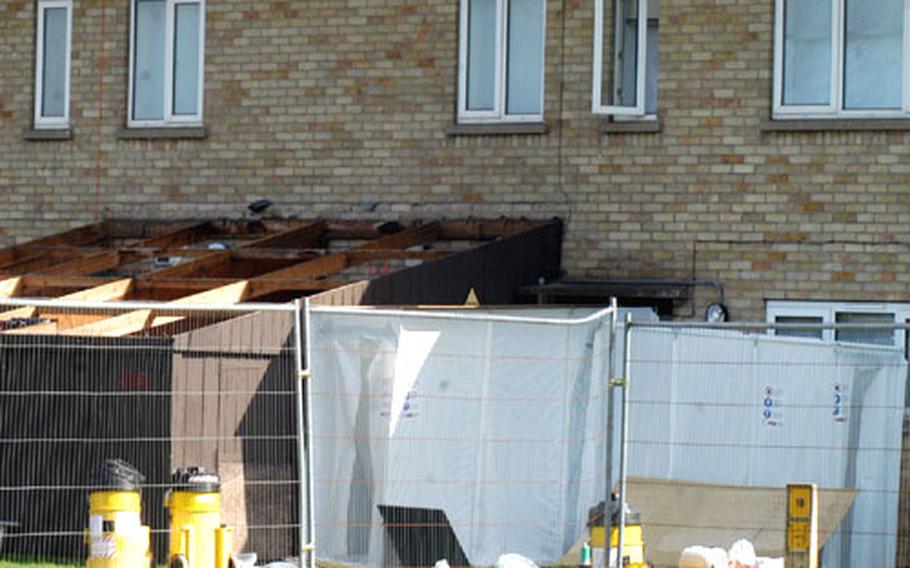 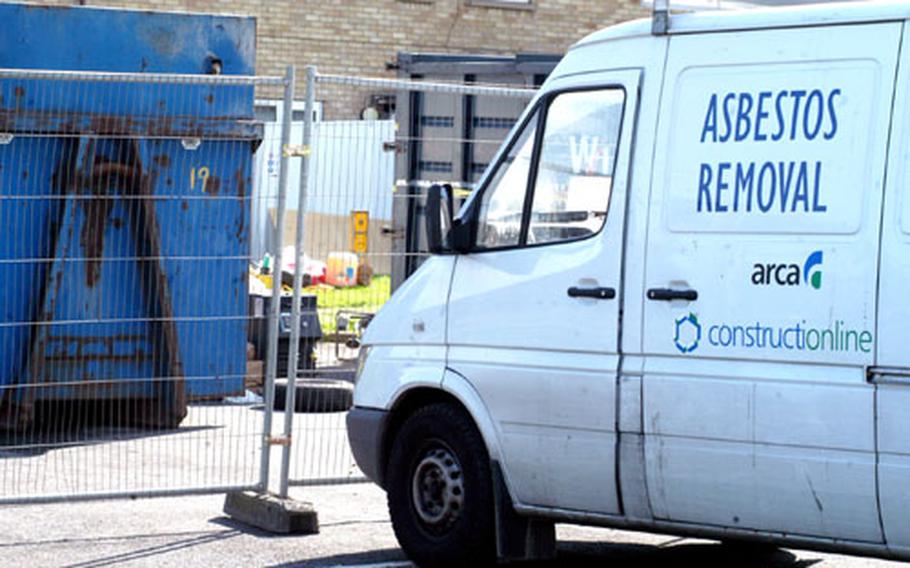 Once asbestos is removed from the Liberty Village houses, it is taken to an approved disposal site, in accordance with American and British regulations. The removal poses no risk to people around the buildings. (Sean Kimmons / S&S)

The new housing development involves tearing down more than 600 units in the next couple of years as more modern homes are built, said Stephen Harvey, a site manager with the 48th Civil Engineering Squadron.

Glue used for floor tiles in the old homes was manufactured with some traces of asbestos, as were elements of the ceilings, he said.

Despite the small amounts concerned, British and American regulations dictate that such materials be treated in a certain way, Harvey said.

Old houses at the air base have been having their asbestos removed for the past couple of years as part of the housing initiative, Harvey said.

Asbestos generally was used in building construction up until the late 1970s, he said. Disposal of the Lakenheath housing asbestos involves sealing the homes with protective plastic and taking the materials to an approved disposal site. A vacuum effect is created in each building to prevent any potential particulate from escaping, and the air is tested around each home to offer another level of assurance that nothing has escaped.

Removing the asbestos before demolition of the buildings ensures that the asbestos won&#8217;t break apart and possibly become an airborne risk, he said.

Anyone who sees asbestos removal crews at Lakenheath can be assured that there is no risk involved, Harvey said.