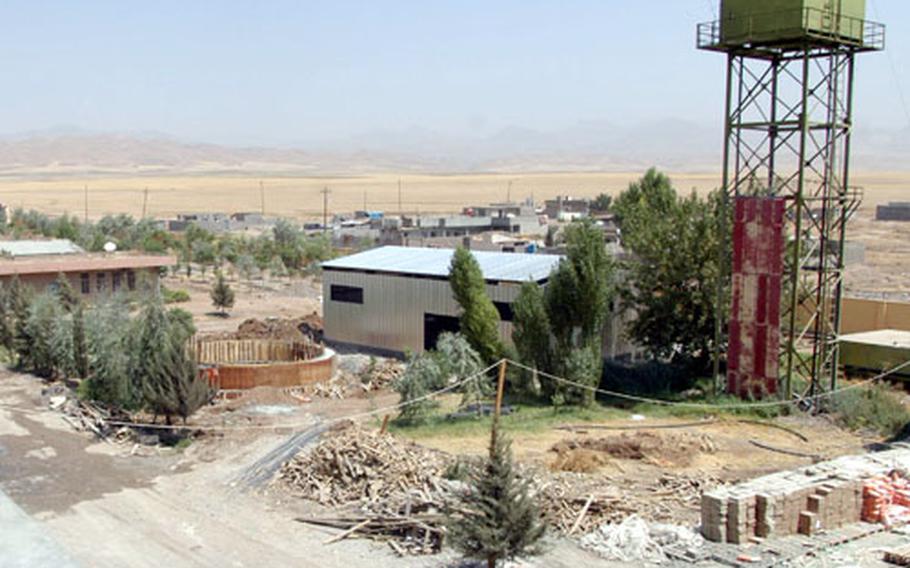 (This report is part of an occasional series on reconstruction in Iraq.)

ZAKHO, Iraq &#8212; Come December, Iraqi army officer candidates who show up at the Zakho Military Academy may think they&#8217;ve been mistakenly sent to a resort.

The 200 cadets training at the academy now are in cramped quarters, eating in a chow hall built for 80 people and using a dilapidated old gymnasium.

While the training won&#8217;t be any less strenuous, the group that starts in December or January will have new and renovated barracks, two renovated dining facilities, a renovated swimming pool, a new gymnasium, a running track and a training area that includes an obstacle course, a rappelling tower, and ranges for rifle, grenade and urban warfare training.

The military academy is one of about 2,800 projects that fall under the Iraq Reconstruction Program. The projects include such facilities as schools, water treatment facilities, power distribution upgrades, border forts and health clinics &#8212; projects that will help rebuild the country&#8217;s infrastructure.

The academy will help build the Iraqi army by training officer candidates from all over Iraq along with a similar military academy in southern Iraq, Adekanbi said. As with many of the reconstruction projects in the security sector, renovated Iraqi military facilities are seen as key to allowing a U.S. troop drawdown.

In a visit to the site last week, Dohuk resident engineer Earnie Mendenhall said many of the projects at the academy were ahead of schedule.

Later in the day, Mendenhall met with Iraqi Maj. Gen. Shihab Ahmed Duhoky, who oversees the academy. Duhoky requested changes to the construction plan of a building that was nearing completion.

Although many of his requests were incorporated into the construction plans, some simply came too late to be accommodated. Mendenhall told him that he would send the request to the district office in Baghdad, but he warned the general that it may not happen.

Relations between the engineers and academy staff &#8212; and even with people in the city &#8212; are incredibly good. The security threat in the Kurdish city about 20 miles from the border with Turkey is virtually nonexistent compared to cities like Mosul and Baghdad.

It is a remote site with only two American engineers on staff and two U.S. Army officers located at the academy as training liaison officers.

That&#8217;s just the kind of thing that appeals to Tony Soliz from the Zakho Resident Office.

And the project is the furthest thing from a desk job. Soliz and Adekanbi spend each day walking around to the 20 project sites within the academy&#8217;s two-mile perimeter.

Even as the mercury soars to more than 110 degrees, Adekanbi&#8217;s smile never fades as he speaks to the workers and contractors at the site.

PREVIOUS STORIES:August 6, 2005:In Iraq, progress has been slow on construction of key border forts