Construction changing the face of Marine Corps presence on Okinawa 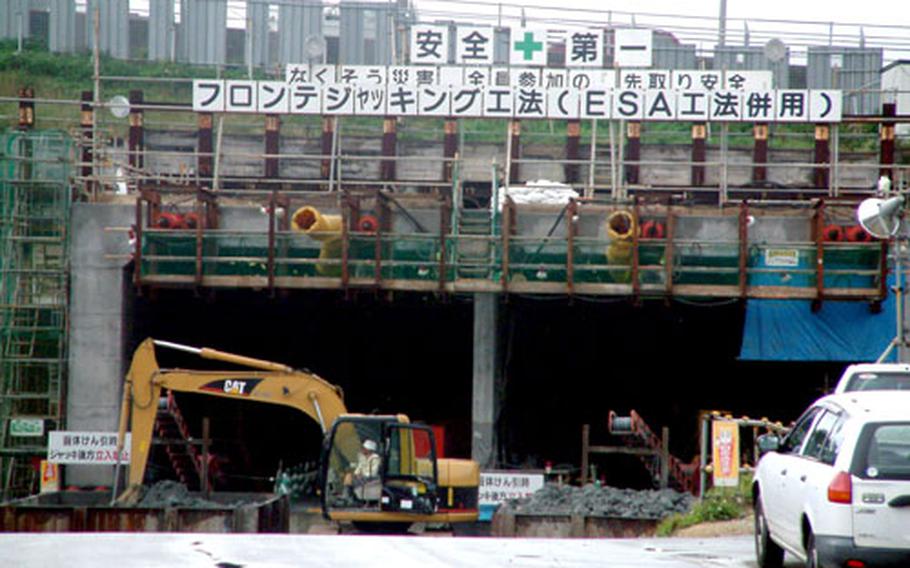 Work is about 65 percent complete on a tunnel under Highway 330 that will connect two separate sections of Camp Foster. An officer in charge of construction said the tunnel should be finished next October. (David Allen / S&S)

Work is about 65 percent complete on a tunnel under Highway 330 that will connect two separate sections of Camp Foster. An officer in charge of construction said the tunnel should be finished next October. (David Allen / S&S) 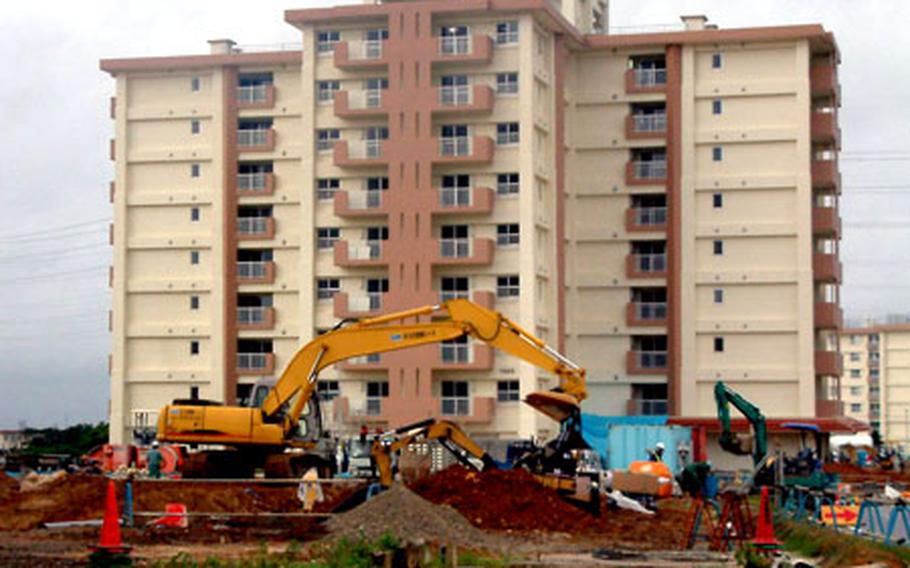 CAMP FOSTER, Okinawa &#8212; Marine bases on Okinawa are in the middle of a major face lift.

A former single-family housing area behind the Camp Foster exchange complex and post office is to be razed soon to make way for wider roads and multiplexes.

And new buildings are replacing older structures across Foster and the northern Marine camps, said Navy Lt. Cmdr. Mike Williamson, Public Works officer for Marine Corps Bases Japan. By this time next year, both camps Hansen and Schwab should be be home to brand-new concrete mini malls and food courts.

A look at some of the building that is going on throughout Camp Hansen:

A two-story administration building, to become headquarters for the 31st Marine Expeditionary Unit, is to be completed by August.An environmental office hazardous material control center is to be completed by April.A Headquarters and Service Battalion maintenance shop is to be finished by July.A Gate One security upgrade is to be completed soon.A base truck company administrative and automotive shop is to be occupied in March.An administrative building to be connected to Building 2814 and a Facility Maintenance Office maintenance building are to be completed later this year.But Camp Foster is getting the most visible face lift, Williamson said, with two nine-story apartment towers to be completed by May and occupied starting this summer. The towers&#8217; opening will conclude the Sada Housing Area transformation, which saw the multiplexes and single family homes built in the 1950s razed and replaced by 194 townhouse units and the towers&#8217; 136 three- and four-bedroom units.

The new housing is part of a plan to close all of Camp Lester as part of a U.S. blueprint eventually to return to Okinawa 21 percent of the land U.S. bases now occupy. The camp now hosts family housing and the U.S. Naval Hospital, which eventually is to be relocated to Camp Foster.

Razing of the Chatan Housing units behind the exchange and post office, to begin later this month, is to be completed in May, Williamson said. Part of the area will be used for the west end of a tunnel to connect Camp Foster&#8217;s main section to the headquarters building area and Kishaba Housing.

Also at that time, Arkansas and Montana streets are to be straightened, forcing closure of the road connecting the exchange area to Guadalcanal Road. Williamson said the tunnel, about 65 percent complete, should be finished by November.

And, Williamson said, the Macaroni Grill Restaurant, a Marine Corps Community Services project, is to be built next to WestPac Inn.