Congressmen petition Hagel to hold off on civilian furloughs 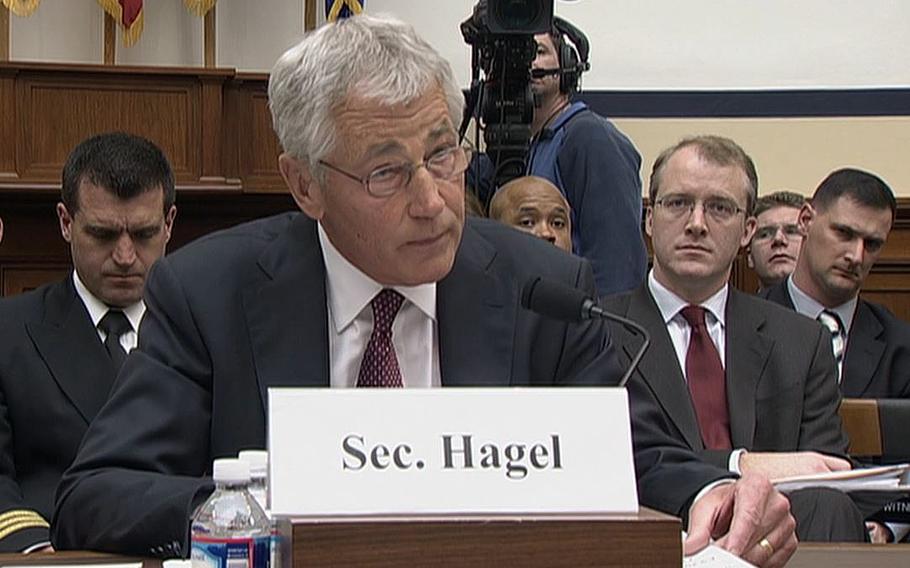 WASHINGTON — A group of 126 Democratic and Republican members of the House of Representatives are pushing Defense Secretary Chuck Hagel to take some of the sting out of sequestration for hundreds of thousands of Defense Department civilians.

In a letter sent Tuesday, the legislators asked Hagel to rethink possible furloughs for most of DOD’s nearly 800,000 employees, as well as to review the need for ongoing layoffs of temporary workers and a freeze on new civilian hires.

DOD notified Congress in February of its intent to furlough civilians to save billions of dollars during the remainder of the fiscal year, which ends in September. Congress’ failure to pass deficit-cutting legislation resulted in $41 billion in automatic cuts to the DOD budget. The original furlough plan called for 21 days of unpaid days off work, but last month the department reduced the number of planned furlough days to 14.

“It is increasingly clear that these actions are threatening to undermine mission performance and, as a result, mission readiness,” said the letter authored by Rep. Adam Smith, D-Wash.

The letter was spearheaded by the American Federation of Government Employees, members of which sought signatures from individual representatives in their home districts.

Defense officials say the Pentagon knows that civilian employees do vital work, and that Hagel has told them to take another look at the furlough plan. In a congressional hearing last week, Hagel said a final decision on whether to furlough workers, or for how long, was weeks away.

“We’ll probably be in a position in two or three weeks to have a better sense of what’s gonna happen or whether we’re gonna be required to — to furlough or not,” he told members of the House Appropriations Committee.

The letter also questioned whether furloughs had to be imposed equally on all departments. Some employees, it said, are funded by working capital funds rather than out of congressionally-appropriated DOD operations and management accounts. In the same hearing last week, one of the letter’s signers, Rep. Jim Moran, D-Va., said there are 180,000 such workers, and furloughing them “doesn’t make a lot of sense.”

The letter also asked why DOD still says it intends to apply furloughs across the board, rather than allowing DOD components and agencies that have the funds to avoid furloughs to do so.

“In essence, under the current furlough guidance, the more streamlined, efficient organizations are footing the bill for those that are still over strength,” the letter said.