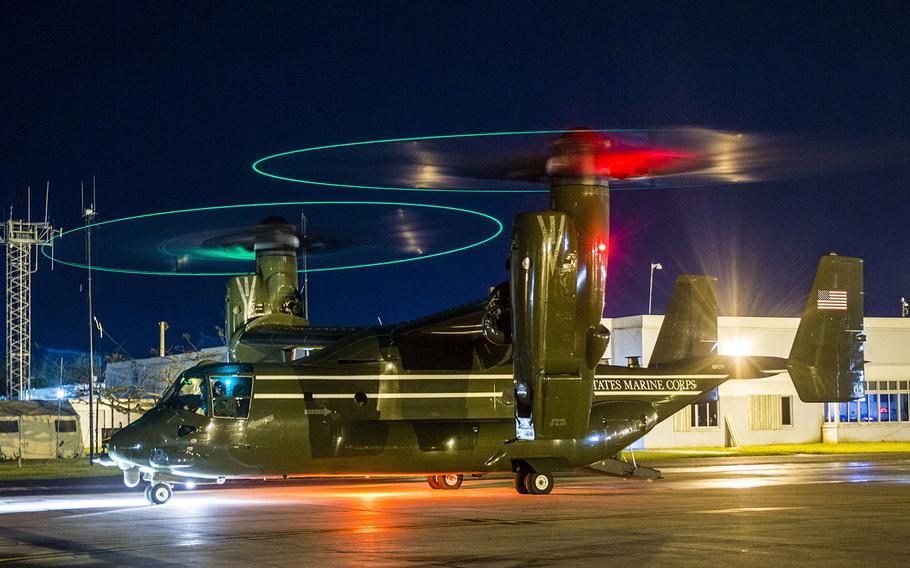 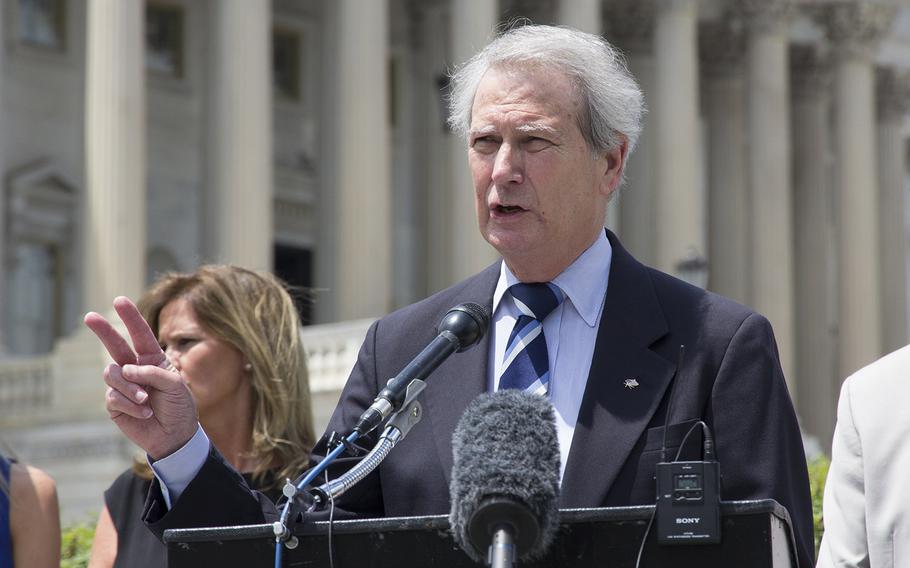 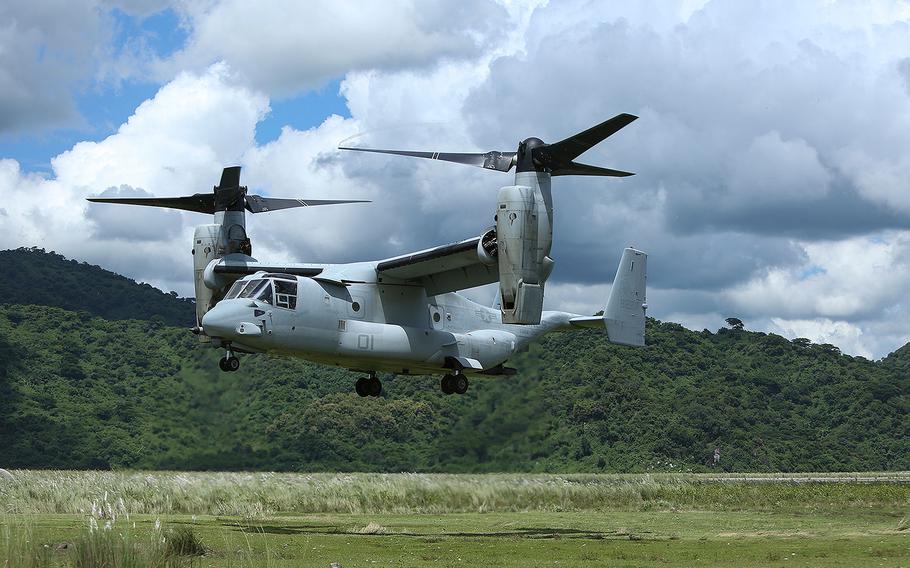 WASHINGTON — Congressman Walter Jones on Tuesday lambasted Marine, Navy and Department of Defense officials for withholding communications about the troubled development of the V-22 Osprey and a crash in 2000 that killed 19 Marines.

Jones, R-N.C., stood with Connie Gruber and Trisha Brow, the widows of the pilots in the crash, during a news conference at the U.S. Capitol Building to announce he was submitting a Freedom of Information Act request for military documents concerning the Osprey.

“Gruber, Brow and the 17 Marines in the back [of the Osprey] paid a high price for this program,” Jones said, referring to Maj. Brooks Gruber and Lt. Col. John Brow, the two pilots and their passengers who were killed during an April 8, 2000, test flight outside of Marana, Arizona.

The crash was blamed on pilot error, but a later investigation by the Department of Defense concluded the accident was attributable to a variety of factors with the pilots bearing only small part of the responsibility.

Jones said military leadership was guilty of pushing forward the program despite doubts over the Osprey’s safety.

“There was a lot of pressure on the Marine Corps, and a lot of mistakes were made,” said Jones, a member of the House Armed Services Committee.

He criticized the lack of documentation provided to him of communications between then-Brig. Gen. James Amos and Lt. Gen. Fred McCorkle, deputy commandant of Marine aviation, before and after the crash. Jones referenced an email obtained by the television news program 60 Minutes from Amos to McCorkle discussing low readiness rates of Osprey aircraft and how the information needed to be “close-held.”

The V-22 Osprey is a tilt-rotor, medium-lift transport aircraft used by the Marine Corps. It is capable of operating from amphibious assault ships, aircraft carriers and other platforms.

“The Marine Corps would have done anything at the time to save the program,” Jones said, noting former Vice President Dick Cheney was deeply skeptical of the Osprey and was reluctant to continue with it. The 2000 crash and other accidents during the Osprey’s development had led to it being temporarily suspended and threatened with cancellation.

The FOIA request is being conducted by the James Madison Project, which handles litigation and whistleblower suits for active and former government employees against the United States and foreign governments.

The widows of pilots Gruber and Brow also spoke about how long it took to clear their husbands’ names and said they still want to know more details of what happened leading up to the crash.

“For [my husband] to be blamed for the deaths of 18 other people is horrendous, for them to knock at the door at 5 a.m. is horrendous, but to have to fight this battle many years later is ridiculous,” Trisha Brow said.