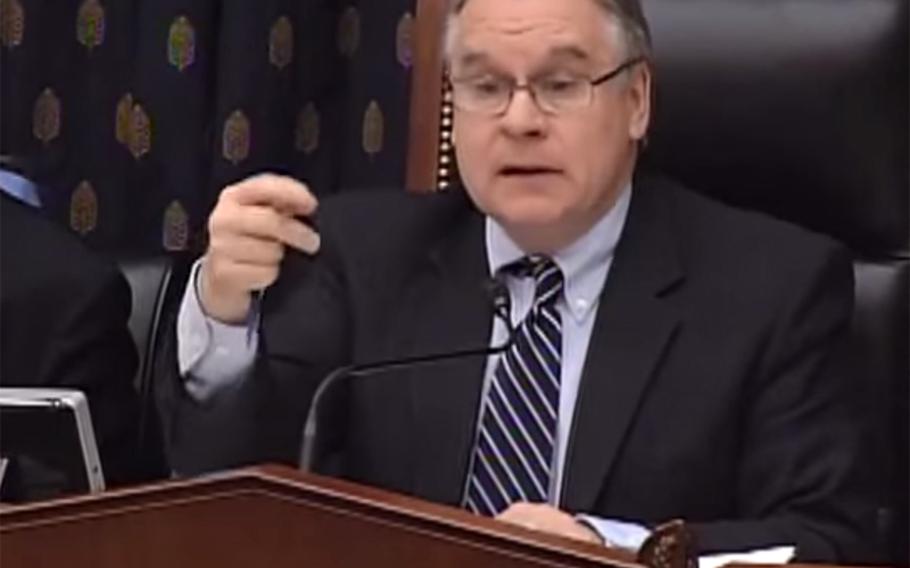 A congressman chastised Japan’s efforts to return the abducted children of U.S. citizens and called for more pressure on Tokyo to comply with its international obligations, according to congressional testimony Wednesday.

Cultural and legal obstacles in Japan — where child abduction by one parent isn’t necessarily viewed as a crime — have long prevented U.S. servicemembers and other citizens from gaining custody or even seeing their children.

Japan adopted the Hague Convention on the Civil Aspects of International Child Abduction in April 2014. The accord requires the government to set up processes for legal appeal from foreign parents seeking either visitation or the return of their children to another country.

Japan has since returned one child to a German parent and two others to Canadian parents, while five children have been returned to Japan.

If the ruling moves forward and the child is returned, it would mark the first time in recent history than an American parent was reunited with an abducted child through a Japanese legal verdict.

That bright spot failed to placate Rep. Christopher Smith (R-N.J.), who stated that U.S. parents submitted 30 claims with Japan a year ago, when Japan officially adopted the international accord.

“Since they have signed the Hague [Convention], Japan’s efforts have been breathtakingly unresponsive,” Smith said.

Smith cited 400 cases of children kidnapped to Japan since 1994, a number he called “unconscionable.”

Next month, the State Department is scheduled to issue an annual report on international child abduction, which has been expanded over previous years to include reporting on non-Hague signatories.

Jacobs told Smith that she shared his frustration and is planning to visit India in May and Japan in June, where she and Ambassador Caroline Kennedy will discuss the annual report with Japanese officials.

“I talked to Ambassador Kennedy yesterday, and she is energized and she is ready to launch,” Jacobs said.

After signing on to the Hague Convention, Japan began accepting applications for visitation and child return to its Foreign Ministry, as well as accepting requests through the State Department.

Cases of child return prior to April 2014 fall outside the scope of the agreement, which Smith blasted during testimony. Parents in those situations can still apply to Japan for visitation rights.

However, it remains unclear whether Japan will develop an effective enforcement mechanism for parents in Japan to comply with government efforts, Colin P.A. Jones, a professor at Doshisha Law School in Kyoto, told Stars and Stripes last month.

Joint custody remains a foreign concept in Japan and it has been relatively common since the 1960s for divorced fathers to be largely excluded from their children’s lives.

In recent years, courts have begun to accept that “visitation is good for children,” Jones said, but even court-ordered visitation may only amount to hours per month.

Also on Wednesday, Japan Foreign Ministry officials announced they plan to introduce a revamped system next April for arbitrating custody and visitation disputes.