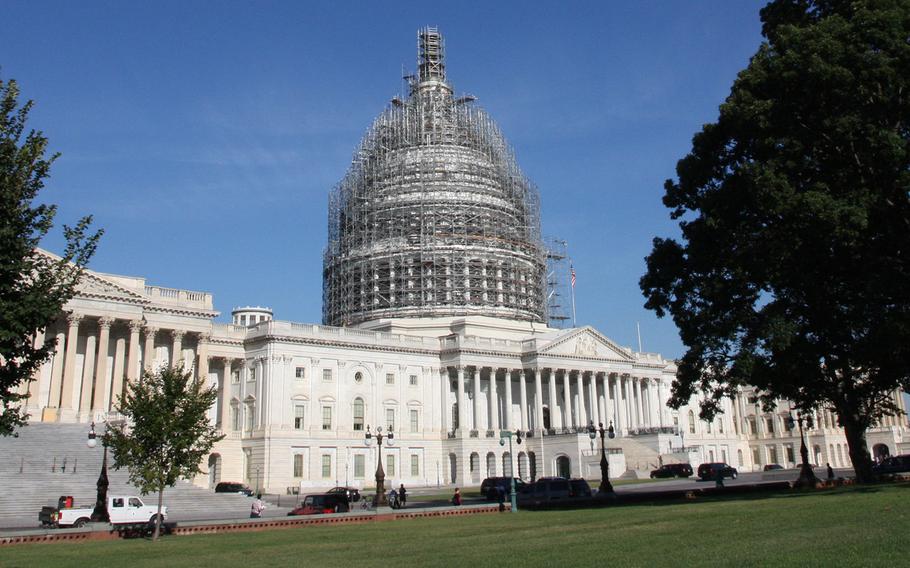 The House and Senate have agreed on a plan to squeeze $5 billion from defense spending. (Stars and Stripes)

WASHINGTON – The House and Senate on Tuesday finalized a plan to squeeze $5 billion from defense spending as part of a broader budget deal that heads off possible pay freezes and furloughs.

The $5 billion in reductions will be rolled into an amended $607-billion National Defense Authorization Act for 2016, which the House plans to vote on this week. President Barack Obama vetoed an earlier version of the annual policy bill last month in a fight with Republicans over federal spending that had threatened military pay and benefits.

The lion’s share of the cost savings, about $1 billion, will come from falling oil prices. Energy and fuel is a top expense for the Defense Department.

Lawmakers also plan to save $230 million by a later start to the procurement contract for the long-range bomber. Last week, the DOD announced Northrup Grumman will receive the initial $35.3-billion contract for the first 21 of the classified aircraft, which is expected to begin flying in the 2020’s.

The spending fight in Washington pushed past the start of the new budget year at the end of September and the bomber savings is expected to come from money that would not be spent because of the lost time.

The cuts also will put increased pressure on personnel and contractors. The DOD will be required to find $435 million in savings in headquarters staffing and another $262.5 million in civilian employment and contract work.

Sen. John McCain, R-Ariz., a lead architect of the NDAA, has championed reductions in staffing. The NDAA already called on the DOD to chop its headquarters, administrative and support staff by 20 percent to wring $10 billion from those areas by 2019.

Many lawmakers in Congress are concerned that declining or flat defense spending is hurting the military’s readiness but the deal on cuts will not allow planned boosts.

The Army will get $250 million less and the Air National Guard will receive $192.6 million less in operations and maintenance money – a key area of spending that keeps them combat ready -- than what was proposed in the earlier version of the NDAA.

Both will still receive money for operations and maintenance above what was requested in the White House and DOD budget, according to congressional staff.

Meanwhile, a raft of new policies in the NDAA likely will remain untouched as it heads for votes in the House and Senate.

The bill includes an historic reform of the military’s 20-year pension system, hikes in Tricare prescription copay fees, and a prohibition on retirement of the A-10 Thunderbolt II aircraft, an aging platform that is still favored by infantry.

Military pensions will be overhauled into a blended system with a 401(k)-style savings plan, which will greatly expand access to retirement benefits. Under the new system, all new servicemembers would automatically have 3 percent of their pay placed into a Thrift Savings Plan account with a DOD match equal to 1 percent of their pay.

Servicemembers now could opt out of the changes, which are estimated to save about $8.1 billion in 10 years.