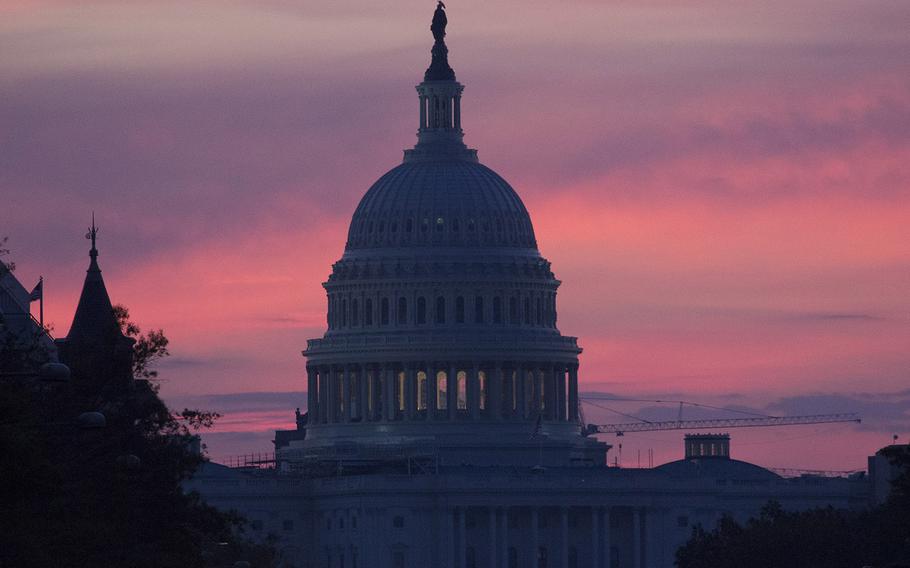 WASHINGTON — In the last hours of the 114th Congress, lawmakers settled on a veterans reform bill that includes only pieces of what the Department of Veterans Affairs and several veterans groups were hoping to accomplish by the end of the year.

Rene Campos, a leader within Military Officers Association of America, said it “scratches the surface.”

The legislation named for the leaders of the Senate and House veterans affairs committees — Sen. Richard Blumenthal, D-Conn., and retiring Rep. Jeff Miller, R-Fla. — was sent to President Barack Obama after the Senate approved it on Saturday morning.

Pieces of the 57-page bill were taken from the 400-page Veterans First Act, which the Department of Veterans Affairs and veterans groups collaborated to create. The Veterans First Act passed the Senate Veterans’ Affairs Committee unanimously in June, and then stalled.

“While we are pleased to see the 11th-hour movement, we are disappointed to see the most critical elements of the Veterans First Act stripped away,” Gillums said in an emailed statement.

One noted omission from the bill is a revamped appeal process for veterans’ disability claims.

VA Secretary Bob McDonald, some lawmakers and veterans groups have called the current appeals process outdated, complicated and broken. Appeals take an average of five years to resolve, according to VA data.

During a public discussion at the Center for New American Security on Tuesday, McDonald said Congress was acting as a “barrier” to reform the process.

“We need that legislation in order to ultimately have the ability to continue the transformation,” he said. “I’ve been told by some members of Congress that my wish to get this legislation passed wasn’t going to happen so they could wait for the new Congress to come, so they could take credit.”

The Miller-Blumenthal bill does include a temporary increase from seven to nine judges on the U.S. Court of Appeals for Veterans Claims.

But Campos said it wasn’t enough.

Campos and Gillums said they had also advocated for an expansion of services for family caregivers, which was included in the Veterans First Act but not in the bill that is now awaiting the president’s signature.

“We will advocate for its resurrection in the next Congress,” Gillums said.

The bill does contain a measure allowing VA health care providers to work flexible hours, which McDonald has said would help the VA in hiring qualified staff.

Vietnam Veterans of America also praised lawmakers for including a mandate for the VA to work with the National Academy of Medicine in researching the descendants of veterans who were exposed to a toxic environment during their service.

“It will lay the groundwork for the research we need on the health of our children and grandchildren, who we believe have been impacted by exposures during our military service,” said VVA president John Rowan.