Congress looks to force change in military on sexual assault 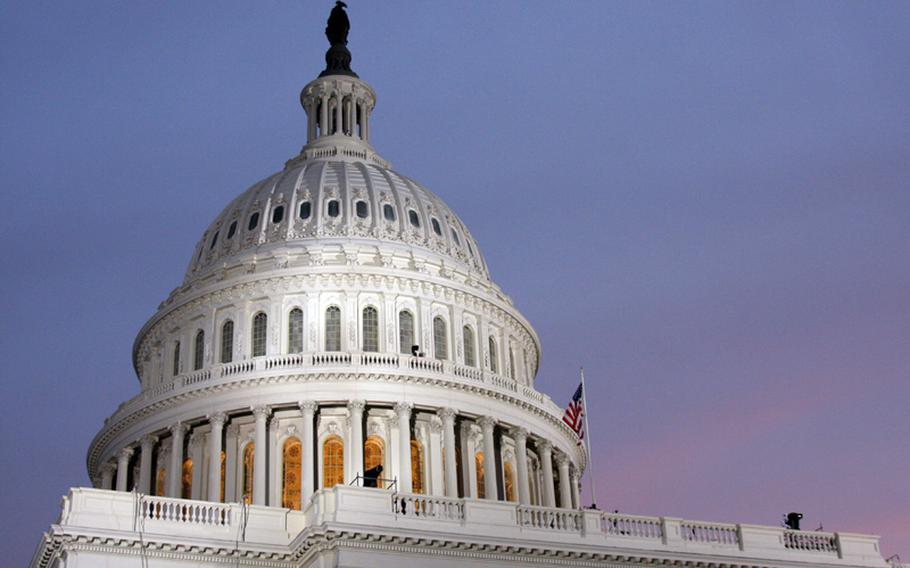 WASHINGTON — As military sexual assaults rise sharply, members of Congress have grown impatient with the Pentagon’s repeated promises to address the problem and are drafting legislation to make their own fixes.

Three bills were introduced in Congress last week, which would variously give victims of military sexual assault their own military lawyers, require an inspector general investigation of retaliation claims and strip commanders of the authority to dismiss court-martial convictions in major cases, among other changes.

President Obama has also taken on the issue. Last Thursday, White House officials met with 16 Democrats and Republicans from both houses of Congress to discuss ways to prevent sexual assault and improve the military’s response to it.

“I don’t want just more speeches or awareness programs or training but, ultimately, folks look the other way,” Obama said May 7. “We have to do everything we can to root this out.”

Sens. Kirsten Gillibrand and Barbara Boxer have said they will introduce a bill to address fears of retaliation by taking cases out of the chain of command and allowing servicemembers to report the crimes directly to military prosecutors.

Several bills related to military sexual assault were already in the works, including several aimed at changing the UCMJ to take from commanders the ability to overturn convictions and sentences. The issue was spotlighted by a case in Italy, in which an Air Force fighter pilot was convicted of sexually assaulting a sleeping house guest. A lieutenant general later threw out the conviction and reinstated Lt. Col. James Wilkerson in the Air Force.

Greg Jacob, a former Marine and now policy director for the Service Women’s Action Network, an advocacy group, said the way the system works now, commanders can influence the legal process in three places — when determining which cases go to trial, when setting up the court, and afterward, when they can overturn the decision.

That’s problematic because of the lack of impartiality — commanders can and do take their personal feelings for the accused attacker and alleged victim into account — and because commanders aren’t trained lawyers, Jacob said. For instance, in the Wilkerson case, Lt. Gen. Craig Franklin went against the advice of the military lawyer on his staff to overturn the verdict, because he said he did not believe there was enough evidence to prove Wilkerson guilty, and because of letters attesting to Wilkerson’s character.

Military officials frequently stay stripping any of that authority from commanders would be detrimental to good order and discipline. In March, the staff judge advocate to the Commandant of the Marine Corps told a Senate subcommittee that “as long as we hold our commanders accountable for everything that a command does or fails to do, they must have these types of authorities.”

“They need to be able to hold everyone in their unit accountable,” Maj. Gen. Vaughn Ary said, “to preserve that good order and discipline to accomplish their mission.”

At the same hearing, Lt. Gen. Richard Harding, judge advocate general of the Air Force, said the commander’s ability to hold subordinates accountable is part of the reason America succeeds on the battlefield, and that it creates “a responsive, disciplined force.”

Gillibrand doesn’t buy it, as she made clear during a Senate hearing in early May.

“You said that you believe the chain of command needs to retain its authority to make determinations of whether or not a sexual assault charge should go to trial because you believe that that authority is necessary to maintain good order and discipline within the ranks,” she said to Air Force Secretary Michael Donley, citing the numbers of sexual assaults in the recent DOD report. “Obviously this is not good order and discipline.”

As Donley responded, saying commanders need to be part of the process, Gillibrand cut him off.

“Well, they’re failing in this regard, sir,” she said. “This is not good enough.”

Jacob, like Gillibrand, believes removing the authority to begin sexual assault investigations and refer them to court-martial would increase reporting. It would actually improve order and discipline, Jacob said, by making the system “impartial and reliable.”

The current system “elevates an individual commander’s authority and discretion over the rule of law,” Nancy Parrish, president of Protect Our Defenders, said in January. “It is fraught with inherent personal bias, conflicts of interest, abuse of authority and, too often, a low regard for the victim.”

The system fails to provide justice and undermines trust, she said, “the essential ingredient to an effective, functioning military.”

Another piece of legislation, the Ruth Moore Act, seeks to alleviate some of the burden veterans face when seeking to prove to the VA that sexual assault-related injuries were connected to their service.

What SWAN would really like to see, Jacob said, “is a comprehensive review of the military justice process.”

“The military has really played whack-a-mole with this issue,” he said, and the process isn’t working. “We’re a 21st Century military using an 18th Century legal system.”

Still, he said, it’s good to see that Congress and the White House are taking notice.

Last year, then-Defense Secretary Leon Panetta announced several initiatives aimed at addressing the problem. The initiatives, which include establishing special victims’ units within the services and requiring that a colonel or general make the decision about whether to convene a court martial in most sexual assaults, were written into the funding bill for fiscal 2012. That funding bill was passed earlier this year.

And some of the legislation this year is almost identical to bills that failed in the last session of Congress. Rep. Jackie Speier, D-Calif., who introduced a bill last month that was very similar to a bill she introduced in the last session of Congress, said she believes the cases of sexual abuse at the Air Force’s training facility in Texas and the case at Aviano have shown the need for more change.

Yet, “legislation can only do so much,” Rep. Howard “Buck” McKeon said in a written statement Thursday.

“We can go a long way toward holding perpetrators accountable and ensuring victims receive justice, but those steps all happen after an assault has taken place,” said McKeon, the chairman of the House Armed Services Committee. “Commanders must take responsibility for the culture and climate of their units, a climate that appears, at a minimum, not to take this problem seriously.”

Hagel does appear to be taking a swing at changing the culture: Last week, he ordered inspections of all military offices and workspaces — including at military academies — to find and trash any “materials that create a degrading or offensive work environment.” The goal, he said, is to make sure all facilities “promote an environment of dignity and respect.”