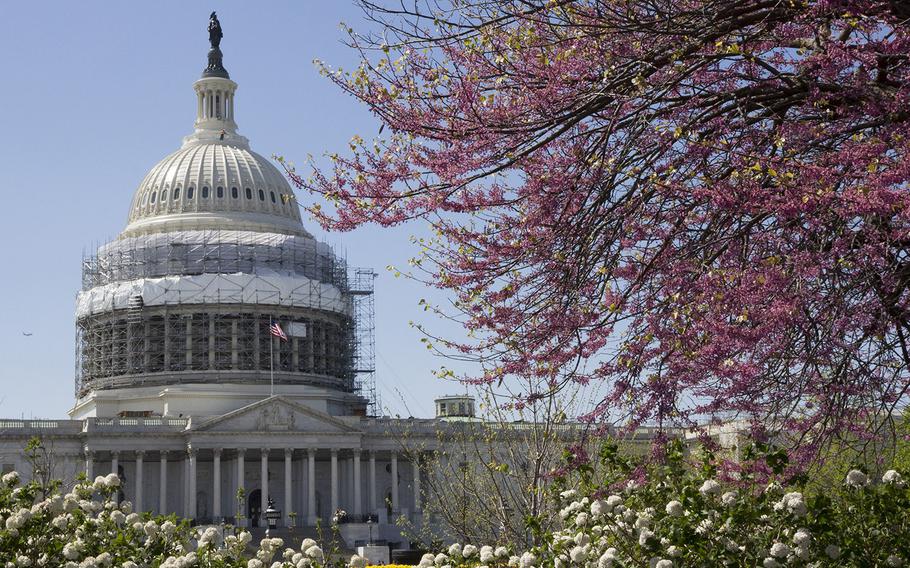 WASHINGTON — A key Senate panel on Thursday supported the Obama administration plan to keep troop pay raises low and reduce the size of the Army in the upcoming 2017 defense budget.

The $602-billion budget plan is now headed to the full Senate for a vote and puts the chamber at odds with the House, which is proposing to give troops the biggest pay hike in years and reverse the Army drawdown with an additional $16 billion in military spending.

Congress is edging toward a political battle over the Senate’s more conservative approach to the defense budget and the higher spending proposed by House lawmakers, which the Pentagon has called a potentially dangerous gamble. To make ends meet, the House is ready to spend money from the Islamic State war fund and leave the next president and Congress to figure out how to keep up the fight when money runs out in April 2017.

The Senate proposal upholds “commitments to servicemembers, retirees and their families,” said Sen. John McCain, R-Ariz., after his Senate Armed Services Committee passed the bill with a 23-3 vote.

A full Senate vote had not yet been scheduled as of Friday.

Under the bill, all troops would receive a 1.6-percent pay raise -- an additional $36 per month in pay for an E4 with three or more years of experience -- a rate that falls below private sector wage growth.

Meanwhile, the House is set to vote next week on a 2.1-percent raise – an additional $48 per month for the same E4. Pay increases have been kept below 2 percent since 2011. President Barack Obama ordered a 1.3-percent raise last year after a House and Senate debate over a higher figure.

The Senate bill also allows the Army to go ahead with a reduction of 15,000 soldiers, which is part of a larger drawdown plan announced last summer. The service will cull its end strength from 492,000 to 450,000 over three years to save $7 billion.

In a reluctant note, the Senate committee said it “strongly believes more must be done to ensure our armed forces are prepared to fight and win a major conflict.” The bill calls for a study of Army force structure and possible alternatives.

McCain had publicly opposed the drawdown, along with his counterpart on the other side of Capitol Hill, Rep. Mac Thornberry, R-Texas, who is chairman of the House Armed Services Committee. Both lawmakers criticized the Obama administration for cuts in manpower amid increasing threats around the world.

Military brass has repeatedly said they are being forced into unwanted belt-tightening. But the Pentagon and White House are faced with federal spending caps imposed by Congress. Republicans and Democrats alike want to get rid of the caps but are unable to find a political solution.

Thornberry has floated a brash plan to get around spending limits on the military. His defense budget dramatically boosts spending by $16 billion, pumping that money into the Army and troop pay as well as training, equipment and facilities.

The money would not only stop the Army from drawing down 15,000 soldiers in the coming year, it would add another 5,000.

But it will come out of the Pentagon’s overseas war fund, which is used for operations in Iraq, Syria and Afghanistan. The money in the fund will run out in April 2017, about midway through the fiscal year and months before Congress typically passes a new defense budget.

Thornberry said the tradeoff was necessary because the military is already suffering due to a lack of spending and it is “fundamentally wrong to send servicemembers out on missions for which they are not fully prepared or fully supported.”

Defense Secretary Ash Carter said the plan is “deeply troubling and flawed” and that Thornberry is gambling with money for troops on the battlefield during a time of war.