Confirmation hearing for Carter as new defense secretary next week 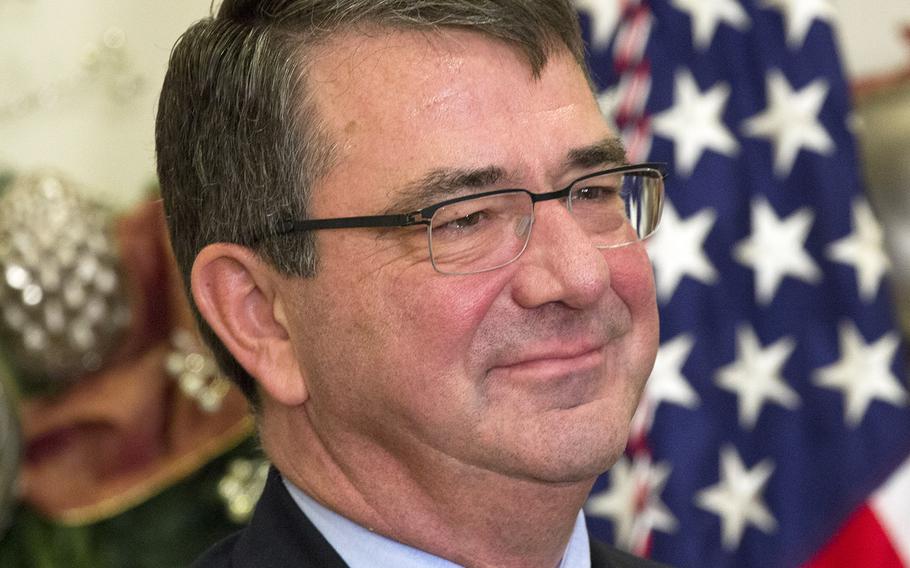 Ashton Carter at a December, 2014 White House ceremony during which President Barack Obama announced his nomination as secretary of defense. (Joe Gromelski/Stars and Stripes)

WASHINGTON — The Senate on Tuesday announced it will consider Ashton Carter’s nomination as the next defense secretary on Feb. 4.

Carter, a former deputy defense secretary and physicist, was picked by President Barack Obama last month to succeed outgoing Defense Secretary Chuck Hagel. But his nomination hearing was delayed by the Senate Armed Services Committee after he requested more time to recover from back surgery.

The military oversight committee, chaired by Sen. John McCain, R-Ariz., will question Carter and weigh whether to approve his nomination. He would be taking the helm of the Pentagon at a time of squeezed defense budgets and widespread global unrest, including a new war in Iraq and Syria.

Hagel’s farewell ceremony was planned for Wednesday at the Pentagon but he is expected to stay on during the transition.