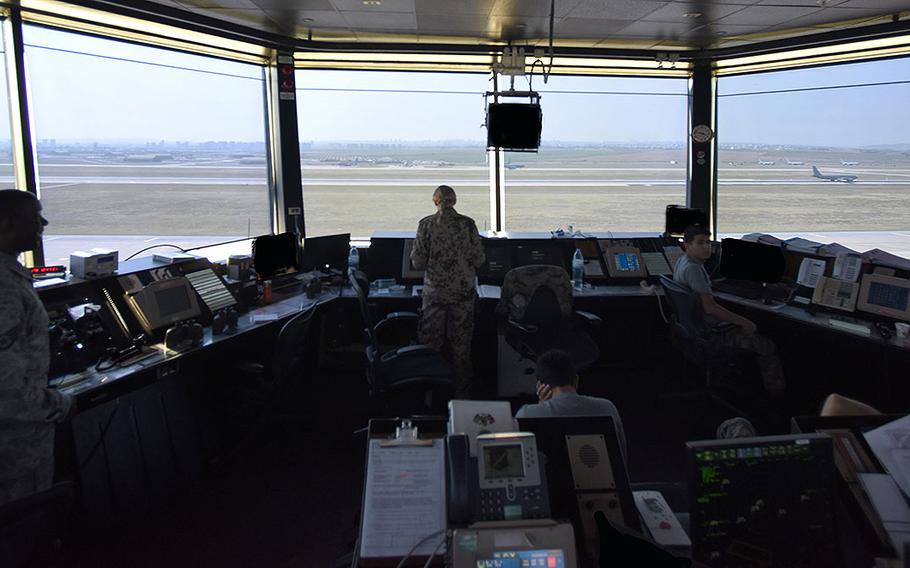 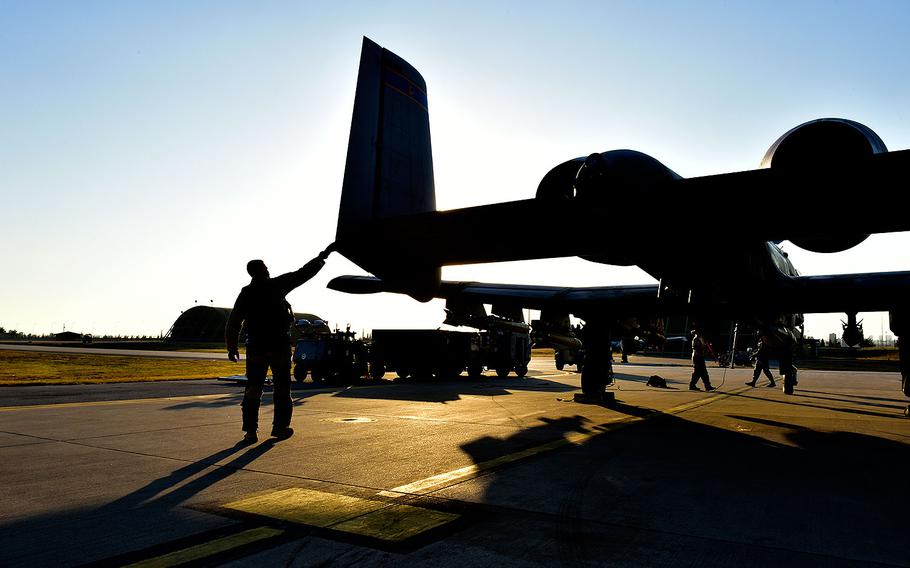 STUTTGART, Germany — The U.S. should move its nuclear weapons from Incirlik Air Base and start looking for alternatives to the longtime military hub in Turkey, a country that can no longer be fully relied on, analysts and former military officials said.

The U.S. military maintains about 50 nuclear warheads at Incirlik, according to nuclear watchdog organizations.

“It is the worst place possible to be keeping nuclear weapons,” said Joseph Cirincione, president of the Ploughshares Fund, a prominent nonprofit advocacy group.

The strained relationship between the U.S. and Turkey, a NATO ally, has steadily deteriorated in the wake of an attempted mutiny against the Ankara government in July 2016. Critics say Turkey is now behaving more like an adversary than an ally.

Since the coup attempt, Turkish President Recep Erdogan has cracked down on the opposition, raising concerns inside NATO about an authoritarian overhaul.

Turkey also has been at odds with the aims of the U.S.-led coalition in Syria and publicly flirted with purchasing Russian-made air defense systems. Ankara is suspected of leaking the locations of sensitive U.S. bases inside Syria to a state-run news agency and also engaged in a diplomatic spat with Germany that recently forced Berlin to pull its forces out of Incirlik.

Concern over warheads The U.S. military does not comment on the locations of the weapons as a standing policy, but Incirlik’s housing of the warheads has long been common knowledge. Now it is a source of growing concern.

At Incirlik, “it is not safe for our military spouses and children, but it is OK for 50 hydrogen bombs to be there?” he said.

A former senior NATO official echoed such worries: “If there are nuclear weapons stored in Turkey, they should be removed given the instability, both in the country and across the border in Syria and Iraq.”

U.S. forces have been a steady presence at Incirlik since the early days of the Cold War, when an alliance with Turkey served as a bulwark against the Soviet Union at the crossroads between Europe and the Middle East.

Family members of U.S. forces were often a constant presence on base, but that changed in 2016 when the Air Force ordered all dependents home, citing security concerns.

Months later, elements of the Turkish military attempted a coup that involved Turkish personnel based at Incirlik. Power was cut off for several days, even as the U.S. attempted to conduct operations against Islamic State in nearby Syria.

“Given recent events in Turkey, especially reports of the reported Turkish decision to purchase a Russian missile system, NATO would be wise to be considering a Plan B in the case that the alliance is asked to leave Incirlik,” said James Stavridis, a retired admiral and former NATO Supreme Allied Commander-Europe.

“We are looking rather weak. We are looking rather uncoordinated and not very strategic,” said Charles Wald, a retired general and former deputy commander at U.S. European Command. “Right after the coup attempt they shut our base down for about a week ... I think Turkey needs to be treated in some cases, at the very least, as neutral.”

Stored at Incirlik are B61 gravity bombs, which at their maximum yield are about 10 times more powerful than the bomb dropped on Hiroshima, Cirincione said. The weapons can be dialed back to explode with a smaller yield.

But there is little to no strategic value in keeping the weapons at Incirlik, where there are no aircraft capable of carrying the bombs, Cirincione said.

The warheads are more of a legacy of the Cold War than a crucial part of the U.S.’s nuclear deterrent strategy, he said.

“It is bureaucratic inertia and some vague extended deterrence concerns that keep them there,” Cirincione said.

During a recent stop at EUCOM headquarters in Stuttgart, U.S. Strategic Command’s Gen. John Hyten, who oversees the U.S. nuclear arsenal, declined to comment on the location of nuclear weapons or security at Incirlik. However, Hyten did say ensuring the safety of all U.S. warheads was his top priority.

Troop relocation Beyond the nuclear issue, the U.S. should exploring relocating the 2,500 U.S. troops at Incirlik, former military commanders said.

The air base has played a key role as launching pad for surveillance aircraft and fighters conducting strikes against ISIS targets in Syria. Yet it is not irreplaceable, top former commanders say.

“One alternative to immediately consider would be Greece, which certainly has excellent basing facilities both in the Mediterranean on Crete and on the mainland of Greece itself,” said Stavridis, dean of the Fletcher School of Law and Diplomacy at Tufts University in Massachusetts.

Germany, which pulled its troops out of Incirlik earlier this month after Ankara refused repeated requests from Berlin to allow lawmakers to visit troops there, is in the process of transferring its forces to Jordan.

“I think we can go to other places,” Wald said. “I think Jordan is a fantastic ally and partner. I think it is time for the United States to start thinking in those terms.”

For now, there is no sign the Pentagon is entertaining such ideas. Publicly, leaders like EUCOM’s Gen. Curtis M. Scaparrotti talk up the value of the relationship with Turkey. Public criticism is rare from active-duty military officials.

Other countries that Washington could consider include Bulgaria and Romania, which have air bases strategically placed near the Black Sea, according to an analysis by the Bipartisan Policy Center, a Washington think tank.

Even before Erdogan’s post-coup crackdown, relations with the West were tricky.

As operations against ISIS kicked off in 2014, Turkey refused to allow strike operations from Incirlik, only to relent a year later by allowing coalition operations from the base. Ankara also was frequently accused of turning a blind eye to ISIS fighters passing through en route to Syria.

In 2003, Turkey refused to allow U.S. forces to go through the country into northern Iraq at the start of the Iraq War, forcing troops to reroute despite the U.S. spending millions of dollars to upgrade roads and bridges for their passage, Wald said.

“We had already put in $350 million worth of infrastructure in there,” Wald said. “That is not a very well-known fact but we at EUCOM managed that.” The U.S. military was forced to fight the war without access to Turkey, he said.

Now, after more than a decade in power, Erdogan is emboldened and more unpredictable, Wald said.