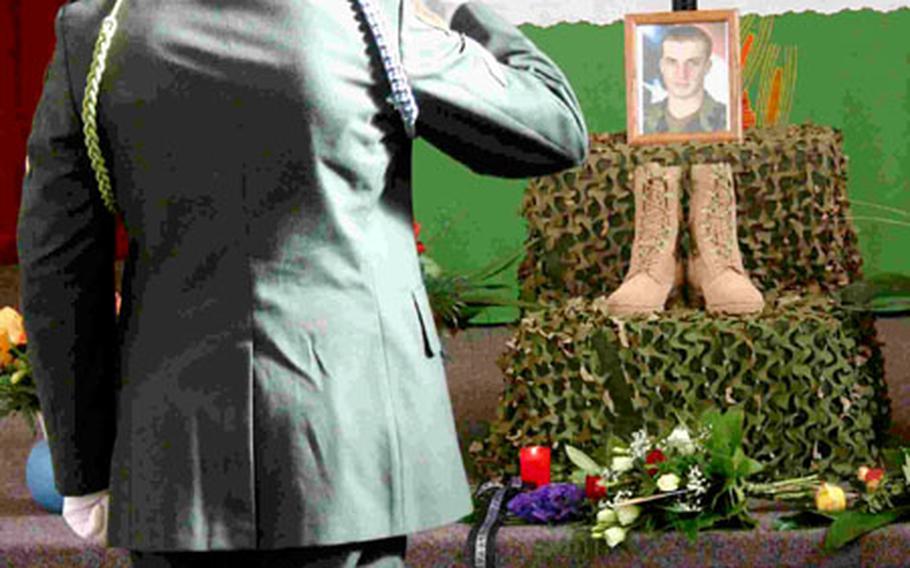 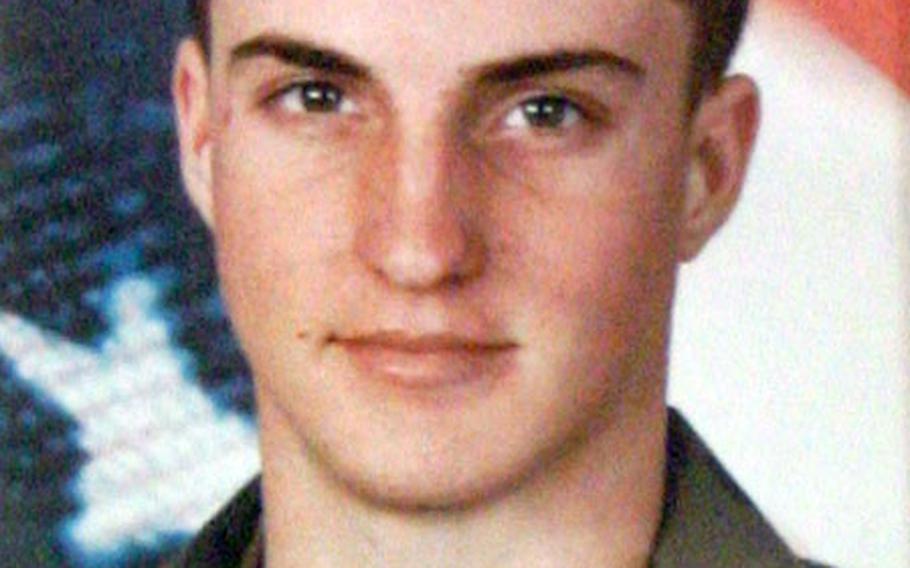 Friends and fellow soldiers gathered Wednesday at Ledward Barracks in Schweinfurt, Germany, to remember the 20-year-old Jacobs, of the 1st Battalion, 18th Infantry Regiment. He died Oct. 7 of injuries suffered the day before when insurgents attacked his convoy with a homemade bomb and small-arms fire near Bayji, Iraq.

&#8220;What I will remember most about Spc. Jacobs is how enthusiastic and full of life this young man was,&#8221; said 1st Lt. Jonathan St. Clair, Jacobs&#8217; platoon leader in Iraq, in a eulogy read at the service. &#8220;Whether he was explaining to me which kind of snowboard I should buy, how to remove the feeder from his Bradley, or talking about a recent trip he had taken, he was always someone who brightened your day and would put a smile on my face.&#8221;

Jacobs grew up in Santa Cruz, Calif., a youngster with many friends and many interests. He loved skim boarding, skateboarding, mountain-biking, baseball, basketball and golf, friends and family told his hometown newspaper, the Santa Cruz Sentinel.

No one ever expected he would grow up to be a soldier, but the terror attacks of Sept. 11, 2001, at the beginning of his senior year of high school, changed Jacobs&#8217; life forever. He enlisted the next summer, a few weeks after graduation, as an infantryman, despite the pleas of his family to choose a safer job.

In basic training at Fort Benning, Ga., the paper reported, Jacobs met Pat Tillman, the pro football player who gave up his lucrative career to join the Army and was killed last April in Afghanistan.

Jacobs landed with Company B of the 1-18 Infantry in April 2003, in the midst of the Iraq invasion. He served as a Bradley gunner, Humvee driver and platoon armorer. After months of training, his unit deployed to Iraq on Feb. 10, where it was posted to Camp Summerall in Bayji as part of Task Force 1-7.

Jacobs was the gunner atop Travis&#8217; Humvee that night. The NCO credited Jacobs with saving his life when they were attacked.

&#8220;I cry every night knowing that I am alive and you are not,&#8221; Travis said in his emotional tribute. &#8220;I am so sorry that this terrible thing happened to you, and all I can do is admire and respect the sacrifice you made for the platoon and for me.&#8221;

Jacobs is survived by his parents, Todd and Cindy, and his 12-year-old sister, Austin. A memorial service is scheduled Saturday in his hometown.