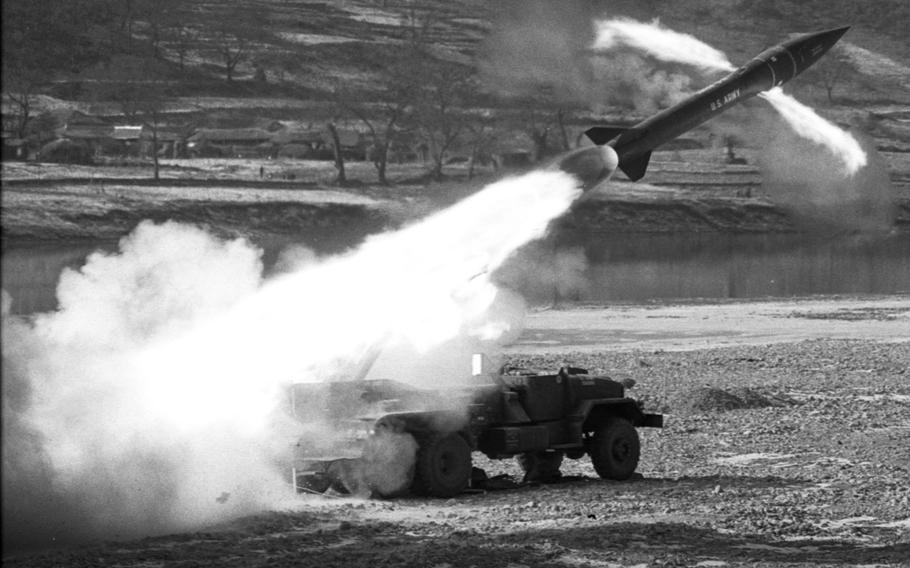 Buy Photo
An Honest John missile streaks away from its launcher, bound for a target 13 miles away, during testing in Korea in 1969. (Chung Tae Won/Stars and Stripes)

Buy Photo
An Honest John missile streaks away from its launcher, bound for a target 13 miles away, during testing in Korea in 1969. (Chung Tae Won/Stars and Stripes) 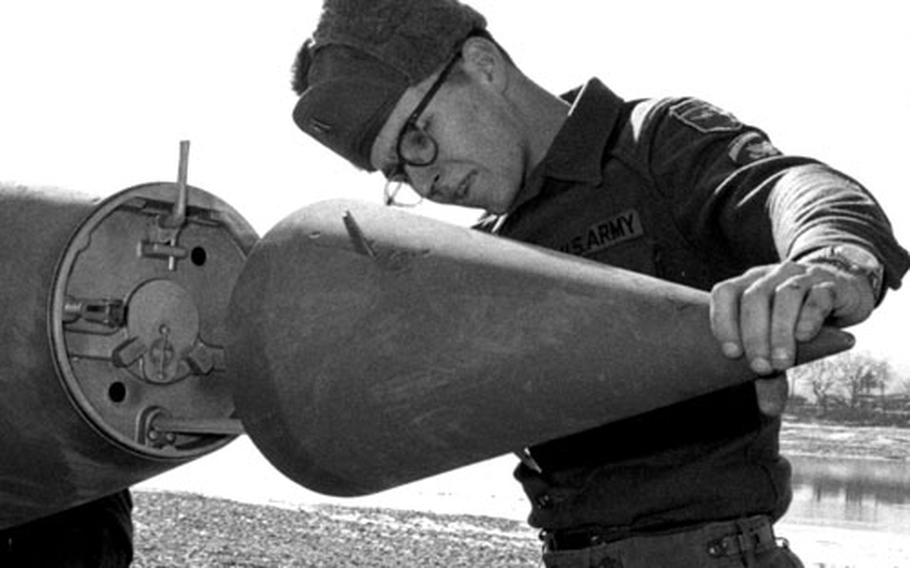 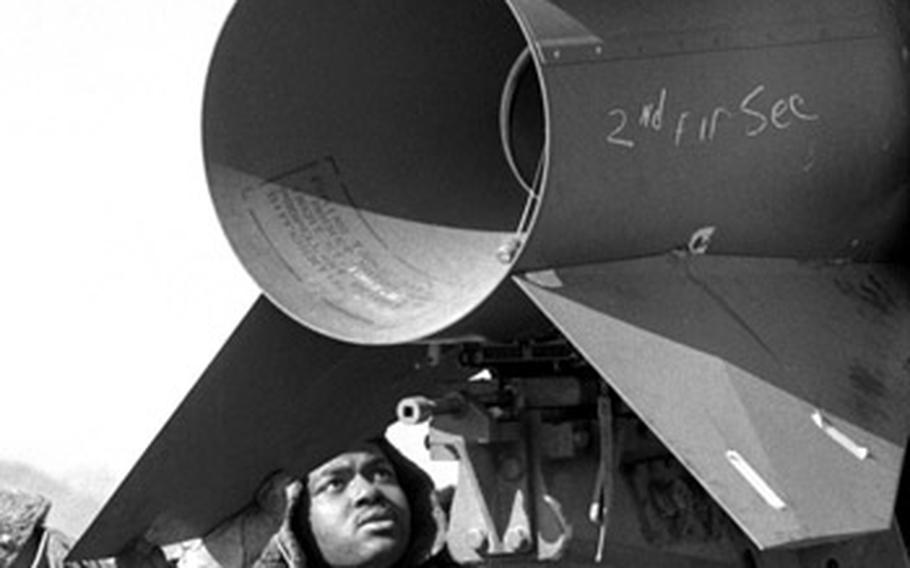 CHUNCHON, Korea — Four Honest John missiles, aimed by a portable computer for the first time in Korea, streaked across 13 mountainous miles and scored bullseyes on their targets here Wednesday.

The new $68,000 computer system enables men to put fire directly on a target in five minutes instead of the 30 minutes required for human calculations, according to Lt. Col. Roland M. Dixson Jr., commander of the 1st Bn., 42nd Arty., of the 4th U.S. Army Missile Command.

Using the computer, one man can handle 10 fire missions at the same time. It can store information on 32 targets and 16 firing points.

Given the possible variables, the computer; measures them against what it knows about the Honest John and gives what it thinks is the best aim and also its reasons for picking it.

Minutes before the first launch, a weather balloon was sent skyward and tracked by radar. Data collected on temperatures and winds at different altitudes was also given to the computer.

Of the four missiles fired, three stored direct hits and the fourth landed close enough to have destroyed the target.

Men from each of the battalion's three missile companies took part in the training, launching their rocket: on schedule — two simultaneously. Tile honest Johns were the 124th through the 127th fired by the battalion in Korea.