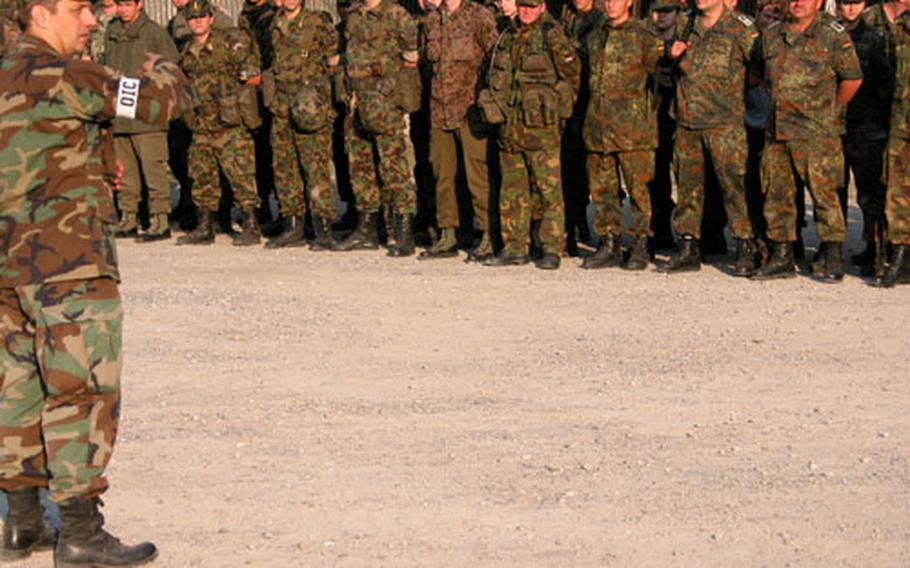 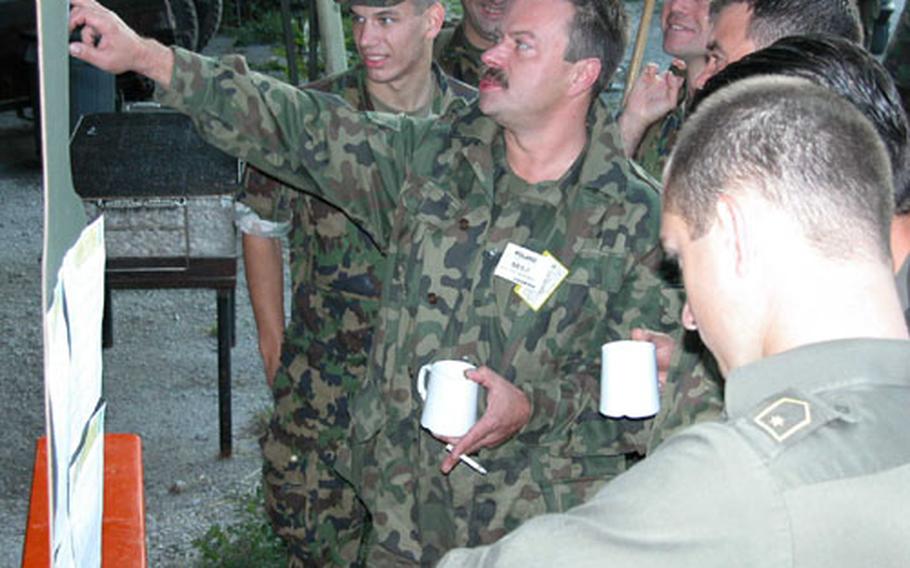 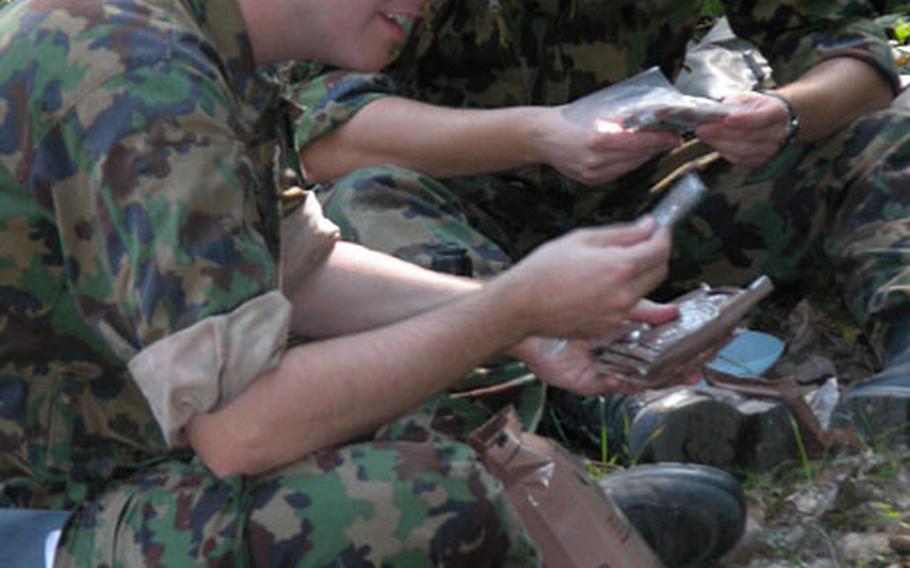 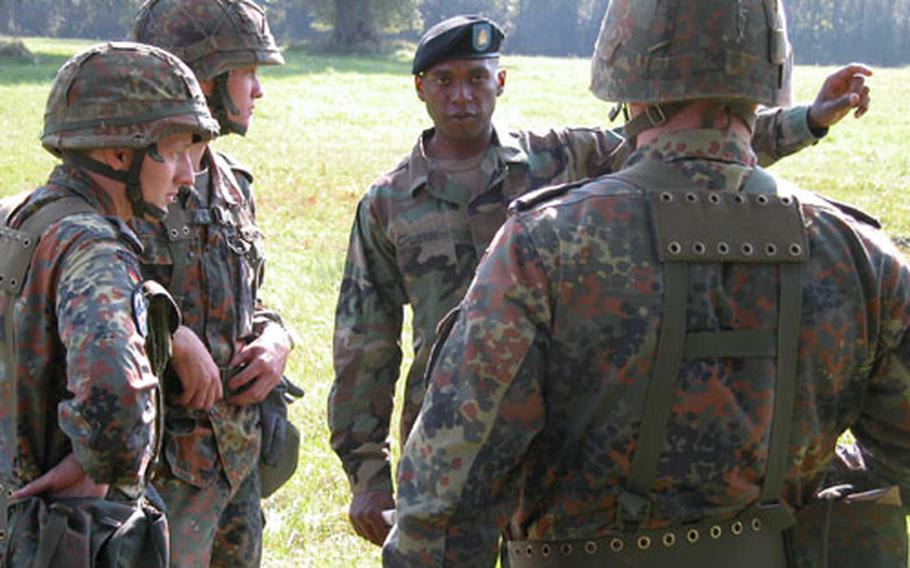 Maybe another unit will be host for a third.

The Bad Aibling base is closing in September 2004. The 401st MIC will then disband. Its multinational event, which took place Sept. 20-21, might become history.

They put together the first one in December.

&#8220;When I saw how well-received it was on an international basis and how much support we got from our troops, I felt the more times we could do it, the better.&#8221;

After Bad Aibling closes and the 401st MIC disbands, its members will be sent wherever, Riepl said. That will leave no one to host a third event unless someone else wants to do it.

The contest was held at Nussdorfer Au, a park at the foot of the Austrian Alps about 35 miles southwest of Munich. The games included rope bridge crossing, timed weapons assembly, land navigation and hostage rescue.

Riepl said the event helps soldiers from different countries work together. Every time there is a conflict &#8212; in Afghanistan, Iraq, Kosovo &#8212; that&#8217;s what happens, he said.

The Germans and Romanians were enemies until 1989. A year ago, they were working together to keep the peace in Kosovo, said Maj. Ludwig Krettler.

Krettler, 51, said he could remember the bad times. So when a Romanian unit was attached to his unit in Kosovo, he sensed the irony.

Unlike Bad Aibling&#8217;s intelligence units, many other bases have units that deploy regularly. That could make it difficult for someone else to organize the event.

Invitations to the different nations were sent through their embassies. The 401st was then allowed to contact units within those nations. Some of the units are regulars at the competitions.

The top three teams last weekend were a combined Austria-Finland squad, followed by teams from the Netherlands and United States. Each won a framed flag from Bad Aibling&#8217;s 108th Military Intelligence Group, of which the 401st MIC is a member.

Some teams won trophies, while others got certificates on which the flags from all the competing nations were printed.

Though the soldiers were from different countries, they looked similar &#8212; camouflage is camouflage. The main difference was the patches on their shoulders. There&#8217;s a blue cross on a white field for Finland, white cross on a red field for Switzerland.

Some of the non-U.S. competitors wore earrings and facial hair.

Members of the Polish team wore name tags. During downtime, the soldiers stood in small circles comparing boots and other gear.

The Swiss made good on their reputation. After the first day, which featured the shooting competition, the two Swiss teams were running 1-2.

Local Germans provided breakfast the next morning &#8212; cold cuts, cheese and bread, with strong coffee and weak tea served out of tubs with ladles.

Kapella was called on to fill out one of the Dutch teams, which had a member who couldn&#8217;t make it.

Rolf Hornberger, a 42-year-old specialist with the Swiss army, described the event as very friendly.

Not everyone saw it as fun and games.

There are other military skills contests in Europe. Some involve just shooting, others patrols, some have multiple events. Riepl and some soldiers from the other countries said the Bad Aibling competition involved more countries and events than those.

Afterward, they posed for pictures.