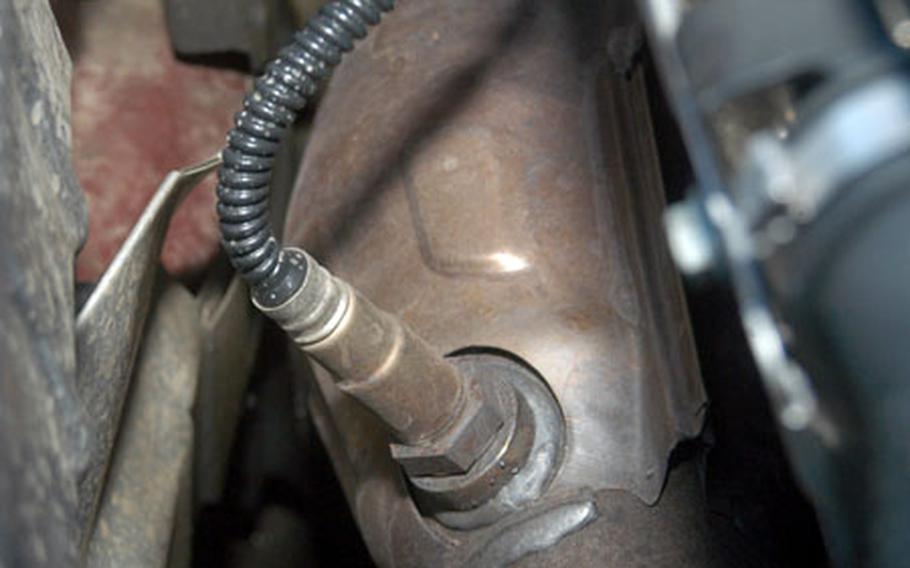 Harvest Energy &#8212; which supplies gasoline to U.S. bases in the U.K. &#8212; dispatched an independent gasoline testing company Monday to determine if fuel at AAFES filling stations on RAFs Lakenheath and Mildenhall is tainted with silicone, according to company spokesman Chris Brown.

The results are expected back either Wednesday or Thursday, Brown said.

An AAFES spokesman, however, said the service believes it has not sold tainted fuel.

Konop&#8217;s comments came as motorists flooded an on-base auto hobby shop reporting problems similar to those suffered by frustrated motorists across the United Kingdom in the past two weeks.

The silicone-tainted gasoline has resulted in scores of British motorists pouring into mechanic shops nationwide with oxygen sensor difficulties, which often lead to complete engine shutdown, according to British media reports.

The gasoline testing at RAFs Lakenheath and Mildenhall came as a result of complaints to station attendants that their vehicles have not been running properly after filling up at on-base stations, RAF Lakenheath gas station manager Shelby Douglas said Tuesday.

He said the frequency of problems with an otherwise resilient component raises concerns.

&#8220;Oxygen sensors are fairly resilient so to have that many in such a short period of time raises a flag,&#8221; he said.

He also stressed that mechanics are unsure if tainted fuel is responsible for the spate of recent troubles.

Pidgeon said some cars are equipped with four sensors, and that repairs can cost anywhere between $300 and $1,000 in a worst-case scenario. The auto hobby center has reduced the cost of a diagnostic scan from $60 to $40 as a result of the flood of troubles, Pidgeon said.

Senior Airman Marisa Rojas, a supply journeyman at 100th Logistics Readiness Squadron, fears two of her vehicles may have been affected.

She first noticed sputtering in her Chrysler PT Cruiser about a month ago and a fuel filter had to be replaced. More recently, her new Mazda CX7 had its check-engine light appear Saturday after filling up at RAF Mildenhall days earlier.

Christy Simmonson, a military spouse preparing to move, said her check-engine light began to flash Friday after filling up at RAF Mildenhall.

Brown, meanwhile, confirmed that Harvest Energy had supplied gas tainted with silicone to scores of British gas stations in the past two weeks. An investigation has traced the silicone-tainted gas to a depot in Essex, he said.

>If you suspect car problems linked to gas ...

What to look for: