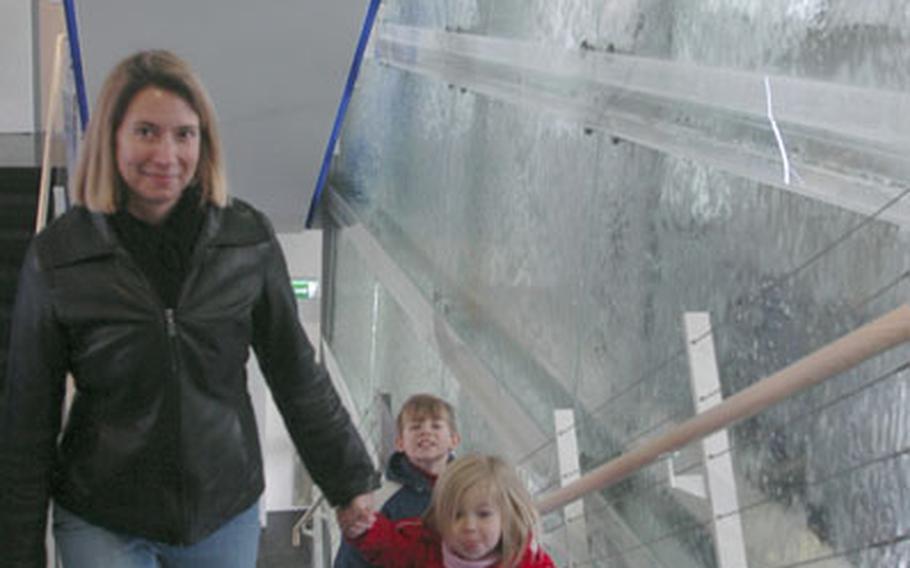 Jan McCoy and her children, Abby, 3, and Benjamin, 8, climb the stairs next to the waterfall inside the new Community Services building at Panzer Casern near Stuttgart, Germany. (Charlie Coon / S&S)

Jan McCoy and her children, Abby, 3, and Benjamin, 8, climb the stairs next to the waterfall inside the new Community Services building at Panzer Casern near Stuttgart, Germany. (Charlie Coon / S&S) 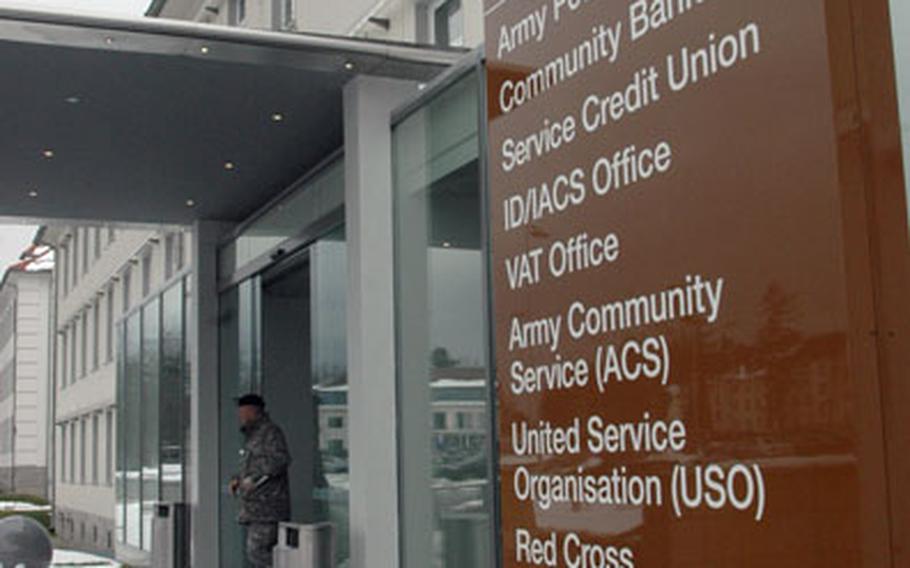 The new Community Services Building at Panzer Casern near Stuttgart brings under one roof many services that were previous scattered throughout the community. (Charlie Coon / S&S) 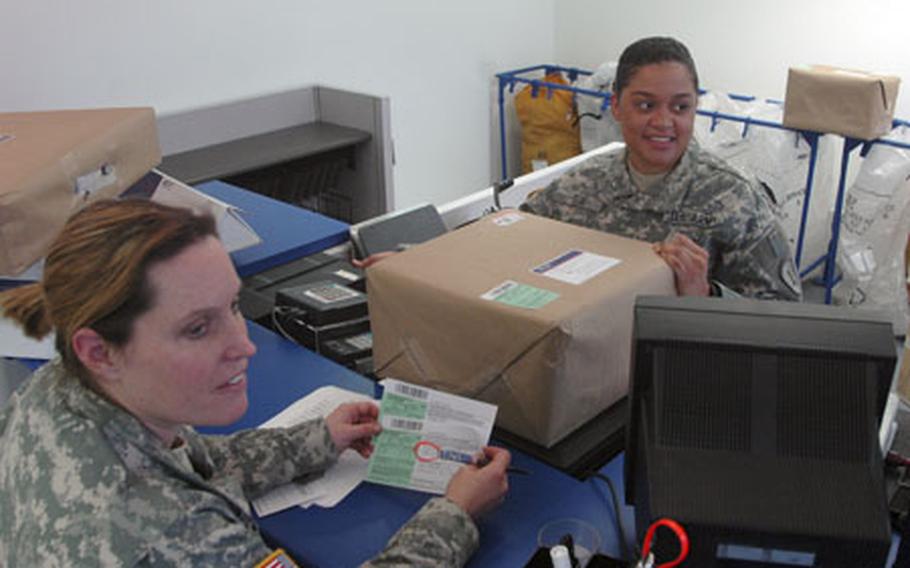 B&#214;BLINGEN, Germany &#8212; People ushered in a new phase in Stuttgart&#8217;s military history on Monday when they got down to business at the new Community Services building.

The renovated, four-story building on Panzer Casern became home to Army Community Services, or ACS, and several other highly used services that were formerly located at bustling Patch Barracks, five miles to the north.

Monday&#8217;s opening further established Panzer as the new hub of nonmilitary activity in Stuttgart. Next Wednesday, across the parking lot from the services building, a 140,000-square-foot post exchange is scheduled to open. It will be the largest in Europe.

The services building along with the nearby Stuttgart Welcome Center that opened two years ago will now enable people moving into or departing Stuttgart to find most of what they need in one place &#8212; identification cards, vehicle registration, housing office, and so on.

Some who work at Patch have complained, said Jeff Hiatt, director of the Stuttgart USO, which used to be next door to the U.S. European Command headquarters.

The new accommodations, though, are much roomier and more comfortable. There&#8217;s fresh paint and carpet, new chairs and sofas, even flat-screen TVs and spiffy kitchen areas. The renovation cost $6 million.

A few bugs were discovered on Monday.

Hand driers weren&#8217;t yet installed in some of the bathrooms. One of the computers didn&#8217;t want to cooperate inside the identification card office. It was no big deal, though.

By midday, though, the line was gone and things were running smoothly.

Pfc. Kenia Felix, one of those getting used to her new digs, jumped when the funny-sounding bell went off behind her.

Meet the new doorbell. Felix then opened the back door of the Army Post Office for one of her colleagues from 3rd Platoon, 566th Postal Company.

Jan McCoy, wife of Warrant Officer Christian McCoy of 1st Battalion, 10th Special Forces Group, said newcomers would have an easier time but expressed the sentiments of some longtime Panzer tenants &#8212; the Special Forces soldiers, troops from Navy Special Warfare Unit Two, and others &#8212; about the new, busy atmosphere at Panzer.