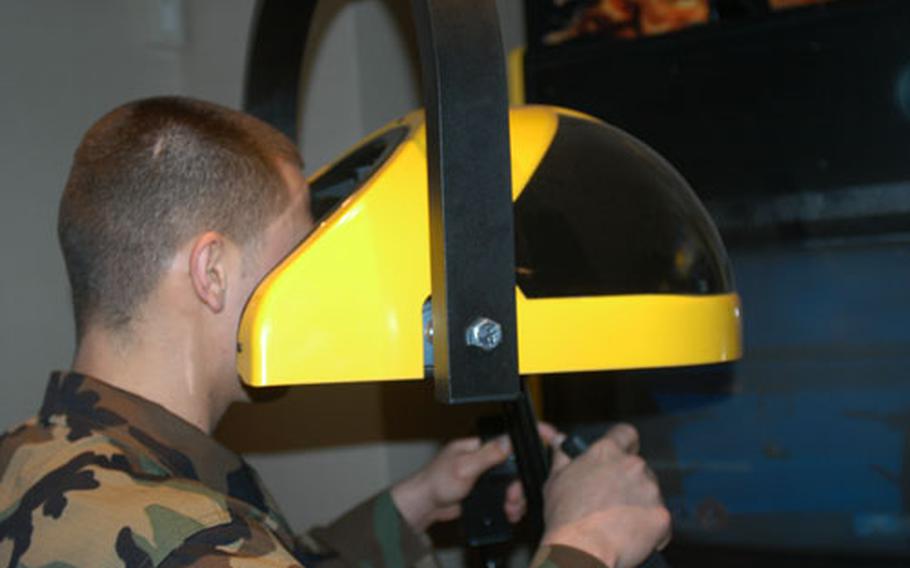 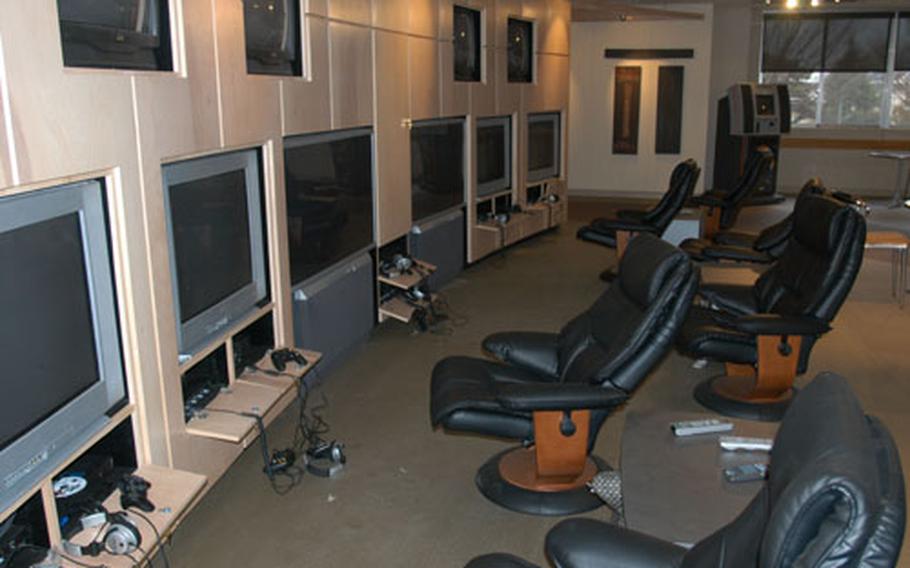 MISAWA AIR BASE, Japan &#8212; Patrons here flock to the Mokuteki Community Center for Cafe Mokuteki&#8217;s humongous burgers and hot coffee drinks, but few venture upstairs, where once there were pool tables, pinball machines and empty rooms.

If you&#8217;re an amateur musician or an Xbox junkie, that may be about to change.

The cafe still is open for business, but it&#8217;s now part of a revamped community center decked out with $1.25 million in gaming devices, computers, televisions, new floors, furniture and walls.

The center was to reopen Friday after closing for renovation Feb. 9; it now offers something for almost everyone, said Daniel McBride, community center director.

Both floors received improvements but the upstairs underwent a stunning metamorphosis. The Vortex game room now is jazzed up with six big-screen Sony televisions and comfy chairs where patrons can hook up a PlayStation or Xbox. Four other television sets are for DVD viewing.

The room is designed for single airmen and sailors, most of whom live in nearby dormitories. Visitors must be at least 18 or accompanied by an adult to use the room.

But married personnel and dependents also can come and play.

Maloney lives across the street from Mokuteki. He briefly checked out the center Thursday morning and appeared astounded at the changes. &#8220;I think it&#8217;s great. I like the wall units,&#8221; he said of the big-screen TVs.

The community center&#8217;s program director, Quincy Franklin, said initially, 43 new PlayStation and Xbox games will be available for sign out, some designated for teenagers, some for all ages and others for adult users.

All activities are free and nonalcoholic, McBride said.

Other improvements to the upstairs include:

&#8226; Goraku Conference Room: New dance floor, movie screen, a digital karaoke machine and $10,000 jukebox that downloads music from the Internet, new carpet and sofa and mood lights. Can be used for parties and meetings.

On the first floor, the Genki Ballroom has new carpet and stage curtains, resurfaced walls and a storage area for chairs and other accessories.

Information Ticket and Tour and Four Seasons Travel may move into a refurbished room on the first floor, McBride said. The base is awaiting funding approval for a covered-patio eating area outside the community center.