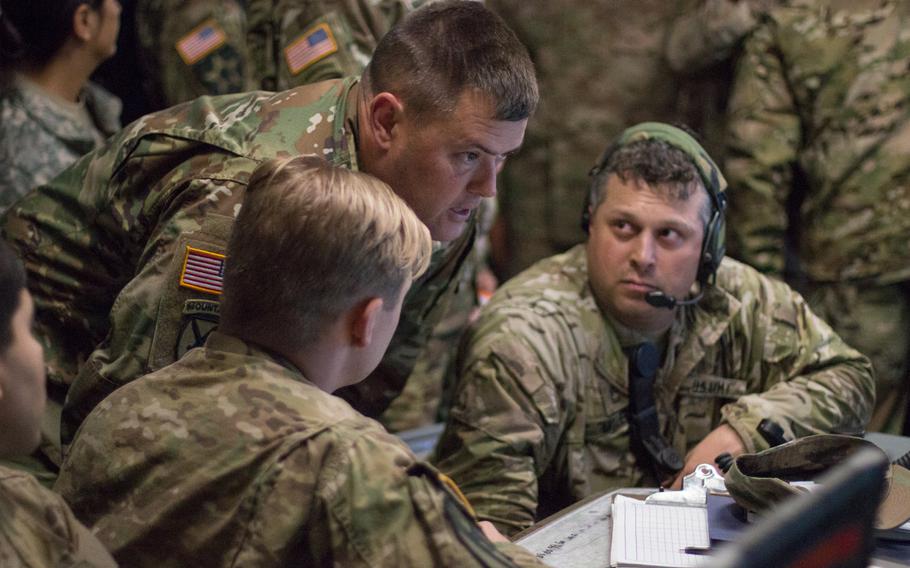 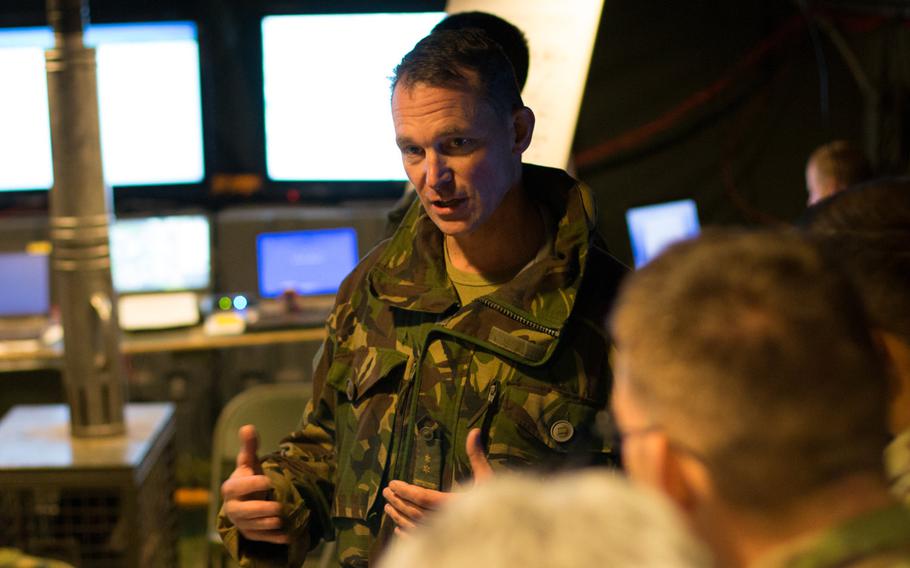 HOHENFELS, Germany — Can you hear me now?

One of the biggest challenges U.S. Army Europe faces when training with allies is being able to communicate over radio systems that have incompatible encryption systems, which makes it difficult or impossible to share sensitive data.

The issue was at the forefront of discussions among top U.S. and European army officials who gathered Thursday and Friday at USAREUR’s training grounds here.

They were getting a lesson in the challenges inherent in multilateral training as allies from 13 countries are participating in Combined Resolve V, an exercise that seeks to increase cooperation between armies from across Europe.

The general officers toured American and Dutch tactical operations centers at the training grounds here to learn about the obstacles to communicating with troops in the field.

“At this moment, we are not fully interoperable with the lower level,” said Dutch Capt. Mathijs DeBruijn.

Being able to train as if it were a real battle is critical, officials said.

The major issue, DeBruijn said, is that the radios multinational units use in the field rely on a piece of technology called the tactical voice bridge. This stopgap component put into use just last year allows for radios from different nations with different encryption standards to talk to each other.

Before the voice bridge was developed, communication between two radios with different types and echelons of encryption was difficult if not downright impossible.

DeBrujin said the voice bridge works, but it has limitations. The device needs to be programmed for the types of radios that are plugged into it, and allied forces have only limited numbers of them. Right now, the Dutch operations center only has one in use.

This means most of their most vital communications are done over an unsecured line, which further limits the type of information that can be passed between allied units.

“We will have to use just single-channel, plain text, unciphered radio. So that means we cannot use any classified information on that radio net,” DeBruijn said. “What would really help us, if that is possible, to connect radios directly to each other without configuring the item that’s in between.”

Maj. Gen. Jonathan Maddux, program executive officer for U.S. Army’s Simulation, Training and Instrumentation, said his department plans to ask the Department of the Army to ease some restrictions on ally-to-ally communication.

“The protocols, the encryption, the demodulation, the translators ... all that needs to be looked at and addressed if we’re going to train as we fight,” he said.

Maddux disclosed that the Army is collecting data ahead of a potential MILES equipment upgrade, both for Americans and the partner nations exercising with USAREUR. The MILES — or Multiple Integrated Laser Engagement System — is equipment American forces use to simulate combat between friendly units. Other partner nations have similar equipment, but there are differences.

“Now our weapons systems are different than some of our coalition partner weapons’ systems, so therefore we know that there’s gaps that exist there,” Maddux said. To minimize those gaps, his department is looking at software and calibration upgrades to the MILES gear in order “to have engagements that are accurate on both ends.”

As with all things, he said, the need for upgraded capabilities in communications and simulated warfare has to be balanced against a USAREUR budget that continues to shrink.

“It’s important that we get it right and prioritize those tasks so we can have the big Army take a look at those and consider those as we compete in this fiscally constrained environment,” he said.