Committee sends 6 VA appointees to Senate floor for a vote 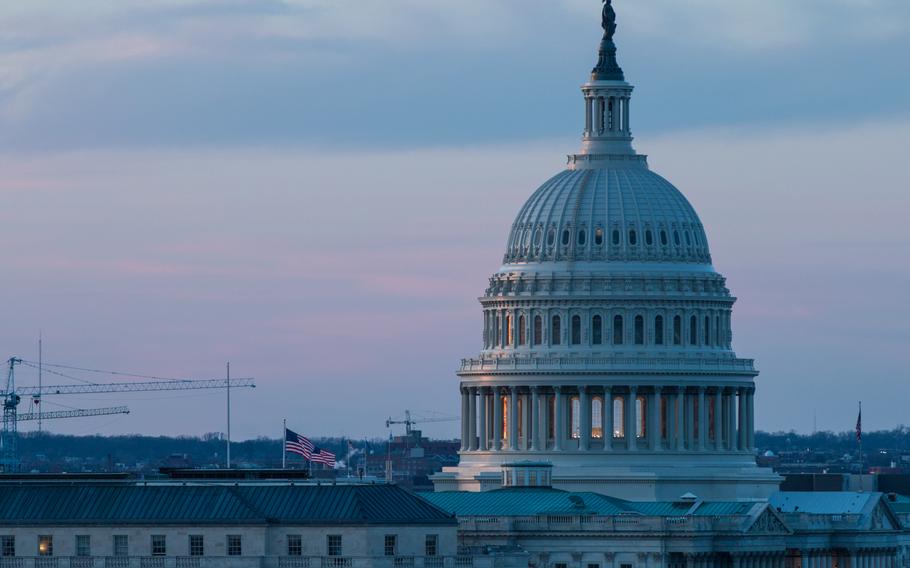 The voice vote came one day after committee members questioned the appointees in a public hearing. It was unclear Thursday when the Senate would schedule confirmation votes, but Sen. Johnny Isakson, R-Ga., the committee chairman, asked that it happen soon.

“I urge the full Senate to quickly approve these nominees so they can assume their positions and serve veterans well,” Isakson said in a prepared statement.

One of the nominees, Thomas Bowman, is slated to take the No. 2 spot at the VA. Trump announced his nomination June 21. Bowman, who now serves as staff director for the Senate Veterans’ Affairs Committee, is a retired Marine Corps colonel and has held several leadership positions within the VA.

As deputy secretary, Bowman would oversee and manage daily operations at the VA, which is the second-largest federal agency behind the Defense Department. He said during his confirmation hearing Wednesday that he wanted to improve connections between VA headquarters and employees out in the field, and to help the VA earn back the trust of veterans and the American public.

“Modernizing the VA… working with Congress, [veterans service organizations] and other stakeholders to boldly and aggressively address needs highlighted by each of them will build upon what Trump, [VA Secretary David] Shulkin and the Congress have already started, to hopefully regain that trust,” Bowman said.

Sen. Jon Tester, D-Mont., the ranking Democrat on the Senate committee, said Wednesday that there needs to be some “common sense” at the VA.

“I hope you’re the guy to provide that,” Tester said of Bowman.

The Senate will also vote on the nomination of Brooks Tucker to be the assistant VA secretary of congressional and legislative affairs. Tucker worked on Trump’s transition team and is now a senior adviser to Shulkin. He was previously a senior policy adviser to Sen. Richard Burr, R-N.C. He’s a retired lieutenant colonel in the Marine Corps.

Trump also nominated Michael Allen, Amanda Meredith and Joseph Toth to the U.S. Court of Appeals for Veterans Claims, which hears cases from veterans who think their claims for VA benefits were denied unjustly.

Allen is a law professor and director of the Veterans Law Institute at Stetson University in Gulfport, Florida. Meredith is the deputy staff director and general counsel for the Senate veterans committee and Toth served as a judge advocate in the Navy. In 2011, Toth partnered with prosecutors in Afghanistan to establish rule of law in the district where the Taliban was formed.

“It’s very important we get these done now so they can get to work,” Isakson said Wednesday. “Every day they’re not working, our veterans are not being served, and that’s not good for our country.”