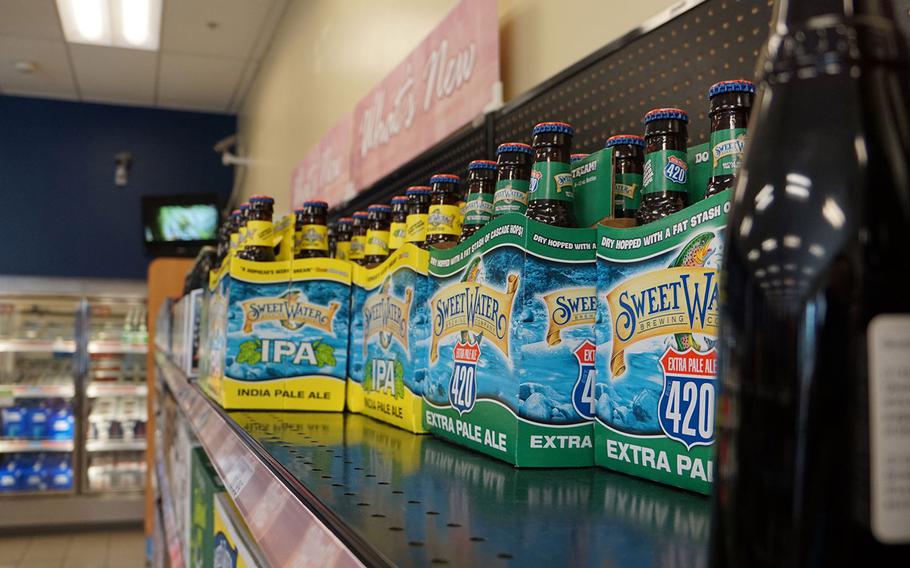 Buy Photo
Beer and wine line the racks at a shoppette on Yokota Air Base, Japan, Tuesday, Oct. 23, 2018. (Leon Cook/Stars and Stripes)

A recent trial of beer and wine sales at some stateside commissaries has proved popular, but officials can’t say if and when alcohol will be available at overseas facilities.

“We believe that the initial rollout to the 12 pilot commissary stores was executed by [the Defense Commissary Agency] and exchanges in a successful manner,” Air Force Maj. Carla Gleason, a Defense Department spokeswoman, recently told Stars and Stripes via email.

To minimize the impact on the profits of each branch’s exchange service, the commissary has been buying alcohol for resale from the exchange, in the same way tobacco products are handled, according to an April memo from then-Undersecretary of Defense for Personnel and Readiness Robert Wilkie.

“Because this is the first time we’ve offered these products in our stores, and without further analysis, it is difficult to state whether these results are good or bad,” she said.

However, there have been many positive comments from shoppers about the convenience of commissary alcohol sales, Gleason said.

The pilot isn’t quite over, and analysts have yet to examine the sales data. A decision on whether the sales will be rolled out at commissaries worldwide won’t be available until that study is complete, she said.

A separate study assessing whether whiskey, vodka and distilled spirits should be sold at commissaries is also underway, she said.