Wine is sold at an Express store at Kleber Kaserne in Germany. Commissaries will start selling beer and wine within the next 90 days. (Stars and Stripes)

Wine is sold at an Express store at Kleber Kaserne in Germany. Commissaries will start selling beer and wine within the next 90 days. (Stars and Stripes) 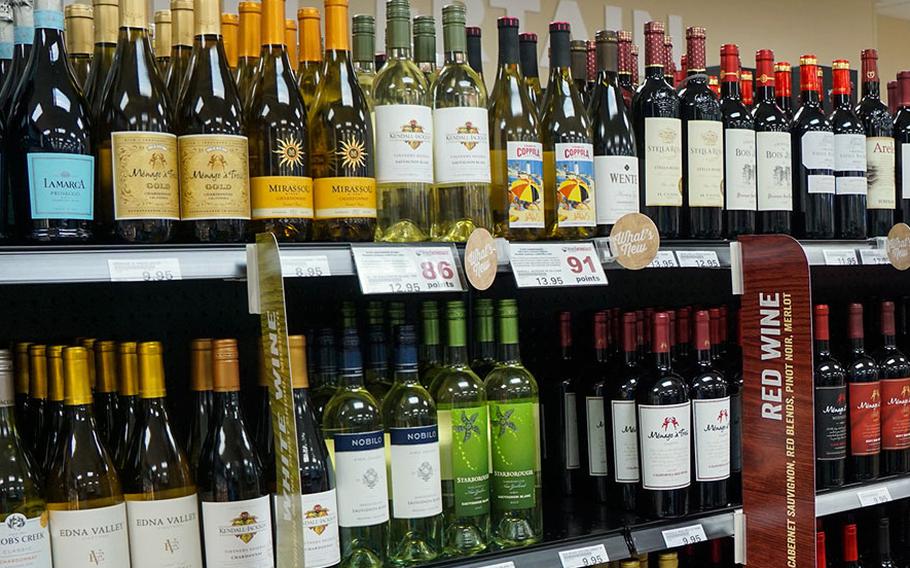 A Defense Department memo says beer and wine will soon be sold at commissaries in an effort intended to bring greater convenience for customers who previously had to visit exchange facilities to purchase alcohol, such as this convenience store at Yokota Air Base, Japan. (Leon Cook/Stars and Stripes)

Commissaries will start selling beer and wine within the next few months, according to a memo written by Defense Department official.

“The availability of beer and wine at military commissary stores will increase customer satisfaction and convenience, and align with common commercial grocery store practices,” Robert Wilkie, the department’s undersecretary of defense for personnel and readiness, said in an April 27 memo quoted by Military Times.

Beer and wine sales will begin within 90 days; however, hard liquor is excluded from the new policy, according to the memo.

Commissary alcohol prices will be comparable to those at military exchanges, Wilkie said in a separate memo about the change.

Commissaries haven’t sold beer or wine in the past, aside from a few limited trials.

To minimize impact on exchange profits, the commissary will purchase alcohol for resale from the exchange in the same way that tobacco products are sold, Wilkie said.

Commissary officials will comply with the DOD requirements for on-base alcohol sales, including age restrictions, quantity limits and inventory controls, he added.

The initiative follows past recommendations, including one by the Military Compensation and Retirement Modernization Committee in 2015, to allow commissaries to sell beer and wine to make a profit, and to add to customer convenience.

“I think it’s great, and could save people a trip,” Air Force Master Sgt. Karl Bradley, a trombone player for the 5th Air Force’s “Band of the Pacific” at Yokota Air Base, Japan, told Stars and Stripes Wednesday.

“However, it’s not going to have a huge impact on me. It could be more or less convenient for [servicemembers] depending on what state they’re stationed in,” he said, explaining that grocery stores in Missouri sell alcohol while those in Colorado do not.