Commissaries in Europe recall thousands of pounds of beef 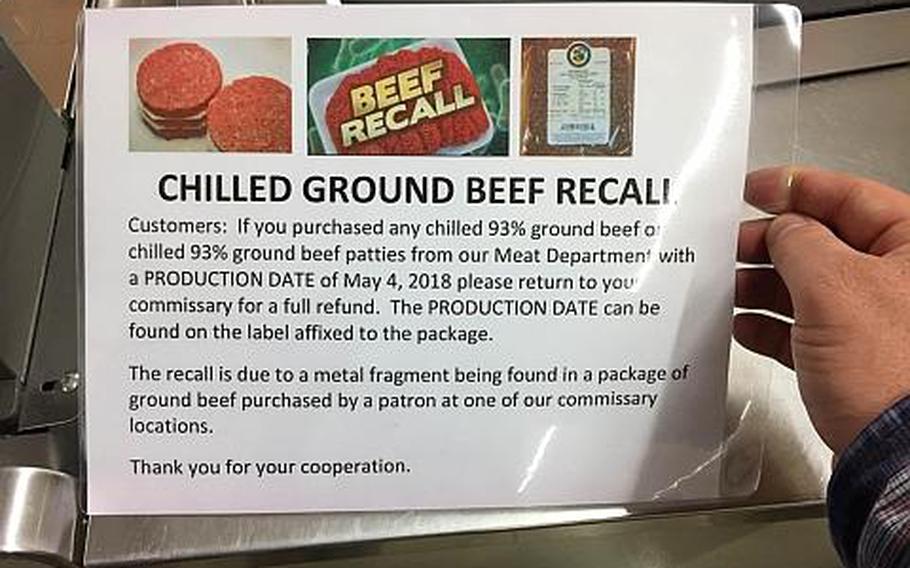 Buy Photo
A sign at the Vogelweh commissary in Germany on May 2018 warns customers about a ground beef recall due to metal fragments being found in a package purchased at a commissary. (Will Morris/Stars and Stripes)

Buy Photo
A sign at the Vogelweh commissary in Germany on May 2018 warns customers about a ground beef recall due to metal fragments being found in a package purchased at a commissary. (Will Morris/Stars and Stripes) 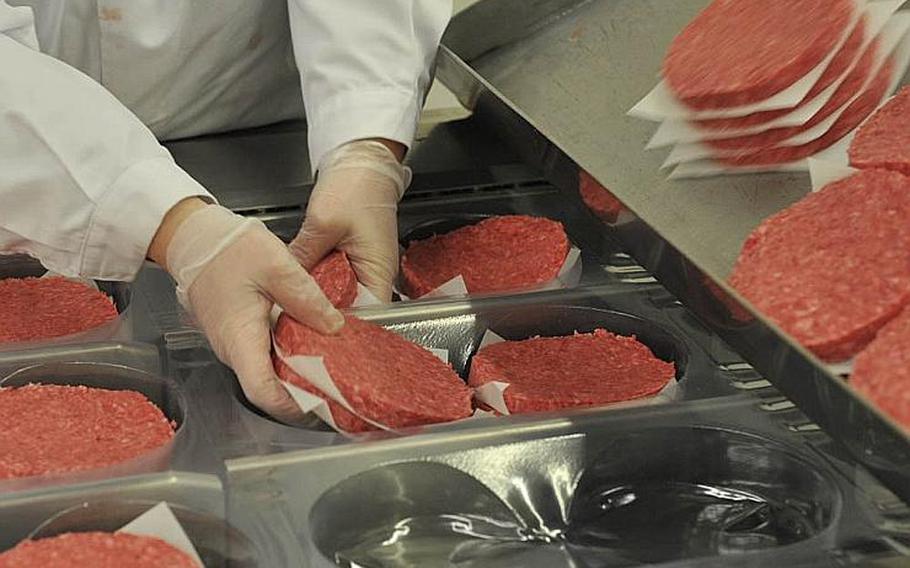 An employee packages hamburger patties on Jan. 25, 2016, at Ramstein Air Base, Germany. More than 3,000 pounds of ground beef were recalled at European commissaries in May 2018. (Larissa Greatwood/U.S. Air Force)

KAISERSLAUTERN, Germany — Commissaries across Europe have pulled thousands of pounds of ground beef from their shelves and issued a recall after metal was found in a package in Germany.

On May 16, officials recalled some 3,900 pounds of 93 percent ground beef and patties with a production date of May 4, 2018, from 18 commissaries in Europe after discovery of the metal fragment at the Spangdahlem Air Base store.

“The safety of our customers is paramount. Signs have been posted in the stores alerting customers to return their purchased products to the store for a full refund.” said Norman Brown, Defense Commissary Agency Europe director in a statement.

Two other recalls were also recently announced for products at commissaries.

The latest recall — announced on the DeCA website Monday — was for 16-ounce bags of Snak Club Tropical Trail Mix, manufactured by Century Snaks. DeCA said that an unknown number of Tropical Trail Mix bags contain Yogurt Trail Mix product instead, which may itself contain milk, soy, wheat and cashew allergens.

Earlier this month, DeCA pulled certain Golden Flake, Good Health and Utz tortilla chips because of the possibility they might have been contaminated by a product containing dairy.

For updated information on recalls, go to http://commissaries.com/our-agency/newsroom/news-releases.