Commanders urge Spangdahlem airmen to get out and see Germany 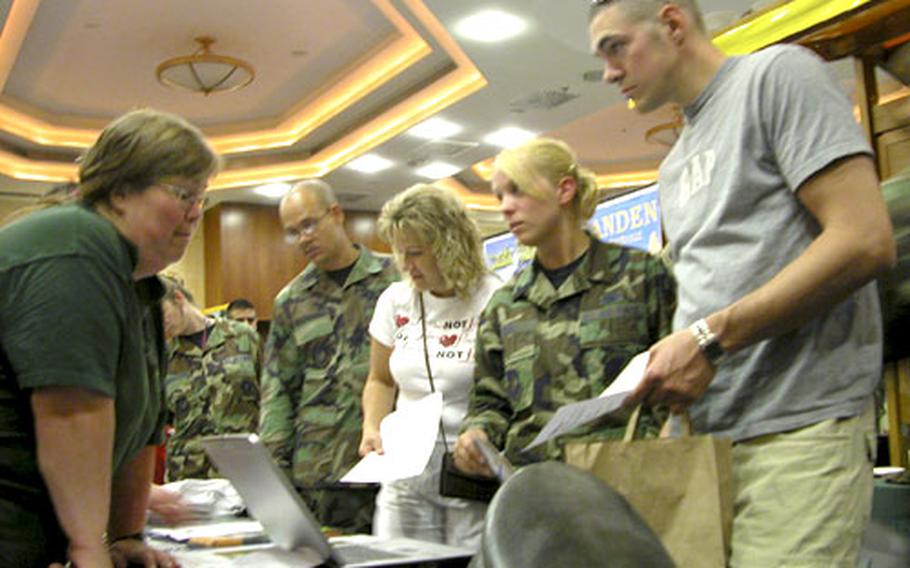 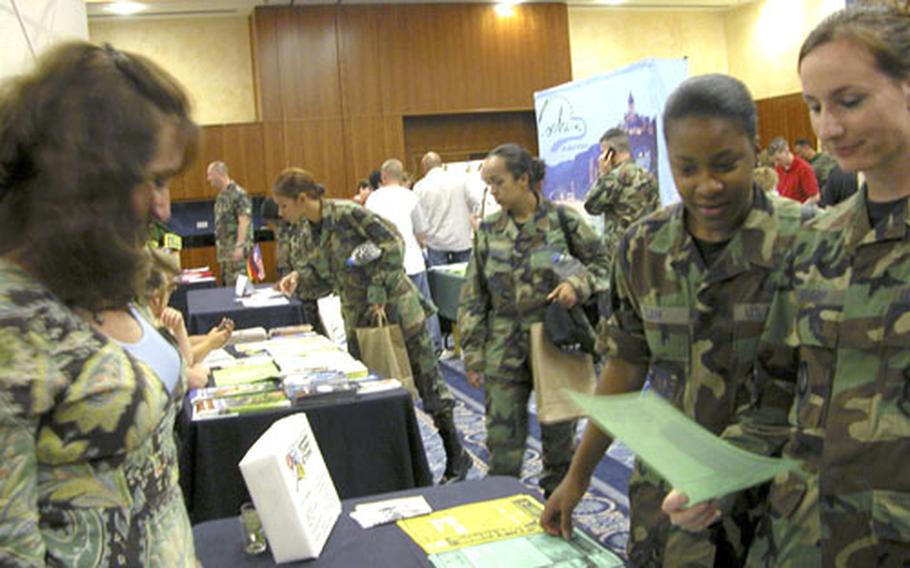 SPANGDAHLEM AIR BASE, Germany &#8212; The commanders of Spangdahlem Air Base have one order of business for their crews next week: Go check out Germany.

More specifically, check out the Eifel region where the base is situated. In fact, airmen will have all week to pick a destination and head out behind the American bubble that houses the base exchange and Popeye&#8217;s chicken and biscuits.

To facilitate this cultural exploration, the base command hosted the second, annual &#8220;Explore the Eifel&#8221; fair Friday. All military personnel were ordered to attend the expo and check out the various Germans who came to show off what&#8217;s to do in the Spangdahlem area.

Throughout the day, camo-green uniforms mingled with Germans who were touting everything from horseback riding lessons to parks, wine-tastings and castle tours.

But the airmen are not being forced to check out the local area, said Lt. Col. Angel Diaz, deputy operations group commander for the 52nd Fighter Wing, the host unit at Spangdahlem.

Goldfein grew up in Germany as an &#8220;Air Force brat,&#8221; and wanted other airmen to experience the culture off base, Diaz said, and Roberson has supported the effort as well.

Some airmen are too content to just hang around the base amenities, he said. &#8220;One of the best parts of being overseas is exploring,&#8221; Diaz said. &#8220;You tend to gravitate toward what you know, and sometimes it takes a push.&#8221;

The area around the base is largely rolling pastures. There&#8217;s no big city nearby by for airmen to head to on the weekend. Having a tangible initiative to get Germans and Americans knowing each other is beneficial, he said.

With a gift bag and some brochures in hand, Senior Airman Michael Davison said it was difficult to find things to do when he arrived six months ago.

Elfriede Sebastiani was touting a wine-tasting held at a nearby vineyard. Participants are taken out into the vineyard, overlooking the Mosel River, for a glass and a picnic. Then they go inside for a large wine-tasting and dinner. &#8220;It&#8217;s a lot of fun, I hope,&#8221; she said.

Staff Sgt. Mary Sharp said she knows plenty of Spangdahlem airmen who could use a bit of exposure off the base.