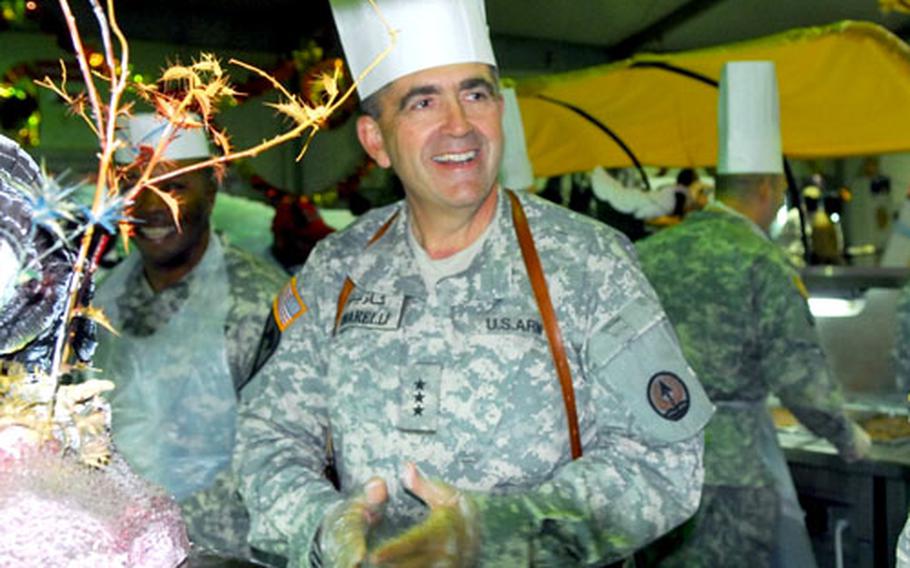 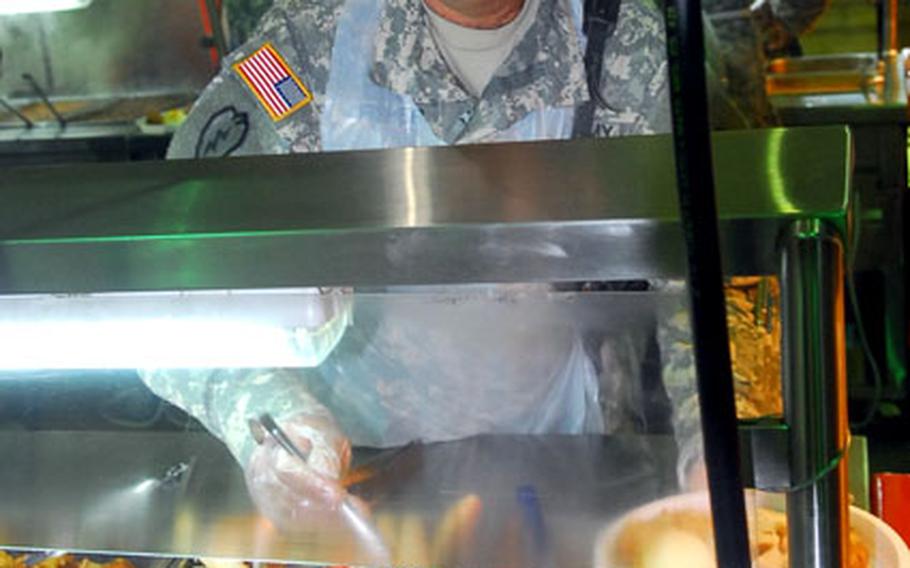 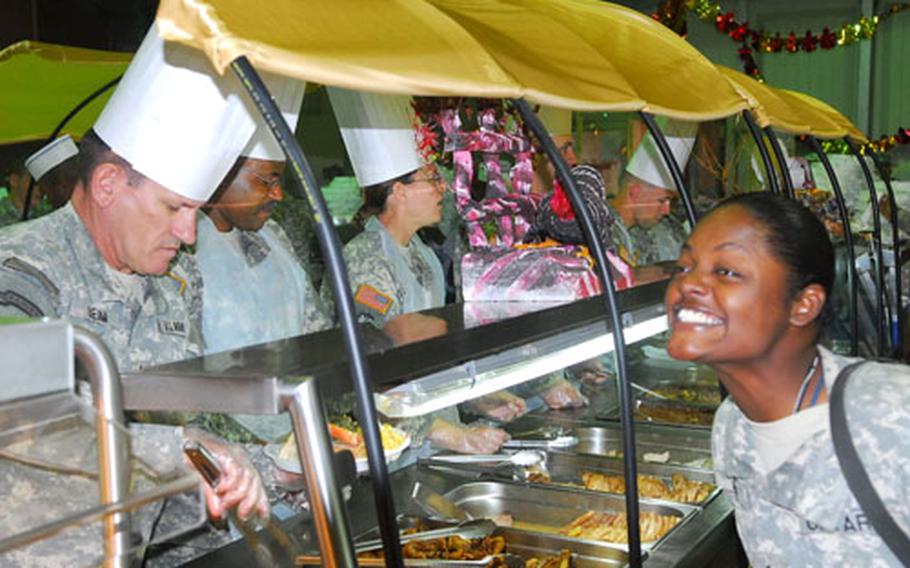 A soldier grins for the camera while waiting in line for her Thanksgiving meal at Camp Speicher. (Monte Morin / S&S) 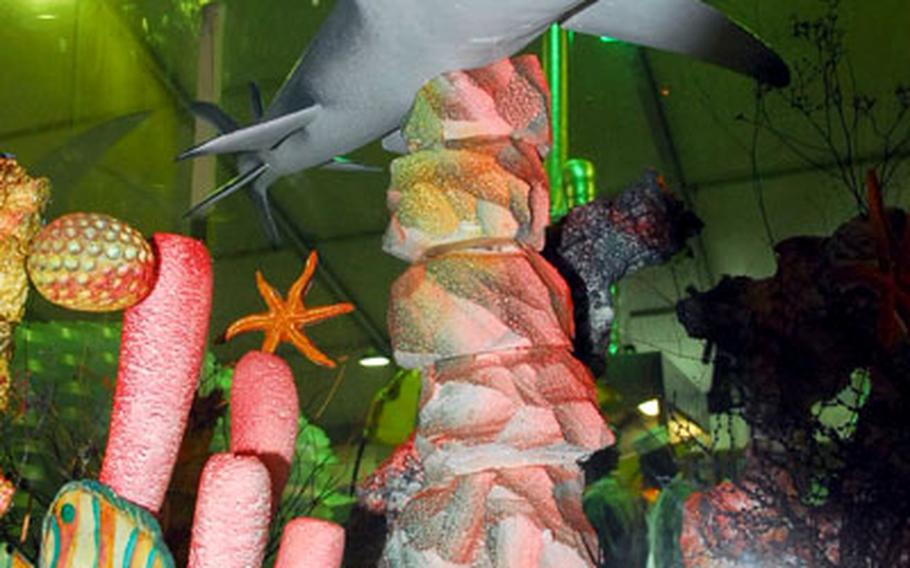 A shark and coral hand-crafted from Sytrofoam were a few of the more exotic displays decorating dining facilities at Camp Speicher. (Monte Morin / S&S)

TIKRIT, Iraq &#8212; It was a star-studded Thanksgiving for Pvt. 1st Class Marlenis Bjorkman and more than 3,500 fellow soldiers attached to the 25th Infantry Division&#8217;s Combat Aviation Brigade on Thursday.

The stars came in the form of Lt. Gen. Peter W. Chiarelli, commander of Multi National Corps Iraq, and a line of commanders, all of whom served up turkey, ham, stuffing, sweet potatoes and other fare at Camp Speicher.

While it&#8217;s a time-honored tradition that commanders and other officers in the U.S. Army act as food servers during the holidays, Bjorkman said she was shocked to look up from her food tray and see three-stars commanding a serving spoon.

Bjorkman, who belongs to the 3rd Battalion, 25th Aviation Regiment, said the experience was a little disorienting. Her friend, Spc. Charles Boxell, 29, of Toledo, Ohio, took the moment in stride however.

For his part, the general said he was more than happy to be filling up plates on Thanksgiving.

For U.S. military personnel throughout Iraq, a lavish meal at the dining facility is the primary means of celebrating Thanksgiving. Other than making a phone call home, the day is pretty much business as usual. For this reason, commanders, food contractors and food preparers go all out on Thanksgiving. The planning for this meal began almost two months ago.

Serving lines were dressed up as covered wagons, while a tepee and dough-crafted American Indian chief rounded out the Thanksgiving theme. Other non-traditional decorations included cakes decorated with the seals of each branch of the U.S. military, a Styrofoam and spray-paint diorama of a shark swimming over a coral reef and a miniature swamp boat.

Senath Fernando, 32, of Sri Lanka, a KBR employee, crafted all of the decorations himself over the last month and a half.

In many ways, Thanksgiving is the ultimate performance review for food service contractors and soldiers who supervise them.

On Thursday, Master Sgt. Danny Van Tassell, 40, was a ball of energy as he oversaw the proceedings. Van Tassell is the contracting officer for the dining facility, and Thanksgiving is the Super Bowl of mess hall events.

Col. A.T. Ball, commander of the 25th CAB, said he was more than pleased with the spread.

The colonel said that when he&#8217;s back in the States with his family, they usually eat Thanksgiving dinner at an Army dining facility.