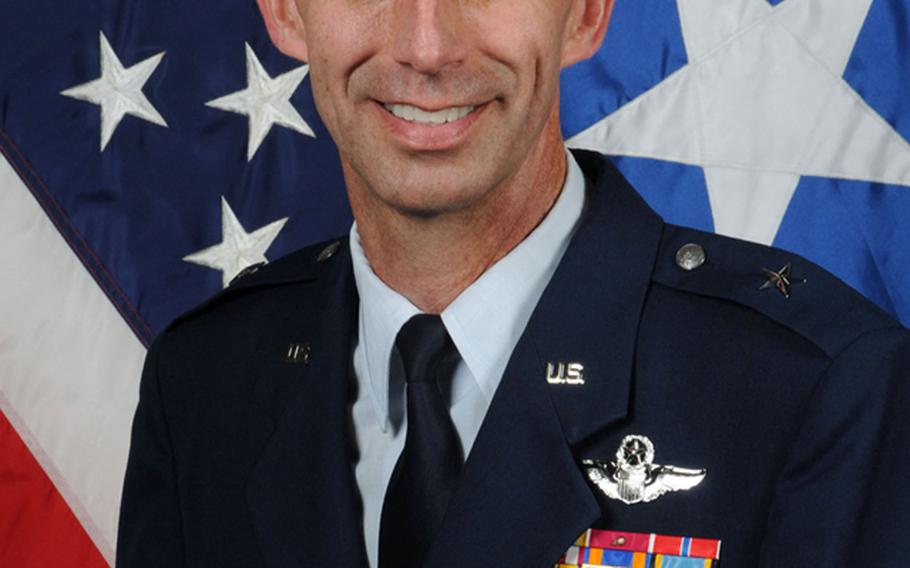 AVIANO AIR BASE, Italy — Two Air Force commanders based in Europe and two serving in Southwest Asia are among 60 senior officers nominated for promotion, according to a Pentagon press release issued Thursday.

Brig. Gen. Scott J. Zobrist, commander of the 31st Fighter Wing at Aviano Air Base will be promoted to major general if confirmed by the Senate.

Zobrist, serving his third assignment to Aviano, has been commander of the wing since April 2011. His next assignment was not announced and neither was his successor at Aviano.

That person could be one of the 35 colonels nominated for promotion to brigadier general. The list includes Col. John S. Shapland, commander of the 435th Ground Operations Wing at Ramstein Air Base, Germany. The announcement did not mention new assignments for any of the colonels.