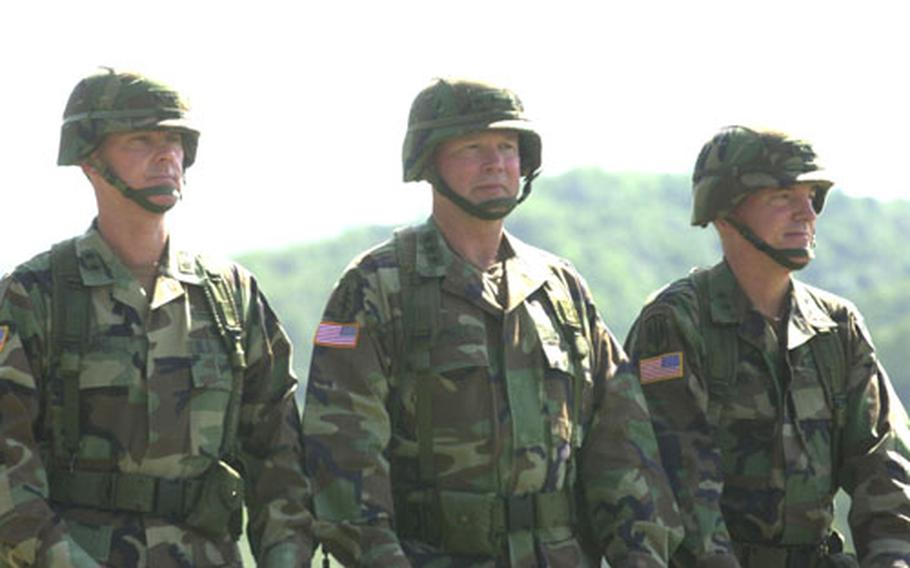 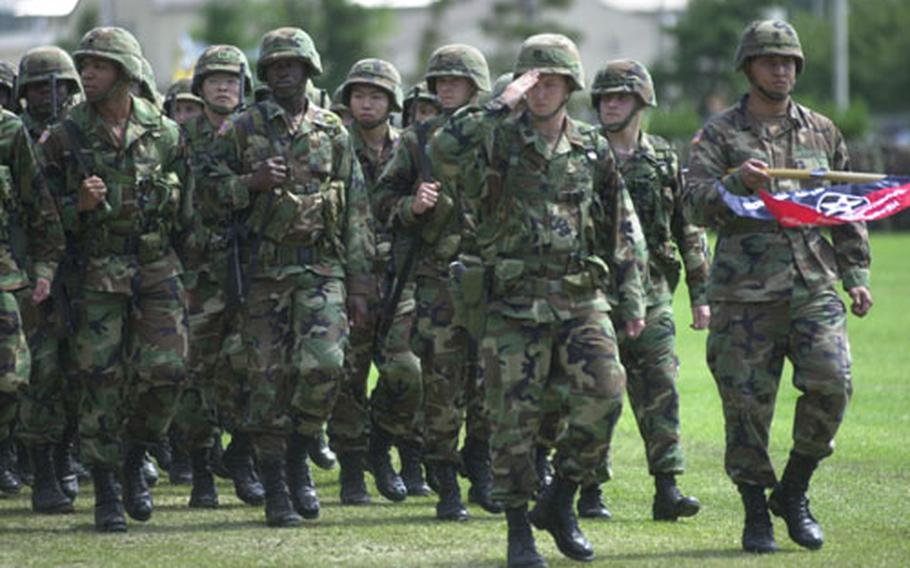 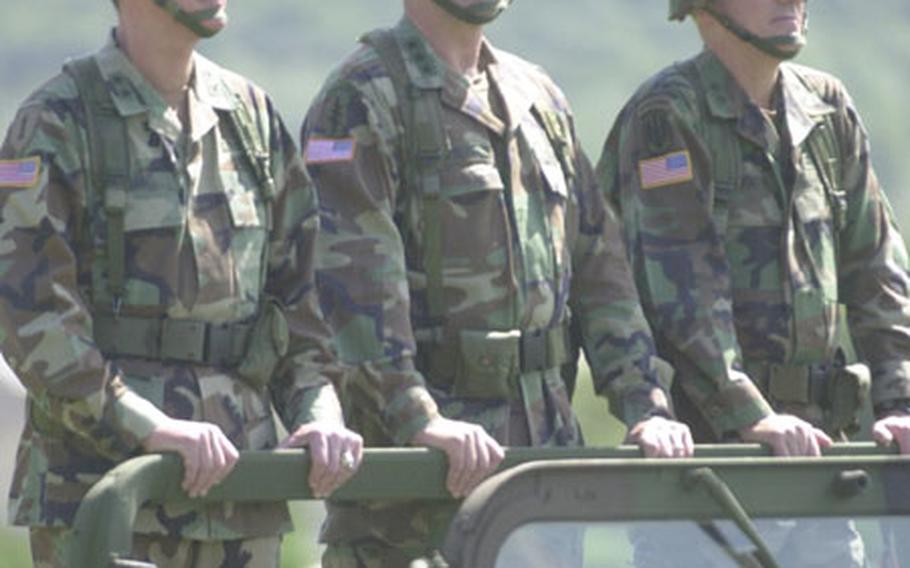 CAMP CASEY, South Korea &#8212; Citing a mix of &#8220;humility, pride and gratitude,&#8221; Maj. Gen. George A. Higgins took command Tuesday of the 2nd Infantry Division at this base just south of the Demilitarized Zone.

Higgins takes charge at a pivotal moment for the division, with one brigade on a yearlong combat deployment to Iraq and the forces left in South Korea consolidating and closing several of its northern-most installations.

In his brief comments to the assembled generals, soldiers and local South Korean officials, Higgins dedicated himself to the division&#8217;s soldiers, who are &#8220;quietly and steadfastly serving the nation in the vital mission of deterrence here on the Korean Peninsula.&#8221;

Higgins, most recently the U.S. Forces Korea and 8th Army deputy commander for operations, served with 2nd ID in the early 1990s.

Higgins takes command from Maj. Gen. John R. Wood, a West Point classmate. They graduated in 1972. Wood, who goes on to the U.S. Joint Forces Command, leaves the division after what he acknowledged were &#8220;tough times and challenges&#8221; for both the division and the U.S.-South Korean alliance.

But, he said, &#8220;the division is better off, our alliance is stronger and our communities much closer to our hearts because of the honesty of our dialogue, the sincerity of our efforts and the innovation of our work.&#8221;

Wood recalled taking command about two years ago, amid the aftermath of two young South Korean girls being run over and killed by a 2nd ID armored vehicle. The incident touched off months of protests, including one on the rainy day Wood assumed command.

&#8220;The monsoon rains soaked all of us on the field that day and the nearby vocal demonstrations threatened to drown out the oratory. What a celebration of democracy,&#8221; Wood said Tuesday. &#8220;You had the pageantry of this changing of freedom&#8217;s guard and the chorus of free speech close by. It was a dramatic start to the most fulfilling, rewarding two years of service we&#8217;ve ever known,&#8221; he said, referring to himself and his wife, Margaret.

But over several long months, Wood said, the division made great strides in healing the rift and making itself less of a burden on the communities near its bases.

Wood spoke about the 2nd Brigade &#8220;Strike Force&#8221; troops deployed to Iraq, noting that Tuesday&#8217;s change of command came just one week after the 2nd Brigade assumed the duties of the 1st Brigade, 1st Infantry Division near Ramadi.

&#8220;This interesting convergence highlights the important reality facing our Army today,&#8221; Wood said. &#8220;Operational deployments are no longer the exception but the rule. Fully 80 percent of our Army is operationally engaged serving our nation, protecting our interests, protecting freedom and supporting our allies.

&#8220;This is important, hard, often dangerous work accomplished every day by these soldiers on the field who represent all those in the ranks of this magnificent division. We owe them our respect, admiration and care.&#8221;

Wood asked the crowd to observe a moment of silence for the three 2nd Brigade soldiers who have died so far in the Iraq deployment.

In closing his remarks Tuesday, Higgins noted how much Wood and his wife cared for the soldiers.